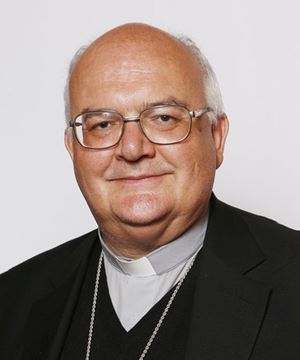 “Seeing such an overcrowding, the Carabinieri simply worried about public order.” Monsignor Gian Carlo Perego, archbishop of Ferrara-Comacchio is calm, speaking of the reaction of the population of Comacchio after the constitution, by the prelate, of the pastoral unit of the parishes of the city.to. This led to the union of the parish-sanctuary of Santa. Maria in the Aula Regia at the parish of the Cathedral. The faithful will react to the fact that it will no longer be possible to celebrate weddings in the Sanctuary from 1 September 2023. From the same date – explains Monsignor Perego – only the funeral of the Franciscans of the Immaculate will be allowed in the Sanctuary, to whom the Sanctuary and the members of the Brotherhood.

“Nobody forbids building, explains the archbishop, a new pastoral practice that after the celebration of a Baptism in one of the parishes of Comacchio provides for a passage to the Sanctuary for an act of entrusting the baptized and parents to Mary, or that after a marriage you can make a stop at the Sanctuary for an act of entrustment of the spouses “.

“Shame, shame. You came to Comacchio to ruin our territory “, was the accusation of a group of people who gathered near the cathedral of Comacchio on Monday evening to challenge the archbishop who was there in meeting with the members of the Pastoral Council and the Economic Council. The prelate wanted to go to the lagoon town to explain the reasons for his decision after having heard the College of Consultors and to leave no doubts. A decision, explains Monsignor Perego trying to calm the waters, born “for the good and the care of the faithful” with the birth of the pastoral unit including the parishes of San Cassiano, Santo Rosario, Volania and Raibosola“And this guarantees a unitary work, a collaboration between priests, between priests and laity, and an enhancement of structures”.

It is certainly not the first case in Italy: it is now a consolidated practice in various dioceses to establish pastoral units with the unification of some parishes. A decision that, however, did not convince the people of Comacchio and warmed the minds. This is because – explains Monsignor Perego, “there is always the fear that every change or renewal impoverishes a territory”.

“I believe”, he adds, “they are important choices, which enrich the city of Comacchio and our Church with a new vital lymph, because they give us a Pastoral Unit with a community of six priests and the grace of a diocesan shrine dedicated to Mary, with a Franciscan religious community of which one member will be the rector ”.

The Archbishop of Ferrara wants this sanctuary, dedicated to Santa Maria in the Aula Regia, to become a center of spirituality for a liturgical and evangelizing action, with the care of the celebration of the Eucharist, of Eucharistic Adoration, of the celebration of the sacrament of Reconciliation. and with moments of spirituality (retreats and days of prayer) for children, young people and families, as well as the promotion of Marian devotion especially in the months of May and October, in collaboration with the Confraternity of Santa Maria in Aula Regia. Therefore nothing that cancels devotion: indeed “it strengthens its role”.

“I am aware that any change can create discomfort at the beginning”. The archbishop is also certain that the decision will represent a new stage for the life of the Sanctuary and for the Christian journey of people and families, of “our communities, to make them become places – as the Pope also said – in which to ‘regenerate one’s faith in Jesus crucified and risen, in which to share one’s deepest questions and daily concerns, in which to discern in depth with evangelical criteria on one’s own existence and experience ”».

Certainly, concludes Monsignor Perego, “very bad disinformation via the press and social media did not correctly present the reality of pastoral unity and the birth of the diocesan sanctuary”.

“The lymph sanctuary of the new pastoral unit: Marian devotion strengthened, not canceled”