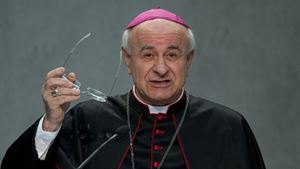 «The 21st century is considered by scholars to be the century of old age. Without making noise, but without stopping the elderly have increased in number: in only one hundred years (from 1900 to 2000) the inhabitants of Western countries – but it will soon be the same in others – have gained thirty years of life expectancy more at birth: three more months every year, one year every four ». That’s why according to Monsignor Vincenzo Pagliapresident of the Pontifical Academy for Life, catechesis on the third age was needed.

“The growth in the number of the elderly is not a decline: it is a great achievement. By 2050, the elderly will reach two billion, 22% of the world population. In Italy it is already like this: today, Italians over sixty-five are 22% of the population. Yet the opposite seems to be true in our society: not only is a long life not considered a blessing, it is considered a shipwreck. As if the elderly took away space from the younger generations; increased spending on health because they were disabled; did not keep up with the times. In short, too much weight for an impoverished society! What irresponsibility! On the one hand aging is a success of society, on the other it is rejected ».

Hence the absolute need for reflection: «A new reflection is urgently needed, a less distracted policy, a more attentive spirituality for this ‘new people’ of elderly people who have appeared on the planet. It is not just a question of “aging well” but of making this long time an opportunity so that everyone can grow in a supportive, fraternal and friendly perspective. A “bad” old age must be avoided. But this will inexorably happen if we fail to develop a new vision for the future of the elderly, if we fail to design a new future for this new people ”. And here are the catecheses of the Pope, The long life. Lessons on old age. “We need a supplement of thought, a moral boost, a new political culture on old age and a renewed reflection, also religious to design a society that respects the “third age” and the other seasons of life. In this wide horizon, old age can represent a reserve of historical memory and spiritual life that it gives society a supplement of oxygen, starting – if we think of the elderly believers – from the prayer that in the time of old age it is easy to intensify. Prayer is a very precious gift that the elderly can give to society and to the Church ”. 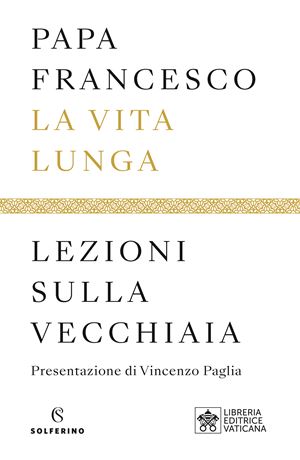 The volume of catechesis published by Solferino


An alliance with the elderly that matures in the heart of the twentieth century within the Church: «John Paul II pushed towards a more careful consideration of the elderly. Just remember the Letter to the elderly who, now seventy-nine (we are in 1999), he wanted to address, in fact, “To my elderly brothers and sisters”. With the new millennium imminent he invited them to actively build the new future together. Benedict XVI took up the solicitations of John Paul II and reminded the Churches to take the elderly into account, “recognizing them a great wealth under the human and social profile, as well as under the religious and spiritual one “(2008)». Now Bergoglio: “It is a question of growing in sensitivity, inclusion, flexibility, to face the new demographic scenarios and to experience aging as chance. The whole society will benefit from this perspective: a scenario of greater social and generational cohesion. A new vision is needed to perceive the complexity of this new continent of elderly people who populate the earth ».

With an appeal to the elderly themselves: «First they must promote in them a new awareness of old age, no longer understood as a residual period of life. Old age is not a slow and sad farewell ceremony. Pope Francis wanted to take up the spiritual challenge of old age to the point of instituting a special liturgical feast to celebrate the figure of grandparents on 23 July. It is through the presents Catechesis that the Pope proposes a more articulated and comprehensive help to the elderly – in particular believers, but not only – so that they face this last age of life as a time of grace, an opportune time, a time of growth even if the body becomes frail. It is the time that leads one’s existence to fulfillment ».

Catecheses that speak to everyone «why Lhe human life, as a whole, shares events at every age that remind her of her constitutive vulnerability. Covid has given us a profound lesson: we are all – and everything – constitutively fragile. Frailty is not a disease to be cured of. It is our human condition to understand and to make a cause for mutual care. It is the strength of fragility: taking care of each other, at all ages. Reeducation to the human condition, nailed to the materialism of values ​​and the technocracy of potentials, has become a global challenge. The game is that of reconciling the ages of life: the challenge is the search for a new alliance between generations. And in particular among the elderly and the young. It is a game of honor in favor of life, considered in the entirety of his passages ».

Pope Francis, in the cycle of catechesis dedicated to the gifts and challenges of old age, “courageously follows this path: his message” to the old “is complementary to that which faith addresses to the young. The gifts of old age allow youth to be in tune with the whole of human life. Old age has its own special ability to care for youth, which reverses the relationship considered most obvious and natural. Old age must constitute an irreplaceable garrison for the custody of our initiation into the transcendent value of life, communicating to youth the certainty of its hoped-for destination to fulfillment ».

The overlapping of generations “is a gift and if the old do their part, it is a blessing that makes the certainty of grace circulate in the new generation. There is not only the testimony of the overlap, which supports initiation. There is also that of dismissal, which leaves in time a good legacy, an honorable testimony, a loving delicacy “.

There are many biblical examples from Noah, to Anna and Simeon, to Eleazaro to Giuditta, to the friendship between the young Naomi and Ruth. “When the elder does not surrender to resentment and disenchantment, refusing to think of God as a gambler, indifferent to human losses, his testimony is unbeatable. It is a real service to the generations. The ancient ars moriendithat noble meditation de senectute elaborated as a decisive chapter of the sapientia vitaemust rediscover its worthy horizon as an indispensable complement toethos and the ethics of the human condition. It will not simply deal with the obsessive theme of the threshold of death: its depth will be occupied by the passage to the destination. Old age definitively illuminates birth. This time not at the entrance into earthly life, but towards fulfillment in the Eternal. For a generation that feels dying at an early age, the old man’s reassuring hand will have to make a difference. It has to happen now! So Pope Francis tells us, with his words on old age ».

The lectures of Pope Francis on old age