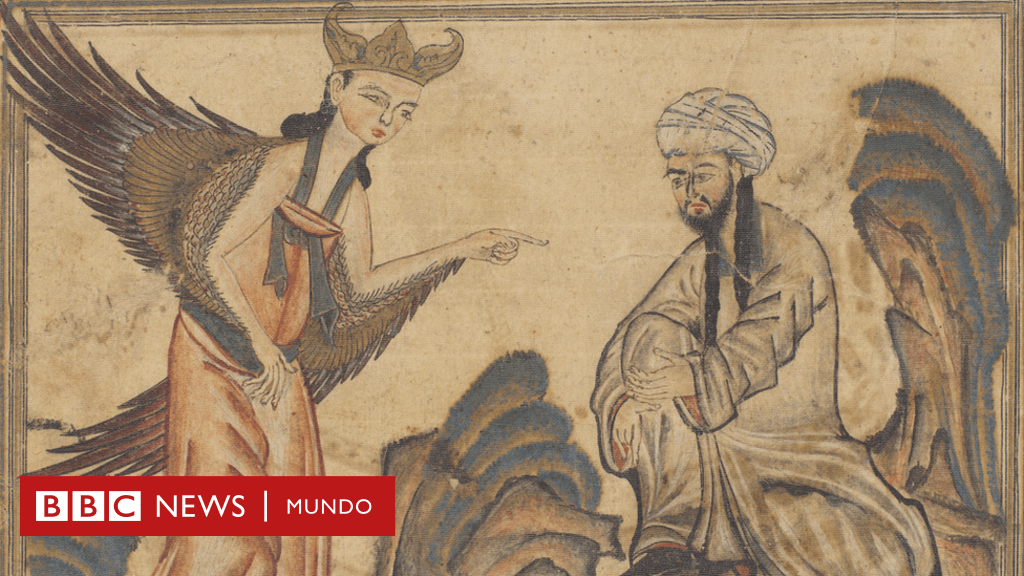 Religions need founding myths. In the case of Islam, this milestone is the so-called Hegira, the migration of the Prophet Muhammad (571-632) and his followers from the city of Mecca to Medina, both in present-day Saudi Arabia.

The route, of about 500 kilometers, was conquered in 12 days.

Muhammad, or Muhammad, was already a respected religious leader. Considered a messenger of God, called Allah by Muslims, he promoted reforms in both Judaism and Christianity, as well as combating polytheistic pagan religions.

This made him the target of hostilities in Mecca, his hometown.

Imbued with its principles and invited by the leaders of Medina, decided to promote this exile movement.

He was already over 50 years old. According to the Gregorian calendar, the Hijra occurred exactly 1,400 years ago.

“In Mecca, the Muslims were being persecuted. There was a lot of violence, a lot of disputes, a lot of aggression. A group of converts to Islam (from Medina) went to the Prophet Muhammad to tell him that he could carry out (his project) there, that it would be important because there was a dispute between Jews and people who were idolaters,” explains anthropologist Francirosy Campos Barbosa, professor at the University of São Paulo (USP-Ribeirão Preto) and author of the book “Hajja, hajja: the pilgrimage experience.”

“And that (the arrival of Muhammad) was also important to pacify those differences that existed there”.

“In general terms, the Hijra was the immigration of the first Muslims, historically, to the city of Medina and also to Abyssinia, more precisely where Eritrea and Ethiopia meet,” explains the religious scientist Atilla Kus, researcher and teacher of the Pontifical Catholic University of São Paulo (PUC-SP), and author of the book The Constitution of Medina.

There is no consensus on the exact date of this historical event. For several reasons. Starting with the fact that the count of time back then was different from today.

Then, because for Muslims, who consider the Hijra precisely as ground zero, the calendar is lunarunlike the Gregorian calendar used in much of the contemporary world.

The Gregorian calendar itself, by the way, was implemented much less time ago – 440 years ago – and before that so many adjustments were made from time to time to correct distortions in the counting of time that it becomes very difficult to make an accurate update.

There are those who maintain that the Hijra began the June 21, 622. But there are also those who cite July 15 or 16, or even dates in the month of September.

In the Muslim account, whose calendar is shorter than the Gregorian calendar, which is solar based, the central Hijra event occurred 1,444 years ago.

“And in that evil is considered a society that has evil and injustice in it.”

“The Hijra is not only a physical immigration of the body to another place, but also a theme that involves spirituality,” he explains.

“The true immigrant to Islam He is the one who distances himself from what God has forbidden, from what is sin”.

In this sense, when the Hegira occurred, Kus contextualizes that it was the overthrow of “an unfair, unequal society that persecuted different opinions.”

It is interesting that the theme of the Immigration appears as fundamental in many religions. Moses would have freed his people from Egypt and led them to the promised land.

Jesus Christ was born in Bethlehem because Joseph would need to enlist there, in a census that was taking place. And Jesus himself, in adult life, would become a pilgrim preacher.

The same happens with Siddhartha Gautama, the father of Buddhism, who at the age of 29 would end up leaving the palace where he lived. to start a wandering life.

“I find it very revealing that there are such similarities between religions. They are coming out of places of oppression to places where people can live their religiosity and spirituality in the best possible way,” analyzes the anthropologist Francirosy Barbosa.

“It’s as if God sends a signal to those suffering people that there is a possibility of some redemption, a welcoming place where people can exercise, practice their religiosity. All these religious experiences, the sacred texts, mark this. So that one of the pillars of the Islamic faith is to believe in sacred books prior to the Koran, such as the Torah, the Psalms of David, the Old Testament… Because these texts also bring references to stories that are important to tell.”

In Medina, at the time called Yatreb, the first Muslims established, according to the religious scientist, an “identity demarcation” that it would end up constituting the “beginning of Islamic civilization.”

“In the text of the Koran, the idea of ​​social teachings begins, the Koran begins to have the tone of social normativity, teachings on how the Muslim should behave within the family, with others, how is the attitude of a merchant, of a farmer, a seller, how it should be and what are the principles of a government according to Islamic principles”, he explains.

For scholars, Medina became, at that time, a model city for islam.

“There is the idealization of the virtuous city, the one where there would be no injustice,” says Kus.

Barbosa explains that, at that time, the Koran was in the process of being written. He points out that the suras, the name given to the chapters of the holy book, “revealed” in Medina are different from those in Mecca.

“Usually, the suras revealed in Mecca had expressions like ‘oh people’, ‘oh humans’. In Medina, the address is ‘oh believers’, because there God was already speaking to the faithful. In Medina, the people She’s already a Muslim,” she emphasizes.

In Medina, Muhammad establishes a constitution with the principles of Islam in the form of government. “That is why the Hegira is the gateway to a totally Islamic society,” sums up the anthropologist.

There, rules are established such as the annual fast, the prayers, the annual contribution that must be made based on the earnings of each Muslim.

“The rules are put into practice. They take a format, a formula. Some of these things were already done in Mecca, but not exactly like today, within a religious structure. Religious practice was established in Medina,” Barbosa points out.

Kus, a scholar on the subject, believes that democratic principles were visible in the original society of Medina, as few were at that time.

“From my point of view, The Hijra also symbolizes this: the relationship between Islam and democracy.”comment.

“There is a very strong relationship. The Medina constitution was a document signed by polytheistic Christians, Jews, Muslims and Arabs at that time.”

The text was formulated between the years 622 and 624 and, according to Kus’s research, it had a “very strong opening to freedom of expression”, which allowed, “after many centuries”, that there was “for the first time a political union between Arabs of different segments in a properly Arab society at that time”.

“In this sense, we can see the Hijra as a confirmation, a political and democratic affirmation from respect to the search for freedom without renouncing the freedom of others. Something like ensuring freedom so that your freedom is also guaranteed, “he says.

The understanding of the Hegira as the zero point of the Muslim calendar was the work of the second caliph, that is, the second successor of Muhammad.

Umar Ibn Alkatab (586-644) he led the Muslims from 634 to 644 and instituted the calendar seven years after the death of the founding prophet.

“In ancient Arab society there was no fixed calendar, the dates always diverged because they were something like ‘this happened so many years after this event’. To avoid confusion, the caliph systematized the calendar starting from the Hegira,” concludes Kus.

Now you can receive notifications from BBC News World. Download the new version of our app and activate them so you don’t miss out on our best content.

The exile of 1,400 years ago that marks the beginning of Islam – BBC News Mundo

Don Fernando Manna: 42 years of Mass, of brotherhood and communion of life. He is now at Guardialfi...
"Battiato in quota, our homage to his art"
The municipality delivered training certificates to more than 300 enterprises
Tweet
Share
Share
Pin