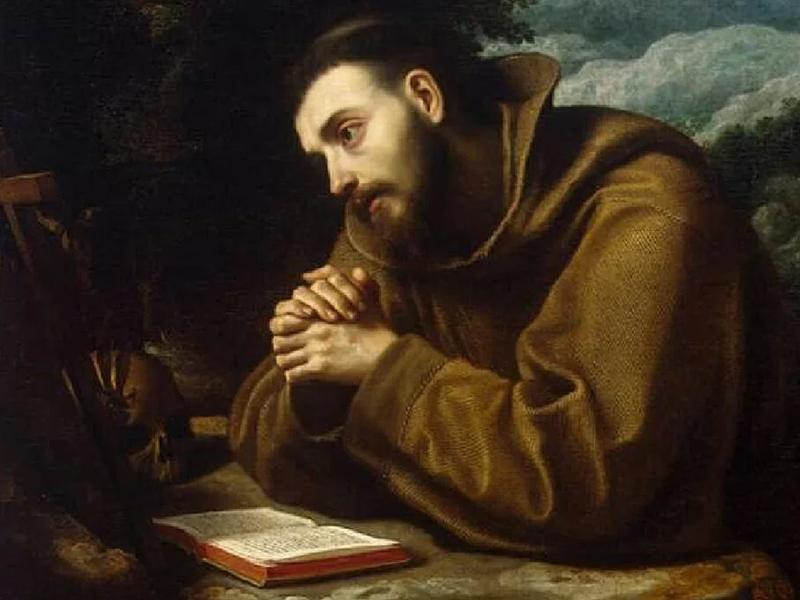 The feast of the Body and Blood of Christ

Corpus Christi, the body of the Lord. He says all this feast: he speaks to us of the importance of the gift of the Eucharist. A party that tells us how much Christianity is concreteness, not “far-fetched” philosophy; not ideology; nothing closer to us. The body speaks and Christ speaks through his Body. Saint Francis of Assisi knew well that-according to his first biographer, Tommaso da Celano- “he burned with love in all the fibers of his being towards the sacrament of the Lord’s Body“. And always Thomas of Celano, he adds, that the saint of Assisi”he communicated often and with such devotion as to make others also devoted. One day, then, he wanted to send the friars around the world “with precious pyxes, so that they could put the price of redemption in the most worthy possible place, wherever they saw it preserved with little decorum.“.

Respect for the Sacrament of the Eucharistrespect for the Body of the Lord. These are important lines of his spirituality. And, after all, it could not be otherwise, given its profound relationship with the body. Ultimately, this is a vision to be discovered and rediscovered of the relationship with the Lord Eucharist. We know well how the holy Poverello is usually seen. It is natural to see in him that sensitivity and closeness to the poor; he, first of all poor among the poor. But this sense of a religious man who looked to Corpus Domini with deep veneration and respect, giving immense importance to everything “needed” to expose the Blessed Sacrament, makes us discover a very high theologian St. Francis, in his proverbial simplicity.

It would be enough to quote the letter to the General Chapter (dating back, most likely to after 1221, in which we find a real “praise” at the Lord’s Table: “Mankind trembles, the whole universe trembles, and heaven rejoices, when on the altar, in the hands of the priest, is the living Christ son of God.“. St. Francis was more than aware of the preciousness and royalty of the gift of the Eucharist. For this reason, the Poverello (and we use this name not by chance) was more than clearly sure of how much the whole” apparatus “for the Eucharist, should be “worthy” of the spiritual treasure of Communion. Let’s read what Francis says about it:

“The chalices, the corporals, the ornaments of the altars and everything related to the Sacrifice must be precious. And if the Most Holy Body of the Lord is placed in a miserable way in some place, according to the precept of the Church, let it be placed by them in a precious place and kept and carried with great veneration and in due way given to others (.. .) And when it is consecrated by the priest on the altar and is carried somewhere, all, on their knees, give praise, glory and honor to the Lord God living and true.“.

It is important to place these words in the time that the saint lived. The panorama of the Church, in the time of Francis, was certainly not edifying: priests who, to earn with masses, celebrated several times a day; others, on the other hand, abandoned the tabernacle which even became a den for rats; he asked that they were not cared for, neither for appearance nor for cleanliness. Faced with all this, St. Francis, towards 1222 will undertake a real campaign of “rehabilitation” of the Blessed Sacrament. In his Recommendations, for example, addressed to all priests, he writes: “Let us take care, those who are clerics, to avoid the great sin and ignorance that some have regarding the most holy body and blood of our Lord Jesus Christ, the most holy names and words written by him, which consecrate the body. We know that there can be no body if it is not first consecrated by the word. In fact, we have and see nothing bodily in this world of the Most High himself, if not the body and the blood, the names and the words by which we were created and redeemed from death to life.“.

The Eucharist for Saint Francis

Filippo Neri and that mark left on Rome
This is how the first feminists of the twelfth century, known as the Beguines, were and lived
Hubert Joly : « L’entreprise, ce n’est pas que du profit »
Tweet
Share
Share
Pin