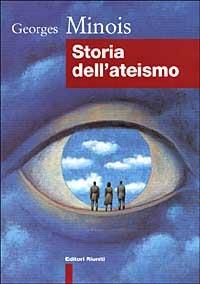 Why does humanity still need religions today? The famous essay by Georges Minois

Religions, especially monotheistic ones, are intolerant. Their beliefs clash with scientific evidence. The same undeniable presence in the world and in man of Evil, of diseases, of suffering, of pain, constitutes the simplest proof of the non-existence of a divinity that is both good and omnipotent. Religious constraints, often bordering on superstition, and sexual repressions are the cause of psychic problems. A world populated by people who behave according to high ethical principles not conditioned by religious moralisms would be better. So, is atheism the solution?

The oldest of the atheist organizations is Indian: it is the Atheist Center of Vijayawâda (1940). In his own 1972 publication, positive atheismissues a condemnation without appeal of the best-known religions, exalting the atheist position: «The Hindus speak with grace of theadwaita, or units, but treat their earthly companions as pariahs. Christians speak of love, but they are everywhere engaged in warfare. Muslims speak of fraternity, but they take pleasure in exterminating other believers. […] Declared atheism is a necessity for building a moral, solid and complete man». These and other similar affirmations, Enlightenment and rationalist, are plausible, sensible, right. However, with varying degrees of intolerance, all religions continue not to recognize in atheism a form of spirituality and the possibility of a dialogue; some do not admit it and, in theocracies, condemn atheists to death. And, unfortunately, with a population of eight billion people, most of them in conditions of poverty and ignorance, we do not see on the horizon a decline of religions and their replacement with new spiritualities that make life better for humanity and of the other beings that inhabit planet Earth. To have a historical and philosophical picture of atheist thought, an essay to read is History of atheism (Editori Riuniti, pp. 672, € 32.00; but it is also discounted at half price) by the teacher of religious mentalities Georges Minois. First released in France in 1998, the original title Histoire de l’atheisme. Les incroyants dans le monde occidental des origines à nos jours makes the contents of the work better. 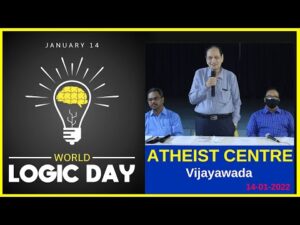 The volume traces through its twenty chapters the ideas, the philosophical thought, the events and the characters, often martyred, who have manifested skepticism, disbelief, aversion towards religions. The overview is necessarily limited to Europe and, in particular, to France, and above all concerns Catholicism. (And we should add that precisely the transalpine country, homeland of modern atheism, has also become, on the one hand, the first secularised and today desacralized and practically non-Catholic European nation, and, on the other, paradoxically but perhaps not so much, the first to be colonized by Islam, and often by the most reactionary). Among the tastiest chapters there is «the manifesto ofAbbot Meslier». In fact, there are many unbelieving priests who meet in Minois’ essay. Not only that, but various narrated episodes demonstrate that even in the past anti-clericalism and skepticism were more widespread than one might believe today and that very often it was the popular classes who revealed them, in – let’s say – “colorful” ways. 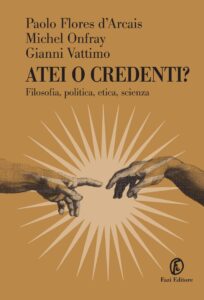 However, after centuries of atheism and militant anti-clericalism, we do not see a new spirituality on the horizon that replace the old ones. In his The elementary forms of religious life the same Émile Durkheim he admits: «A living cult can only spring from life itself, and not from a dead past. […] The great things of the past, those that enthused our fathers, no longer awaken the same ardor in us either because they have entered common use to the point that we are no longer aware of them, or because they do not respond to our current aspirations; and yet nothing has been produced to replace them.’ Religions can also be considered false and have negative effects, however their persistence over time has various reasons that must be sought (in this regard, one can also read the thought of the sociologist and theologian Peter Ludwig Berger). The first, more banal and materialistic, is that according to which religions are a formidable thing instrument of manipulation (and mobilization) of the masses for political and power purposes. Christianity was probably first one of the factors of disintegration of the Roman Empire, but later, sometimes also with the throne-altar union, it made it possible to save the classical civilization and built a new Europe under its sign. One of the traits of Islam is the lack of separation between religion-politics, sharia-morality, with the consequences that we have before our eyes, but it is capable of uniting one and a half billion people.

Religions, in fact, cement and strengthen communities and states: this is the aspect that the politician must value. It’s about the thought of Niccolo Machiavelli and many others. The Florentine also wrote: «No greater indication can be had of the ruin of a province, than to see divine worship despised» (Discourses on the first Deca of Tito Livio, 1531, book I, chapter 12). The community, moral, national decline of Western societies seems to be the most valid confirmation of this: once the presence and importance of Christianity has declined, we see more disintegration than a better community. This reflection leads us to one second function of religious beliefs: the (in)civil one. 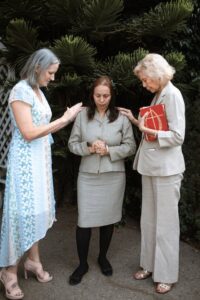 The man (category also including women, gays, trans and everything you want, excluding the poor animals) it is not good by nature; to push him to a minimum of moral behavior he needs some brief and simple rules and he must have introjected the sense of guilt and the fear of an inexorable divine punishment. Third, essential function of religious thought, that of psychological support (and even psychoanalytical): the impossibility of single individuals, without particular cultural and interior paths, to accept the natural reality and the consequent anguish of life. How do you deal with the constant, daily fear of illness, accidents, misfortunes, misery, aggression, violence, death, without being accompanied by a sort of “magical thinking”? What ordinary person is able to courageously accept a ruthless philosophical vision of life such as those of Leopardi, Schopenhauer, Cioran, Caraco, and so many others? Here, then, we conclude our very modest reflections, without being able to provide an answer on the value and usefulness of religions and atheistic free thought and on any possible choice between them…

The answer (right but impossible) of atheism

Day of the Dead, between sorrowful intimacy and jovial familiarity
World Travel Market: in London there was talk of the future of tourism
Fuentes musicales y tradiciones
Tweet
Share
Share
Pin