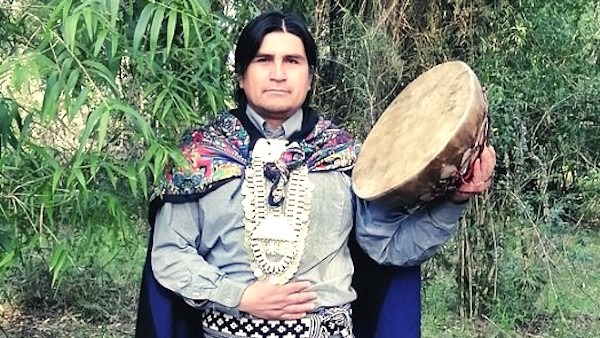 Lawentun is a Mapudungun word that in Spanish refers to any act of one person towards another that can heal, from a simple conversation to a massage, taking therapy, performing an energy cleansing, delivering herbs for medicinal use, among others. This, which in Western terms can be equated to the word service, is what the machi Manuel Pilquil (41) offers, in a practice that mixes the use of plants and herbs with medicinal use, magic, akashic records and other tools.

An inhabitant of the banks of the Cautín River in the Rulo sector (Araucanía Region), Pilquil felt the call to the mission ten years ago after a severe lung disease. In a virtual interview, he explained that the “spiritual awakening” of a machi is related to breaking episodes that occur in his life, such as deaths, illnesses and other periods in which they appear. tranceswhich in western terms is equivalent to saying that the person declares himself possessed by certain revealing spirits.

From there, their path, like that of other machis who start their journey after the call, is to visit other more experienced machis, who make a reading of what is happening to them since the appearance of trances is confusing before recognize the experience as such.

If several and/or several machis coincide, the diagnosis is clear: you were called to fulfill that role. After being clear about this, the person chooses a machi with whom they have the greatest affinity and begins as a machi, a student who secludes himself between one and three years to learn about herbs, Mapuche philosophy, behavior, language, rituals, knowing types of spiritual phenomena, nature and its phenomena.

“When it happened to me, I felt a strong spiritual shock because the call to a new path and life, one ceases to be common and they look at you as someone special,” reflected Pilquil. “And the family occupies an important place in this process because one can accept or not that spiritual position and it is part of that decision and later also of the exercise,” he added.

Before assuming the role and devoting himself 100% to the task of healing, Pilquil lived in the city and worked in different places, but when “the mission arrived” he returned to the lands of his ancestors: “Once you take this path comes that of unlearning, decolonization, spirituality is different from the Western one, I never practiced Christianity but since I live in that context I was somehow impregnated with it,” he said.

“There are diseases that have a spiritual background”

The beginning of a machi requires the installation in his ancestral territory, where he provides his attention, although in the case of Pilquil he also consults Santiago, other areas of the Araucanía Region and sometimes virtually. In all cases, the exercise of it is accompanied by elements such as a ruca (Mapuche house) or a rewe (altar used in ceremonies).

In addition to the machi, who can be male or female, there is the figure of the lawenche. They deliver medicine based on plants and herbs for medicinal use, they also apply massages or other techniques as the machi does, but the difference is that the latter “has a connection with the divinity,” said Manuel Pilquil.

“Among the lawenches there are people who are dedicated to the treatment of bones and also other specialties, for example midwives are dedicated to the management of pregnancy, childbirth and healing of the reproductive system,” he mentioned from his home through Zoom, while a hen clucked and a ray of sun rested on his face at noon. 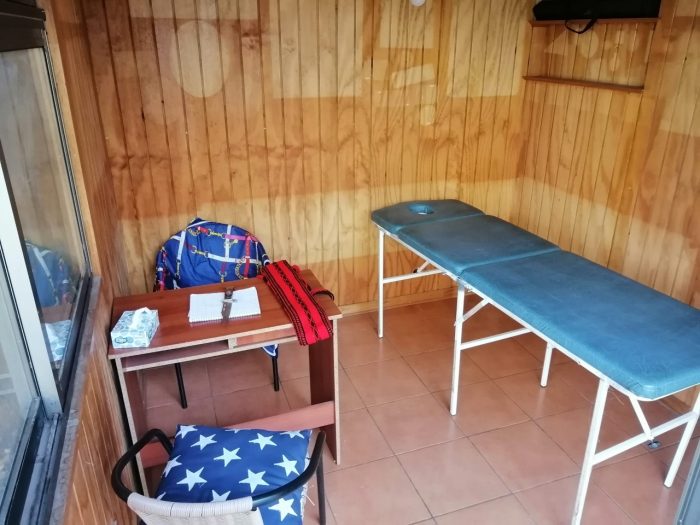 The query of machi Manuel Pilquil

According to his story, the machi occupies his knowledge when necessary or during ceremonies such as nguillatún (religious ceremony in which the well-being, strengthening or union of the community is requested or the benefits received are appreciated). In the case of medicinal use, we speak of “healing”.

Many and many Mapuche kuchan (patients) and also winkas (non-Mapuche) arrive at Manuel Pilquil’s consultation and in the case of the latter, he stressed that, in general, they come to him for “not finding causes or solutions to their problems” then to be treated in Western medicine, which, in his opinion, is related to the fact that Western medicine “sometimes fails to see certain things because they were built on a Western paradigm” so “there are diseases that have a spiritual background” that they do not recognize.

“Healing is an alliance for well-being”

In a first Mapuche consultation, which must take place in the morning, the patient carries the clothes in which he slept inside a bag. By protocol, the machi must be accompanied by a person (who is usually the wife or a member of the family) who is considered “owner” of him and acts as an intermediary in the conversation that the three hold.

She communicates the problem expressed by the patient and from there the machi initiates a kuimi, a ritual of entering a trance. Together with his kultrul (a musical instrument typical of the Mapuche culture) and his clothes, he stands in front of the rewe and begins the trance where, through spirituality, he communicates with deities that allow him to take an X-ray of the patient and at the same time treat your problem.

“Healing is an alliance for well-being, it is helping the rider to get on his horse of life and learn to lead his purpose,” he explained through the metaphor. “The diagnosis and treatment is delivered in the same trance, but the latter goes in parts so as not to burden the patient with a lot of information, so it may involve one session or more, depending on the patient’s health situation,” he explained.

In addition to this “alteration of consciousness to communicate with the divinity”, Manuel Pilquil clarified, “there are machis who diagnose through urine, reading pulses of the hand, photos”, you can also review the background provided by medicine Western culture and add them to the search for the causes of the patient’s problem, “that is why complementation is important”, highlighted the spiritual referent.

Herbal medicine, frequently used in treatments, is usually associated with something “very simple”, such as “having tea” but “you have to know how to use plants”, recognize the doses used for different ailments and the importance of their ” frequency” and form of consumption, remarked Pilquil. “Furthermore, not only can they be taken, the plants and herbs can be used in incense and baths,” explained the Mapuche ancestral medicine specialist, who also offers workshops on the subject.

Spirituality, and with it the accompaniment of spiritual health, are one of the pillars on which the Mapuche people sustained their resistance to the threats of extinction and, despite its oral tradition, Mapuche ancestral medicine is as old as its history. However, despite the policies of medicinal interculturality, for Manuel Pilquil they are more “appearance” practices, since the hegemony of one over the other and the Western invalidation of Mapuche knowledge remain latent.

The ABC of ancestral Mapuche medicine, a knowledge that was forged and transmitted through orality