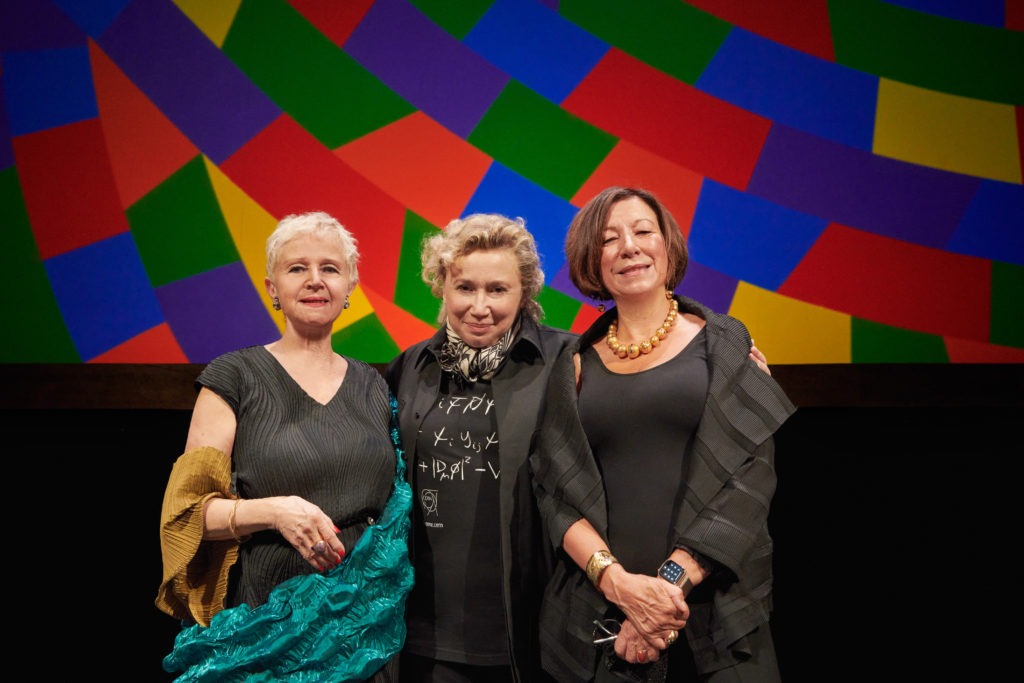 The British artist Tai Shani exhibits the work The Neon Hieroglyph, an installation produced by the Carla Fendi Foundation and by Mahler & LeWitt Studios, at Somerset House in London.

These include the production of works of art in support of international artists, as for the opera The Neon Hieroglyph by Tai Shani.

This synergy arises from the will of Maria Teresa Venturini FendiPresident of the Foundationto make a contribution to the precious activity of the Studios in the city of Spoleto, by financing the production of works by contemporary artists and a long-term residency program for young artists and designers.

Produced by the Carla Fendi Foundation and by Mahler & LeWitt Studios, The Neon Hieroglypha sculptural installation originally made for Spoleto64 Festival of the Two Worlds by the British artist Tai Shani, winner of the Turner Prizehas now been refurbished for ‘The Horror Show! A Twisted Tale of Modern Britain ‘ at the Somerset House from London: a great collective exhibition that from October 27, 2022 to February 19, 2023, through the works of some of the most important and well-known exponents of contemporary art, he explores the way in which “horror”, transcending the genre, has influenced the last 50 years of the work of the most nonconformist and rebellious British artists.

Shani’s work – a depiction of an enigmatic ghost, adorned with tears and lucky charms – was originally placed in the public fountain in Piazza Mercato in Spoleto.

The installation is inspired by the artist’s research on psychedelia, feminism and myth and is part of the project The Neon Hieroglypha series of poetic reflections on the history of ergot, the fungus from which LSD is derived. Before industrial milling, ergot was sometimes grown in wheat crops across Europe.

In The Neon Hieroglyphthe stories of the ergot and the ghosts it inspired create apparitions of apocalyptic anxieties and utopian aspirations: pain and discord circulate through the same interconnected web of ecstasy and empathy.

“It struck me that Tai’s personal story has a strong connection with Spoleto, a place where his father passed away. ” says Maria Teresa Venturini Fendi. “I also believe that the atmosphere of the Sacred Wood of Monteluco, the sanctuaries and in general the spirituality of all of Umbria, rooted in centuries of mysticism and esotericism, have widened the field and the sensitivity of his research”.

To accompany the exhibition, Mahler & LeWitt Studios have released the full conversation they commissioned between Shani and former curators in residence Hana Noorali and Lynton Talbot.

Drawing on a range of topics, including medieval mysticism, science fiction and anarcho-communism, Shani discusses the ghost as a radical and transformative figure with the ability to transcend hierarchical narratives and to propose history, culture and criticism as a continuous process of ‘transtemporal collaboration’.

In the words of the artist “… there are these points of contact that you can connect together, creating a story… I think we live among ghosts, don’t you think? We continually live with the debris of history and the ghosts that surround us“.