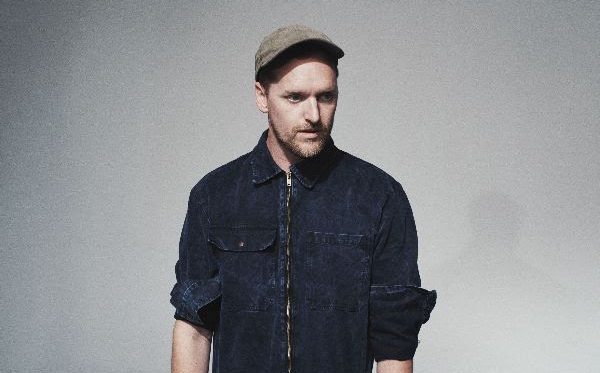 “It sounds very natural”, this phrase with which Christopher Michael Taylor describes his new album stayed in my head for a few days. First of all, because listening Trust there is an absence of forcing, everything flows as if the songs had been conceived in a spontaneous and constant creative flow. But the third disc of Sohn it is also linked to an idea of ​​nature; his electronics are anything but urban, rather he seems to seek humanity by taking refuge in uncontaminated places. It may be for this reason that Taylor at some point had to leave Los Angeles, where he had moved in early 2022 precisely to define the songs he was finishing, to return to that Catalonia that is now his home.

“It has been a difficult five years” – he confides to me Sohn while he is around in a taxi in a hot Milan – “I have tried several times to take up the discussion from the previous one Rennen, but in the end I had the courage to change, involving other people for the first time, opening up and showing myself vulnerable ”. Also for this reason it might seem natural a close correlation between the places and the artistic process of Trustbut “in reality this is the record less influenced from the outside: if Tremors was influenced by Austria and Rennen from California, this album is the sound of a man with my experience sinking into the machinery inside a room, a place that could be placed anywhere in the world ”.

This isolationist condition, however, has given rise to intimate pieces but open to many influences. For instance, Life Behind Glass it has a rather retro sound, indeed, as Taylor describes it, “it’s a trip hop version of Pink Floyd“, Then there is the folk of Riverbank that lets itself be bathed by soul. Sohn he explains to me that the main quality of his new album is that of being “welcoming”, or rather: “it is the feeling that I hope pervades the listeners, for me it is as if I extended my hand to them and let them enter my intimate space”.

Be careful, however, not to reduce this speech to a simple succession of pleasantries. Oscar Wilde said that whoever decodes the sign does so at his own risk and danger Trust there are no codes to decrypt, it is true that entering the world of Sohn it also means dealing with his demons, as perceived in the frightening voices in Montardit. It doesn’t give the creeps, but it also leaves a hint of spirituality on the album cover. Taylor explains to me that it is the work of the Indo-Dutch artist Jamel Armand: “his art brings together the two souls of his background, but is more influenced by the memory of his ancestors. All this fit perfectly with the basic idea of Trustthat is the good fortune to receive support from your family and friends, the feeling of feeling safe and being looked after by your loved ones “.

In all likelihood, the best description of the music of Sohn neither the person concerned, nor critics or journalists wrote it. A few months ago, Taylor himself shared a tweet from user Mike Banski. “How to get the best mood: Heavy rain. In the car, alone. Any Sohn song. Volume at maximum, preferably bass too ”, this is the recommendation that at first makes both me and the good Christopher laugh. The art takes some time and then comments: “I think that’s right, it’s a great suggestion. Also for this latest album which, to tell the truth, I think is the most ‘human’ I’ve ever made. I mean, there is electronics as a basic element, but fears, feelings and emotions are in the foreground, like never before ”.

This clear difference with the past arose from several things. “In Tremors it was as if I was behind glass and the listener was watching me from a screen. But this album makes you feel like you are sitting in that room., With me and with the people I have involved, “he tells me. Sohn, who adds: “I think it’s the least pretentious record I’ve made, because I’m no longer trying to be an artist. I realized I am ”. This awareness and serenity are typical of those who have gone through hell and come out unscathed. In the course of the chat this abyss did not have a name, but from Taylor’s voice and words – as well as from the songs – it is clear that it is all behind. To listen Trust this also means giving further depth to the sense of confidence.