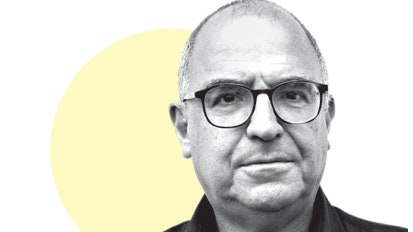 A shred of imagination would be enough to understand that from the messy gesture of an orange paint thrown on a symbol of Power – the Senate of the Republic, in Rome, the headquarters of the Stock Exchange in Milan – it is possible to extract an infinitely greater message. Don’t you agree because the dirt makes you horrified? Is it barbaric? Is it violent? Is it unacceptable? Very good. So try to imagine it multiplied a million times a day. How infinitely barbaric, violent, unacceptable it is to pour, for 100 years, billions of tons of paints, solvents, hydrocarbons and other poisons on all the walls of our lives, inside the seas and in the air, from the glaciers of the smeared Himalayas up to the plains of our civilized Ring Road.

The damage is so immeasurable that it is difficult to even notice it: we live in it, we breathe it, we chew it. For this we need that apparently reckless gesture of the Latest Generation eco-boys who, with a single can of washable paint and the screams of all the plumes of the nation, transform our distraction into amazement, and amazement into a small light that turns on the frames of our collective stupidity and on the incalculable disaster that we cause to the only planet that hosts us in the Universe. Paint is the harmless gesture of a portable scandal, but capable of putting us back in «connection with the soul of the world», as the monochrome white of an artist like Piero Manzoni can do to tell us about all the missing colours. Or the religious nude of Madonna that angers all religions that seek heaven in the vestments of their respective churches and not in the simple spirituality of the body, whether male or female.

At the end of the opening – and excluding the handcuffs hoped for by the blindest and most deaf – the sermon of the authoritative, always lined with common sense, was unleashed, who say: what is the point of that act of acclaimed rudeness? But do you really think you can solve problems with provocation? You are young, leave it to the grown-ups, they advise, holding up their index finger. As if the big ones – that is, we who have manufactured the assembly and disassembly of the world up to now – hadn’t already done enough to make it uninhabitable. It happened yesterday when the unarmed warriors of Greenpeace saved one whale at a time, assaulting the bow of the entire Japanese fleet in a rubber dinghy. And it happens today when a little girl cuts off a lock of hair to entrust it to the wind of the Net which is blowing the mantra “Women, life, freedom”.

Small gestures. Signs intended to tell us that at least we are alive and not yet completely indifferent to our common destiny. As the star just discovered by astronomers suggests, the last in the galaxy, before Andromeda. It’s a million light years away. It pulsates with such regularity, the scientists say, “that it seems like the heartbeat of the entire galaxy.” Maybe it really is.