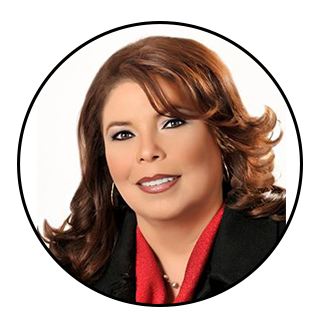 “Cobbler to your shoes”, goes an old popular saying, referring to the fact that everyone should do what corresponds to them and not meddle in matters that do not concern them.

And that saying applies quite well to clergymen who are more involved in political affairs than in applying it so that believers of the Catholic faith continue to go to church, that they do not change their cult or take the path of evil.

The task of priests is not meddling in political matters, their function is to defend religion, to work so that the number of believers increases or, once lost, those they have do not leave.

Evangelizing is the main duty of priests, giving peace, making people bet on spirituality, and yes, by the way, helping lost souls return to the path of goodness, but not going on marches and demonstrations against an electoral reform.

The above comes to mind because in the demonstration last Sunday, where thousands of people took to the streets, with mixed messages, because many of them did not even know what the real objective of the demonstration was, but they still shouted that they were defending democracy, there religious were seen leading groups.

In fact, a priest from Tampico, Tamaulipas, spoke out against the disappearance of the INE and the primate Archdiocese of Mexico spoke out against the electoral reform, well, the little fathers brought more movement and better discourse than that of many politicians or the organizers of the marches, the problem is that these matters do not concern them.

They bring a disorder in the church, but they are very dedicated to fixing political unrest, you would have seen, the grandmother would say that she was a very Catholic woman.

Citizens believe in the church, they take refuge in faith because they no longer trust politicians, clergy should not combine politics with religion.

If DON BENITO JUAREZ GARCIA were alive, he would die of sadness to see that what was fought for so much, for the separation of the church and the State, the clergy from politics, is once again a problem, today it is not even in the memory of many priests who are more entertained in political affairs than their postulates are religious.

Could it be that everything is the same? another revolution because sometimes it even seems that is the intention to polarize the population so much.

The fact is that many little fathers were very active in the marches and others even gave statements to the media expressing their rejection of the electoral reform, the political activism that the priests bring is also cause for concern.

Of course they are also Mexicans and as citizens they have the right to defend or demonstrate in favor of a democratic country, but the truth is not their business, the politicians who are in charge of dealing with political issues and the clergy who focus on take care of the interests of the church, to defend Catholicism more in these times when there are many influences that quarrel with the largest institution, the family, and its well-being.

In short, the situation is that in these times we see politicians very involved in the church trying to redeem their sins and priests meddling in political affairs, the legacy of BENITO JUAREZ has already gone to waste.

The most unfortunate thing is that neither politicians nor priests apply themselves to their orders, they are involved in everything except what they really should do, then they complain that people no longer respect them, they should pay attention to the old saying, Zapatero to your shoes.

She has a degree in Public Relations. She has collaborated with editorials in El Mercurio.
Currently his column Vida Diaria is published in the HOYTamaulipas Portal and the newspapers La Verdad de Tamaulipas, Expreso, La Extra, La Voz de Tula, El Tiempo de Mante and Astronoticias, El Bravo de Matamoros and Canal 10

Shoemaker to your shoes…