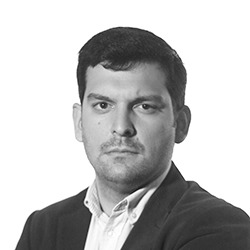 Seville will host the International Congress of Popular Religiosity in 2024. This was announced this afternoon by the Archbishop Monsignor José Ángel Saiz Meneses in the inaugural conference of the opening of the brotherhood course at the Cajasol Foundation with the title ‘Pastoral challenges and keys in post-pandemic times’where he presented the pastoral plans for the coming years.

Saiz Meneses commented that this event will be held in the city from October 9 to 12, 2024, just as it happened in 1999. That year, the then Archbishop Carlos Amigo Vallejo was in charge of organizing this meeting, where there were numerous conferences dealing with popular religiosity in brotherhoods and fraternities in the past, present and future.

In addition, during the congress, the Virgen de la Estrella was canonically crowned and, in various churches in the citythe steps of corporations such as Amor, Pasión or San Isidoro were mounted so that they could be contemplated by the faithful, devotees, brotherhoods and participants in the event.

In the conference given, he pointed out the challenges that exist in society after the time of the pandemic of the coronavirus and stressed that “we have gone from a modern society that sought solidity in great principles and great causes, to a postmodern society that is liquid and fickle.” Also, he pointed out in his speech that the “throwaway culture is another category that helps us to verify the consequences of the lack of reference to God.”

Also, other challenges that Saiz Meneses referred to were that of povertyonce again commenting that «the Polígono Sur de Sevilla is the neighborhood with the lowest average annual net income per inhabitant in all of Spain, followed again by Los Pajaritos and Amate and with a total of six neighborhoods in our city among the 15 with the lowest income annual average net income”, adding that society is facing “an exclusive economy, a new idolatry of money, a money that governs instead of serving and the inequity that generates violence, an economic order established exclusively on the desire for profit and the desire to excessive wealth, without consideration for the true needs of man, is doomed to failure.

Also, regarding the new technologiesrecalled the “importance of becoming aware that physical, individual and social life now also passes through technological and digital platforms where presence in public management or on networks are essential to announce the gospel”.

Faced with these situations that are experienced on a day-to-day basis, the archbishop pointed out that “we must have a testimony of a Christian life and brotherhood with worship and training as fundamental axes”, pointing out that in order to “offer this, it is necessary to live a strong and profound spirituality: a life of intense prayer, which is nourished by the Word of God and the sacraments; discover the Eucharist as the source and summit of their Christian life and of the life of the Church, and the sacrament of reconciliation as the encounter with Christ who liberates from sin, from the most radical slavery; discover the liturgy of the Church as the school where the most essential aspects are learned».

Other points that he analyzed in the speech were the challenges to be faced in the face of relativism and indifference of the dominant culture that exists in the day to day of society; the social work that is carried out in the brotherhoods and brotherhoods and that fights against poverty and migration, and the life of brotherhood in the face of what is known as the ‘digital swarm’ that invades people at all times with numerous comments coming from social networks and the rest of the internet.

Saiz Meneses explained that there is a series of attitudes like, for example, having a strong and profound spirituality within a liturgy; a sense of Church; a ‘walk in truth and humility’, or have a solidarity with human suffering.

Seville will host the International Congress of Popular Religiosity in 2024