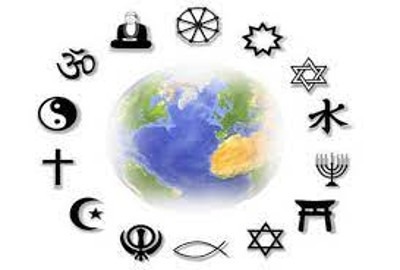 In this path of reflection that does not want to give certainties but to ask questions conscious of the fact that very few are the tools in our possession to be able to give an answer, the common denominator, at the moment, of what was dealt with was spirituality. And perhaps it will be necessary to be more explicit in speaking of spirituality, something so intimate that each of us relates to the transcendental. And precisely because it is so intimate, why make it subject to homologating legislation? What is the meaning of a religion today? Religion should collect the precepts of that particular relationship with Man and God, but why is there a need for rules? Is there a regulation on how to love a girl? Certainly there are inviolable principles such as not doing violence to that girl, but beyond those principles everyone decides how to live (or not live) that love. Why can’t the same thing be said in the relationship between Man and God? In the moment in which something so intimate is placed under a “legislative power” we are facing, perhaps, the death of that phenomenon. Religion, with all its codicils, becomes the death of the relationship between Man and God. And, in fact, the intimate relationship becomes a law to be respected, homologating, perhaps not always shared precisely because it is an intimate relationship. And those who do not conform to the dictate are “killed” because they are judged a heretic. An intimate relationship of which we must be afraid that everything is okay, therefore emptied of too much form and little substance. The only usefulness in religion, historically, has been to create a power, the Church, that could subjugate everyone through the fear of being heretics. But also that of creating a submissive group because dominating the intimacy of Man is perhaps the best way to enslave him because he is not free even in the spirit, an inviolable dimension. Should religion therefore be abolished? We are not saying this, but we certainly understand that it is something “artificial” and that the relationship between Man and God should be a natural thing that decides every single man how to live and precisely because every single man is different. on the other hand, an equal relationship cannot exist. Maybe a more or less numerous group will decide to share common ideas and come together in a Church, but when they force others to think like them we are faced with a dictatorship of thought. So is the Church an enemy today? Absolutely not when he does not force his own way of relating to God on others. But even a non “member of the Catholic Church” could very well go to mass and, removed all the external elements (vestments and other) that yes they can represent a symbology but that in practice very little could give a damn, could find in a homily or in the Gospel a source of enrichment because a different vision or in conformity with one’s own. The figure of a priest, without the mission of “conversion” (conversions must be spontaneous and not induced), could very well be that of an element of comparison with a vision, the Catholic one, in which there will be points in common and points in disagreement. The figure of the priest seen, therefore, by “faraway people”, as that of a scholar of that particular group who decides to stick to the rules of that particular relationship between Man and God. And if the relationship of the individual is already respected, that of the group deserves respect, with no one prevailing over the other. And, therefore, if you live in a group from afar enjoying the benefits, there is nothing wrong with a group symbol. Translated into Italian: if they exist and take advantage of the Christmas holidays there is no problem keeping the crucifix in the classrooms as if (premise: we admit ignorance of the other school systems), if we take advantage of holidays for Ramadam, nothing of bad to have Islamic symbols (it is a discourse of coherence, nothing else). But neither the Catholic nor the Islamic must dream of forcibly converting those who do not think like them. Those who decide to live their faith in another way (or do not decide to live it at all… even that, in the end, is a relationship) must be free to do so. But no one should believe they have the absolute answer, also because, before Catholicism and before Islam (as for any other confession), there were other religions, other rules, sometimes totally antithetical to those of today. It is the path of history that testifies how the relationship between Man and God has also changed over the centuries with the predominance of one group over another. So here we venture an answer to the question posed about the usefulness or otherwise of religion. And the answer is that it depends on the sensitivity of each one, but with the awareness that at the basis of everything there must be respect, otherwise, all religions that do not have respect for others’ opinion in their DNA are not only useless but also deleterious. for humanity.
Alain Calò

Secular reflections: on the usefulness (or not) of religion – vivienna