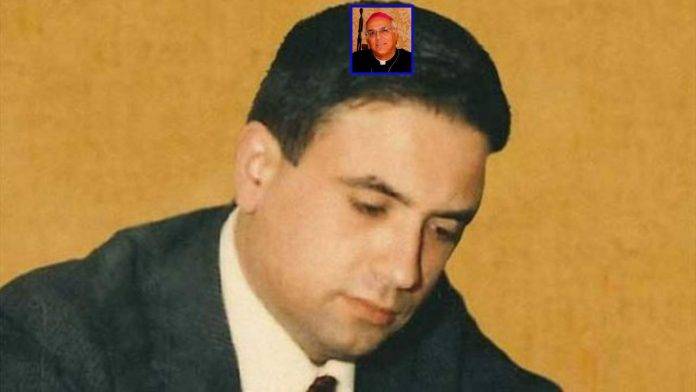 “Livatino is an example not only for magistrates, but for all those who work in the field of law: for the consistency between his faith and his commitment to work, and for the relevance of his reflections“.

A little over a year after his beatification, Rosario Livatino remains a solid point of reference: not a holy card set in a sparkling halo, but witness of embodied values and always throbbing like living blood. The words of Pope Francis confirm this. Even in recent months, but still today in which, for example, justice reform is being discussed, also for electoral reasons, the figure – and above all the teaching – of the Sicilian magistrate remain valid and current, although (at least in part) ignored. The rewriting of the rules, although important, seems in fact insufficient without a solid rootedness in ideas and principles such as those to which Livatino gave concreteness, forging with strength of daily commitment an affirmation that refers to the – unavoidable – need to orient oneself to ethics and morality, one’s own before that of others.

The rigor that he followed in work, as in private life, found its source in spirituality of faithto the point of conceiving justice – and the exercise of it – as a way to restore the order of things in life, marred by evil.

Livatino, in fact, was a fervent Christian. And his was not an intimate choice. On the contrary, it manifested itself as a full adherence to the Gospel which, although not shouted (and perhaps for this reason even more significant), also permeated his conception of justice and his daily professional commitment. After all, the initials STD stood out on the front page, sub guardianship ofused in medieval times as an invocation for God to help those who were called to perform a public duty.

But his attention – even as a judge – to the evangelical principles was not lacking in specific treatment, even public. Emblematic, on this point, his interventions on issues of faith and law. Speaking, on every occasion, is a magistrate, who reflects on himself and on his profession and, in particular on his own third party And independence. “In this constantly evolving society – he argued – the magistrate is the one who, like it or not, is entrusted with the very special task of applying the laws in full, total independence from any center of power, political and mafia”. Again: «The independence of the judge is not only in his own conscience, in moral freedom and in fidelity to principles, but also in transparency of his conducteven outside his office, in the freedom and normality of his relationships, in his unavailability for initiatives and business, in the choice of friendship ».

Furthermore: «The judge must offer of himself the image of a serious, balanced, responsible person, the image of one capable of condemning, but also of understanding; only in this way can he be accepted by society. This and this alone is the judge of all time; if he will always appear free and independent, he will show himself worthy of his role; if he keeps himself whole and impartial he will never betray his mandate ”.

And last but certainly not least: “Both, the believing and non-believing judge, must, in the moment of deciding, dismiss all vanity and above all all pride; they must warn everything the weight of the power entrusted to their hands, a weight all the greater because power is exercised in freedom and autonomy. And this task will be the lighter the more the magistrate humbly senses his own weaknesses, the more he recurs each time to society – which entrusts him with such a terrifyingly large sum of powers – willing and striving to understand the man in front of him. and to judge him without the attitude of a superman, but rather with constructive contrition ”.

Because of his being a symbol of intelligence, industriousness and incorruptibility, the stiddari, not without the endorsement of Cosa Nostra, they decreed its physical elimination. But that September 21, 1990, the weapons that spewed death at the foot of the Gasena viaduct did not kill just a man, or even just a judge. They killed a Christian judgein the end a witness to his Christian faith. A martyr of justicewhich today still speaks to the world of justice, from judges to investigators to officials, with words and examples that are stronger than any reform, and without which no reform will ever be truly such.

If you want to comment on the article send an email to this address: write tointerris@gmail.com

I notify: the advertisements that appear on the page are automatically managed by Google. Despite having put all the necessary filters, it may happen to find some banners that arouse perplexity. In case, even if it does not depend on our will, we apologize to the readers.