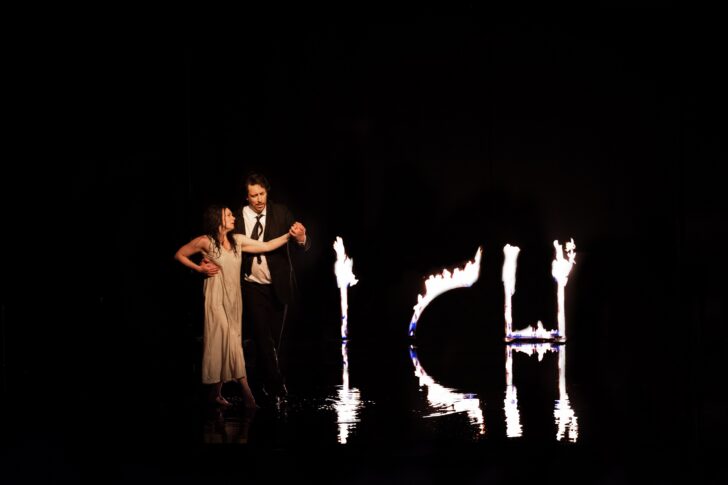 A strange diptych, made up of the Bluebeard’s Castle and a forgotten work by Carl Orff, is weighed down by the bombastic seriousness of a heavily symbolist approach.

The Salzburg collaboration between Romeo Castellucci and Teodor Currentzis began last year with great success, a Don Giovanni disturbing, but enlightened by an analytical gaze of rare richness. This year, things are very different for many reasons. An article in the Berlin newspaper TAZ published on July 28, two days after the premiere of this show, highlighted the financing of the director’s companies by a Russian foundation financed by a gas magnate, as if the well-established links of Teodor Currentzis with Russian power circles were not already well enough known. One could make the effort to forget, for the time of a show, how disturbing these complacency are, in a country more directly linked than any other in Western Europe to the dubious world of the Russian oligarchs, but the artistic limits of this new collaboration encourage leniency a little less.

the Bluebeard’s Castle is unlucky in Salzburg: his previous stage production, coupled with other works by Bartók, brought together the painter Daniel Richter and the director Jossi Wieler, but the latter could only attempt to dodge the decorative kitsch of the first. This time, Castellucci superimposes on Béla Balasz’s libretto an adventitious story which hardly convinces and only very partially occupies this hour of the show. The cries of a newborn resound in the completely dark room, including the orchestra, then those of a woman certainly in labor; shortly after, Judith and Bluebeard bury a child; and later, in a white dress whose lower abdomen she coated with black paint, Judith relives this scene of childbirth. For most of the show, the stage is dark, with the black curtain opening only to reveal another black curtain a few feet away. The stage is covered with water, shapes (crosses, lines, arcs of circles, etc.) ignite unnecessarily throughout the work. For the seventh door, three shapes draw the word ICH (ME) with their reflection in the water, while on the ground we read “Meine Haut” (My Skin) written upside down: this bazaar psychoanalysis does not constitute not an interpretation, simply a kitsch but pompously serious illustration of a work that deserves much better.

Teodor Currentzis does not have much new to offer for this masterpiece which did not wait for him to experience great interpretations. The manner in which he retains the dynamic, in the reverse of the score, at some moments to release it without restraint at others, a lot of unnecessary mannerisms will cause the delight of his unconditional admirers, but they do not serve the score. It is all the more regrettable that the same conductor, with the same remarkable Gustav Mahler Jugendorchester, opened this edition of the festival with a poignant interpretation of Shostakovich’s “Babi Yar” symphony. In Bluebeard, Mika Kares is much too withdrawn, with a not very striking tone and an absence of incarnation of the character, as if it were a question of leaving all the light (for the little that there is on scene) in Aušrinė Stundytė. His Judith suffers a little from Currentzis’ approach, which leads her by dint of expressive overinvestment to chop up a lot of sentences; the beauty of the timbre, the ease of the projection, the talent of a real singer-actress have everything about the great Judith she could be with another conductor.

Carl Orff at an impasse 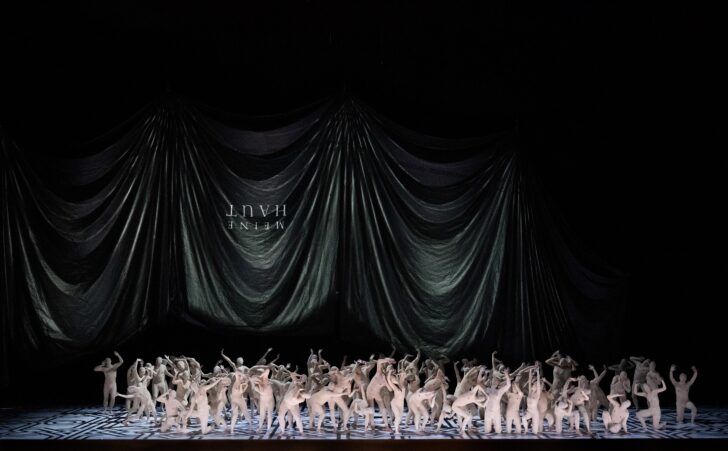 The worst comes, as expected, after the long intermission (the show lasts 3:25 for just over two hours of music). From Temporum Fine Comoedia by Carl Orff was certainly created in Salzburg (in 1973, under the direction of Herbert von Karajan), but is that a sufficient reason to bring it out of the closet? The 1981 version chosen for this show was only created after the composer’s death in 1994 in Ulm, far from the major centers of musical life, and the publisher’s website Schott does not indicate any performance since 2010 That the work has no dramatic depth is one thing, but what does it have to offer musically? One could be indulgent for the first minutes of the score, but as soon as the chorus of sibyls abandons the song for a terribly bombastic declamation, consternation ceaselessly competes with laughter.

The factitious archaism in which Orff, a stranger to the avant-gardes of his time, believed in order to emerge from his creative isolation, becomes all the more weighty as the work lacks theatrical force as much as structure, and to be honest, meaning. , despite the crushing weight of his metaphysical anguish. Castellucci does not help us: we rediscover his taste for symbols, for the four elements, for rituals of lustration. The accumulation of symbols no doubt offers an exciting treasure hunt for amateurs, but they are not enough to make Carl Orff believe in the spiritual preoccupations.

It is difficult, in this context, to comment on the musical interpretation. The young musicians of the Gustav Mahler Jugendorchester, and in particular the legion of percussionists, have a field day; the choirs gathered for the occasion, musicAeterna and the Bachchor Salzburg, punctuate the endless spoken choirs with force and a sometimes approximate accent, and Aušrinė Stundytė, in the brief role created formerly by Christa Ludwig, does not do much more than figuration .There may not be a third chance in Salzburg for this heavy work.