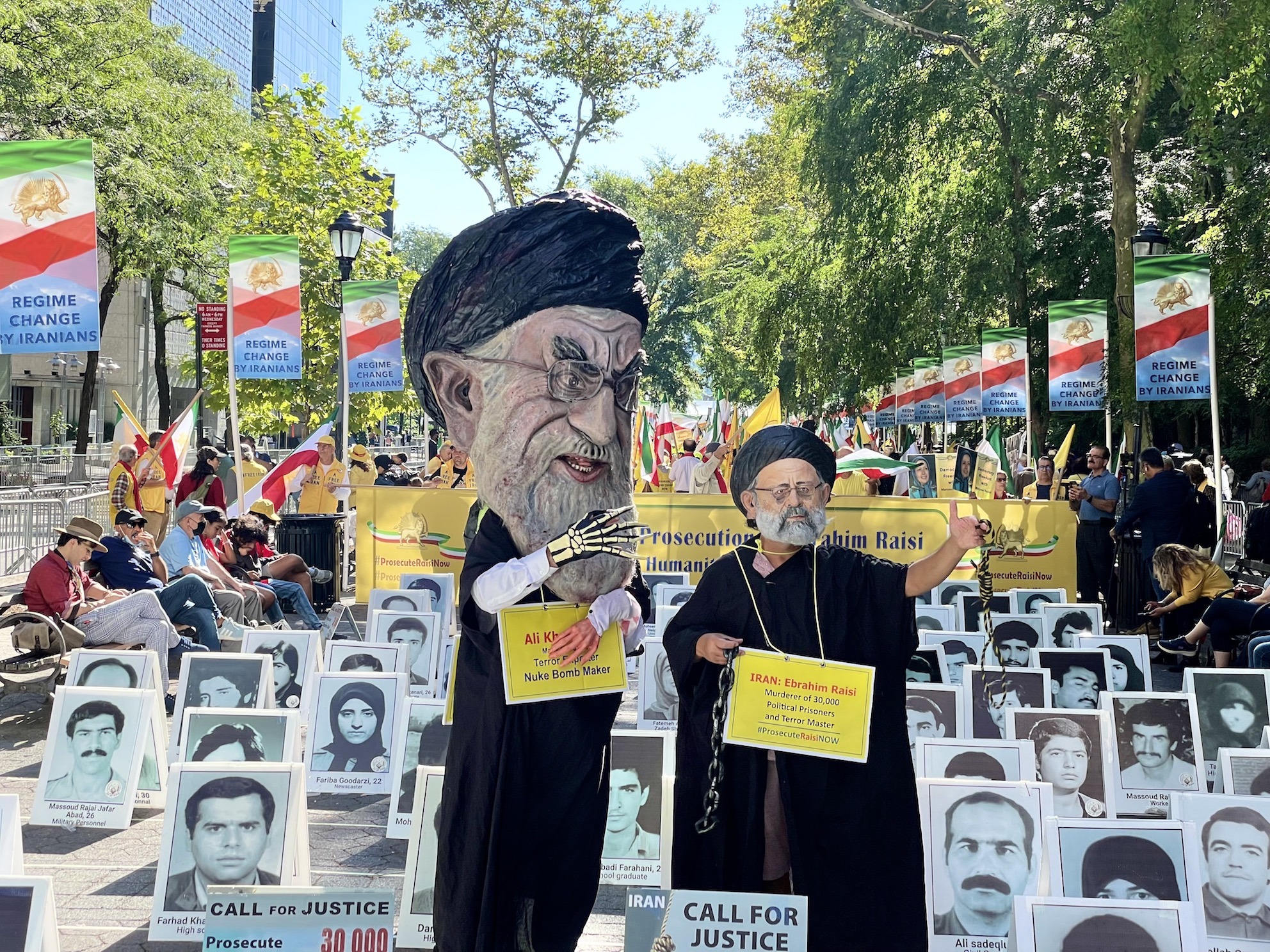 The Islamic Republic of Iran aims to fight “injustices in all its forms: against humanity, against spirituality, against Almighty God and against the peoples of the world. Wherever they occur “.

These are the words spoken today by Iranian President Ebrahim Raisi at the United Nations General Assembly. A leader for whom, the Iranian Islamic revolution of 1979, is a model to “inspire other revolutions in the world”, “capable of resisting various plots over the years” and of creating “an advanced system of social order, sending to the world a message of justice ”.

Words that infuriated the thousands of people gathered a stone’s throw from the UN, in the square on 47th street between 1st and 2nd Avenue.

Coinciding with Raisi’s intervention, Iranian-Americans from 40 US countries have demanded that their president be tried for crimes against humanity and genocide. They refer to the mass execution of Iranian political prisoners in 1988, in which some 30,000 people lost their lives.

Banners, choirs and masks, as well as lots of Iranian flags. All dressed in yellow with a large “FREE IRAN” inscription.

The demonstration was the culmination of a week of campaigning in New York by supporters of the government’s opposition, composed of the National Council of Resistance of Iran (NCRI) and its President Maryam Rajavi.

In Iran, meanwhile, songs of “death to the dictator” and “death to Khamenei and Raisi” were sung in over 25 provinces and 35 cities for the fifth consecutive day. The protests were sparked by the brutal murder of a 22-year-old woman, Mahsa Amini, by the “moral police” wanted by Raisi, imprisoned and executed for having badly worn her veil.

An execution not mentioned by the president at the UN, who however claimed to reject “the double standards of certain governments on the issue of human rights. As long as they are there, we will never have justice and fairness. Human rights belong to everyone. Unfortunately there are cases such as native tribes in Canada, the rights of Palestinians or migrants who seek freedom, but their children end up in cages and African Americans are killed ”.

To Biden’s United States, Raisi warned not to “tell a nation that it cannot stand alone without depending on others. The United States is no better off. The fate of many countries shows how the US has pursued its own interests and not those of other countries ”.

Now “Iran wants its place in the world”, despite “hegemonic interventions and oppressive sanctions. We have become a stronger country despite the sanctions and the world needs a stronger Iran, capable of exporting oil and gas ”.

Then a reassurance: Iran is not trying to build or obtain the nuclear weapon. “Such weapons have no place in our doctrine.”

Global biodiversity red alert
Lgbt Christians from the Pope. In Ragusa from all over Italy for a spirituality meeting
Kroaz ar Vretoned/La Croix des Bretons. Meeting with the director of a Catholic and Breton gazette
Tweet
Share
Share
Pin