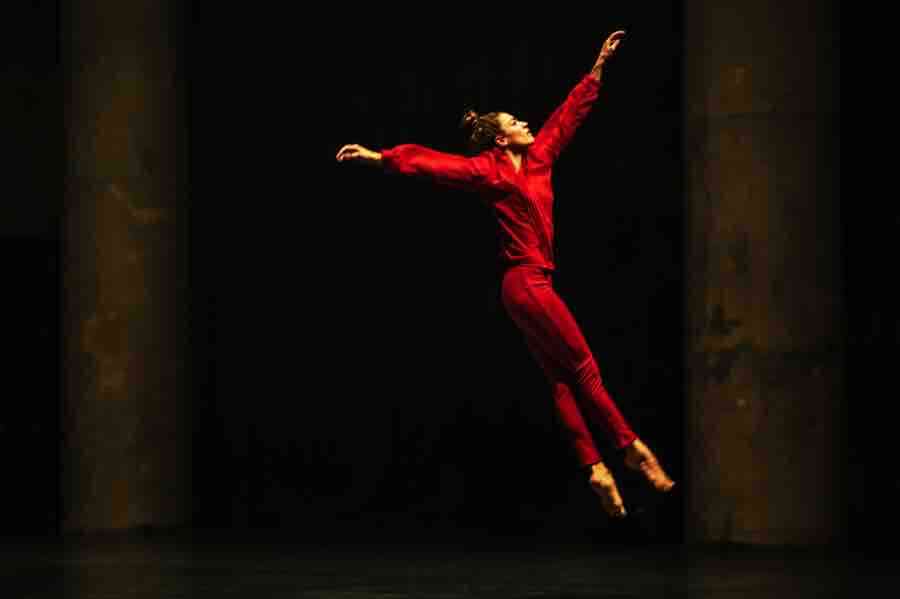 CATANIA – Exalting the choreographic language declined in the feminine: this is the guideline of the season programmed by Roberto Zappalà, founder and artistic director of Scenario Pubblico/ Compagnia Zappalà Danza, a prestigious reality recently elevated by the Ministry of Culture to the rank of “Centre of significant interest ”, recognition attributed in the contemporary dance sector only to two structures throughout the peninsula. One of which is precisely the one led by the artist from Catania, in turn a well-known choreographer and director. And in his billboard entitled “W” – like the initial of Women and like the Viva symbol – “Oratorio per Eva” could not be missing, a creation that Zappalà himself built eight years ago around the biblical progenitor of all women.
The perfect occasion, therefore, to re-propose the staging which was hailed with the greatest consensus by the public and critics since the world premiere of the 2014 at the Odeon Theater in Vienna for Impulstanz Specials: a cult show, now reassembled and always entrusted to the interpretation of Maud de la Purification, reference dancer of the Compagnia Zappalà Danza.

The creation stems from an idea developed by Roberto Zappalà – author of choreography, direction but also lights and costumes – in tandem with Nello Calabrò, wise and prolific playwright, thanks to an intense collaboration lasting over twenty years. The sound project by Giovanni Seminerio intertwines with the music taken from the Second Book of Madrigals by Claudio Monteverdi. In scene also include eight bodies ‘in transit’, an indication – the latter – by no means casual, as local men selected for the occasion from different fields and who have participated, in recent days, in a workshop with Roberto Zappalà.

With this pièce, Roberto Zappalà continues the path traced by and with “Kristo”, co-produced together with the Teatro Stabile of Catania and successfully proposed last December at the Sala Verga: “Individuo e spiritualità” is in fact a broad project, a journey that from biblical genesis proceeds up to the contemporary; at the very center the individual in the face of spirituality, the sacred, faith and also in comparison with the world; up to the most extreme consequences, up to sacrifice.

The work that Roberto Zappalà dedicates to this symbolic figure par excellence is placed within this elaboration. The biblical Eve, both first woman and mother of humanity, seamlessly becomes the dancer who brings her on stage and the woman of today; in a first-person narration, which she makes of her – of her in spite of her – mirror of a condition still not reconciled and of daily violence.
With the figure of Eva we want to “tell” a birth that is suffering and liberation, pain and awareness, beauty and self-affirmation; a further step to trace a fundamental aspect of the human adventure and its beauty. A birth that from paradise leads to chaos, in a second-degree genesis where the true birth of Eve and of humanity is that of after the expulsion from the earthly paradise; it is that of awareness, of the word and of the story.

The dance takes possession of the words of Mark Twain, taken from Eve’s diary, which fade imperceptibly into those of the interpreter, to literally incorporate them into himself. Through an edgy but also tender choreography, we discover the bewilderment and fears, doubts and certainties of a symbolic and real Eve who is transfigured into the dancer who represents her, and into the woman; in every woman. In each.

And the show identifies with its protagonist. Born in 1983 in France, after training at the National School of Marseille and the National Conservatory of Toulouse, Maud de la Purification worked with the Ballet National de Marseille and the Ballet du Capitole de Toulouse. Between 2006 and 2009 you collaborated with the Nederlands Dans Theater II in Holland, with the Sidra Bell in New York and with Hiroaki Umeda in Berlin. She began her collaboration with the Compagnia Zappalà Danza in 2011 as a dancer, participating since then in all the company’s productions to date. You are Roberto Zappalà’s assistant and teacher of the “MoDem” language that characterizes the Company. In recent years you have also started your own choreographic journey.

We recall that “Oratorio per Eva” was, after “Inventions for three voices”, the second stage of “Transiti Humanitatis”, further focus of a journey around man and reflection on humanity that Roberto Zappalà continues to pursue. “Oratorio per Eva” is produced in collaboration with Teatro Garibaldi/Union of European Theaters (Palermo), Impulstanz (Vienna), Teatro Comunale di Ferrara, with the support of the Ministry of Culture and the Sicilian Region-Department of Tourism, Sport and Show.

About scenariopubblico.com. Reservation is required, which does not give the right to assign a numbered seat and expires 30 minutes before the time set for the start of the show. For reservations, call the secretariat on (+39) 095 2503147 from Monday to Friday, from 10:00 to 19:00.