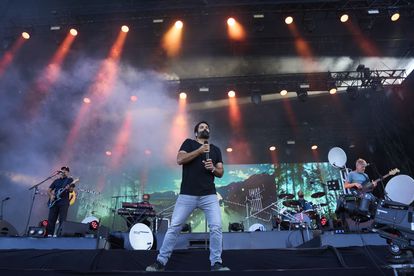 Last day of festival. Faces halfway between tiredness, melancholy for the imminent end and the joy imposed by the celebration of music as the glue that united the 80,000 people who once again attended the Forum. In a day as varied as the flavors of an ice cream parlor, it is difficult to highlight the local apotheosis with the return of Antònia Font, the tangible spirituality of Arooj Aftab, the nervous braiding of guitars from Rolling Blackouts Coastal Fever (from here on RBCF, as the acronym of a football team), the confirmation of the reign of Tame Impala, the danceable elegance of Jessie Ware or the new demonstration of power by Megan Tee Stallion to close the main stage.

Yes, the last day of the festival, under a sun that led the most attentive workers to recommend foreigners to avoid it to walk in the shade, yes, that happened, the Primavera said goodbye among crowds that returned home to being channeled through urban alleys marked with police tape by more workers who, at a rate of 6.50 euros per hour, prevented the happiest from forgetting that there are also cars in the city that can be run over. “Guiris do not know how to drink”, they said in a dangerous generalization not without meaning. The festival has left with the sole stain of a first day that filled the forecasts with mines, making them jump.

And a detail for the celebration: the local music little by little stops being a comparsa. Yes, 7pm is not prime time, but at that moment Antònia Font was gathering a pocket crowd in front of one of the main stages. And it was beautiful to see him, with the audience singing as if it were the last time, rediscovering himself. The group, with an exultant Pau Debón and Joan Miquel Oliver with that scrutinizing look of a Mossad agent, took the opportunity to repeat pieces that had not been played live for years –see Dins Aquest Igloo, Darrera a magazine either Samurai Mountaineers– and it was like the old friend who one day reappears in the life of his gang to tell that time has not passed him by. It was the town’s party in that international fishbowl that is Primavera. In this sense, the serenity of Arooj Aftab, a singer of Pakistani origin who would be imprisoned if she entered there with the silver jacket that she wore, filled the stage with a voice that was nothing short of heavenly. And powerful, nuanced and ductile. She offered a wonderful concert in which they crossed paths, like on her album vulture princess, East and West. With only double bass and harp he plotted a very delicate songbook where Last Night It didn’t sound like reggae, like on the record, saans lo It was beauty that levitated and Mohabbat, a piece based on a gazal –oriental lyrical genre- a brooch at the height of the crossing of cultures and respect for the tradition proposed by the artist. His was one of the moments of the festival.

To go down to earth, take a walk through Australia. The RBCF have three guitars, as well as bass and drums, and they use them as if their spirits yearn for punk. Speed ​​of a glider fleeing from the coast guard, to elevate the songs by means of guitar braids that do not seek to show off but rather to tingle. There is no noise, but melody, harmonies and plucking. And public jumping, and joy, and satisfaction in the faces, and songs that did not seek only their third and last album. Another success in lower case within a major festival. From that point on, the music took on festive skin and the night provided the perfect setting for Tame Impala to return to herd masses with more lasers than all of Star Wars. If Pink Floyd manage to catch this technology in its early days, they will lose their grip. Syd Barrett would not have been left alone. An impressive light show.

But in the Forum there are almost dark corners that the crowd insists on ignoring, fortunately for its discoverers. While the masses went from one place to another, the most savvy walked the festival’s sea coast to let themselves be lulled by romanticism, have dinner or have a drink without queues. And all this with the night breeze as a natural gift of the night. Meanwhile, Angèle played a soft and tender singer with an electronic wrapper. Another mass in front of her stage to see that she turns out to be a bit naive and a dancer without trace. The complete opposite of Jessie Ware, stage presence, strength, voice and class. High-class dance, disco, funk and house-pop music before Megan, yes, also girded by strips like in Razzmatazz, imposed rap as the lingua franca of the last hours of a festival that has sounded like a woman, to respectable artists grey-haired and a lot of local music.

What affects the most is what happens closest. To not miss anything, subscribe.

Daniel Ortega orders the dissolution of the Missionaries of Charity of Mother Teresa of Calcutta
Longevity, how does science contribute?
The battle for the third root in El Salvador
Tweet
Share
Share
Pin