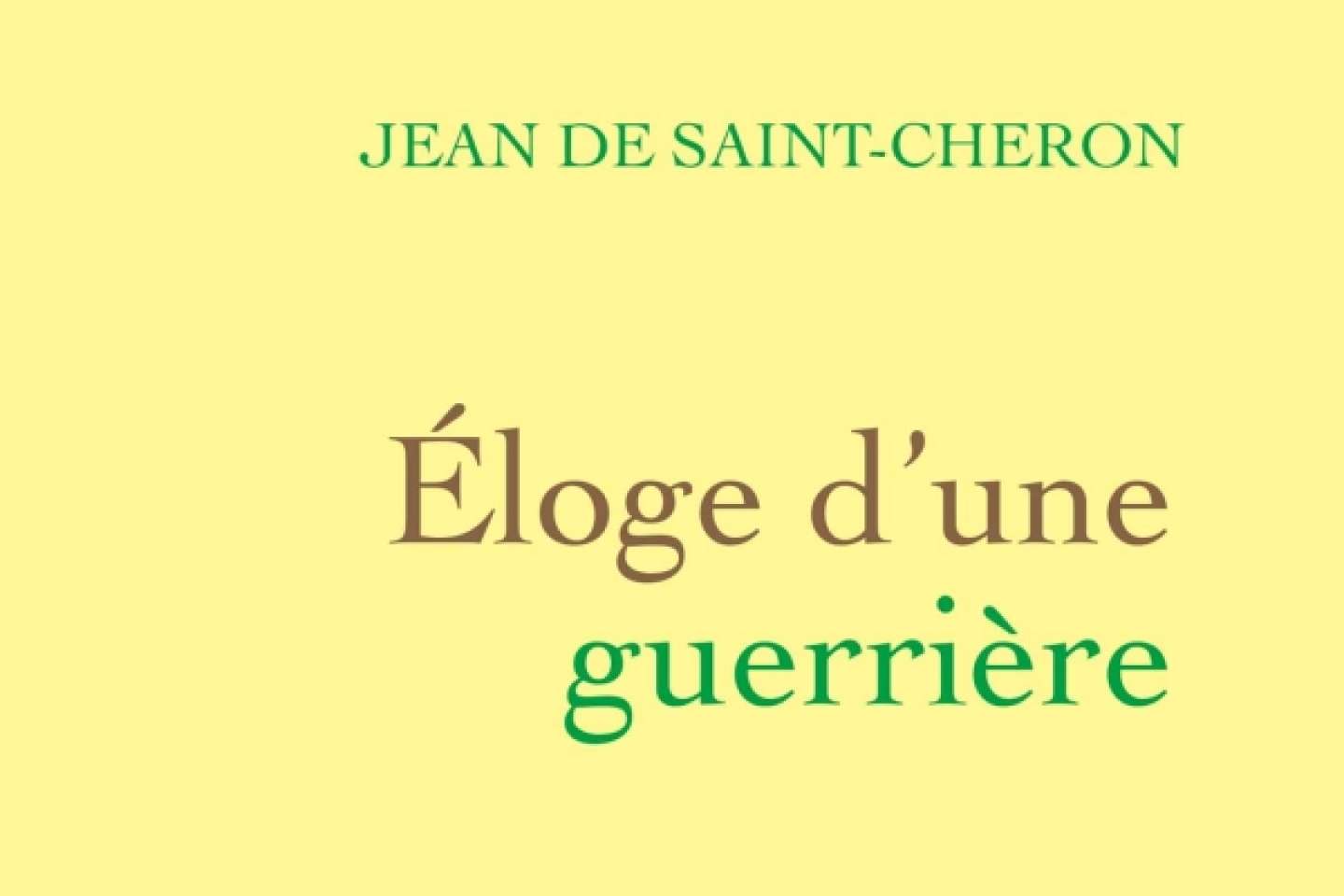 Book. How can a religion which preaches unconditional love also be that of a God presented as the “Lord of Hosts” where the “Fighting Warrior” ? “I did not come to bring peace, but the sword”, declares Jesus himself (Matthew 10, 34), in a sentence which has been the subject of a rich exegesis and maintains an ambivalence which is reminiscent of that concerning jihad in Islam. History is not lacking in proof: among Christians, too, blood has flowed in the name of God.

Read also: Article reserved for our subscribers Is the Shroud of Turin authentic? A new “investigation” revives the debate

In Praise of a warriorJean de Saint-Cheron proposes in a way to go beyond this paradox. “The intrinsic relationship that binds holiness to military art will not surprise any serious reader of the Bible or of the lives of saints: globally, in all of Christianity, there is only question of war”, he acknowledges. But, through the story of the life of Thérèse of Lisieux, the Catholic writer defends the idea that the Christian fight is above all a spiritual fight. A fight that the young saint, who died of tuberculosis at the age of 24, led as a free woman, breaking some codes and conventions in her path.

Embracing the Christian faith is a “miscalculation to live in peace”, says Jean de Saint-Cheron. The life of Thérèse of Lisieux illustrates this point. She was born into a bourgeois family in Alençon in 1873. Her father was a watchmaker and jeweler and her mother a lacemaker. Her diary, on which the book is largely based, depicts a happy and very peaceful child. But the little girl, capricious and dissatisfied, will choose another destiny.

Spirituality of the “little way”

From the age of 4, she says she wants to be a nun. As a teenager, his desire to enter Carmel, a contemplative Catholic religious order, was initially prevented by his uncle, who was a figure of“moral authority” in the family, then by the parish priest of Lisieux (Calvados), on the pretext that she was too young. She was then only 15 years old. His “spiritual warfare” was therefore first of all a fight against the clerical institution. Convinced of her vocation, she does not hesitate to short-circuit the hierarchy by going directly to see the Bishop of Bayeux.

Read also: Article reserved for our subscribers “Creed and credit”: the turbulent history of the links between the Church and finance

Without success. His audacity, however, seems to have no limit, writes Jean de Saint-Cheron in an enthusiastic and lively story. During a trip to Rome, received with other pilgrims from her region by Pope Leo XIII, Thérèse of Lisieux did not hesitate to challenge the sovereign pontiff directly, under the amazed eyes of the vicar general. It is ultimately the latter, “touched by the insistence of the young woman”, which will pave the way for her to become a nun. She would later write having conquered “the fortress of Carmel at the point of the sword”.

You have 13.16% of this article left to read. The following is for subscribers only.

“Praise of a warrior”: Thérèse of Lisieux, the fighter of spirituality