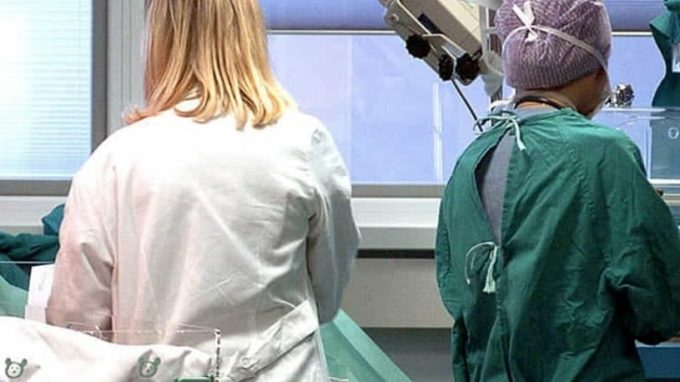 The Conference promoted by the Milanese Section of Italian Catholic Doctors was held at the Ambrosianeum Foundation. The session was opened by the Archbishop’s Lectio Magistralis 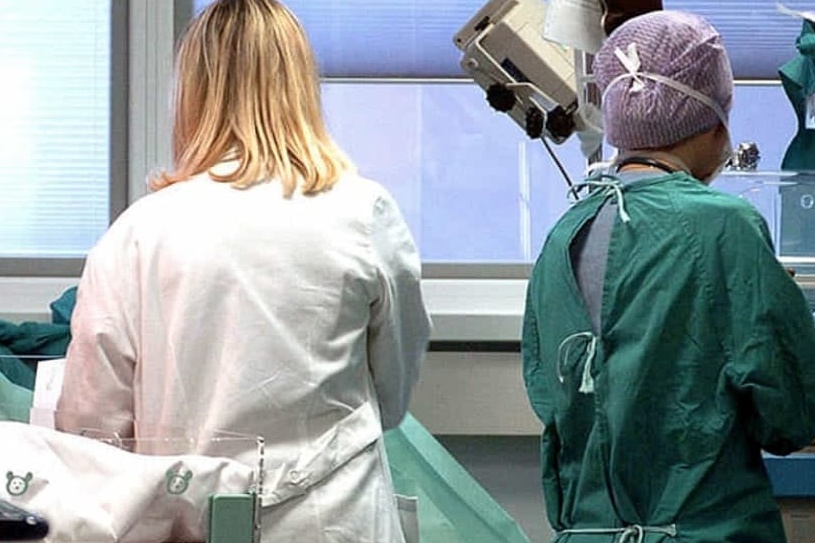 How to combine technique and technology, increasingly pervasive in medicine, with the human aspect of care? What training is needed, in ever-changing scenarios, for today’s doctors? How can we not lose sight of the fundamental respect due to the person, especially in the most delicate moment of illness and in the last stages of life?
Complex themes – analyzed more with question marks than with definite answers – were the ones he tackled, in an intense morning of study held at the Ambrosianeum cultural foundationthe conference sponsored by Milan section of the Association of Italian Catholic Doctorsdedicated to Santa Gianna Beretta Molla.
Opened by the introductory greeting of Alberto Cozzi, president of AMCI Milan and moderated by Alberto Del Bo, professor at the State University, the session saw the Lectio Magistralis entrusted to the Archbishop, with the title of the Conference itself: “What technical training and humane for the doctor of the third millennium?”.

«The fear is that the human aspect will no longer find space for the advance of technologies. Catholic doctors believe in a path, in synergy with the institutions, to be achieved through a 360° alliance, even beyond religious affiliation. Today is just a beginning, but we want to continue on this path», explains Cozzi to indicate the reasons for a meeting between doctors, health professionals, teachers who have brought into focus various aspects of today’s clinic.

The gap between the technical and the human

Just like the gap “between the technical and the human” which, according to Bishop Mario, characterizes the modern era.
«This divarication is a choice and also an inertia. The memory that many aspects of scientific research and technological application have developed in the religious sphere has been lost and perhaps has even been deliberately censored. Medicine developed in antiquity in the religious sphere, while in modern times it has considered religion and the sacredness of life as a sort of impediment to the freedom of research on the human body. In conclusion, it can be said that, currently, “the technical” and “the human” are characterized as alternative or at least parallel», the Archbishop immediately clarified.
On the other hand, it remains evident that the divergence indicated has very deep rooted foundations. «The technique works on the principle of generalization, to use the same process on different bodies and patients, while the human works on the principle of personalisation; technology provides a power – for example, to give birth or to let die -, while the human is confronted with the responsibility of choosing between good and evil; the technique addresses the question of “how” and its answer is the procedure for “making the human body work” considered in its object dimension and in the conception of a “mechanism”, where the human faces the question of “why”» . 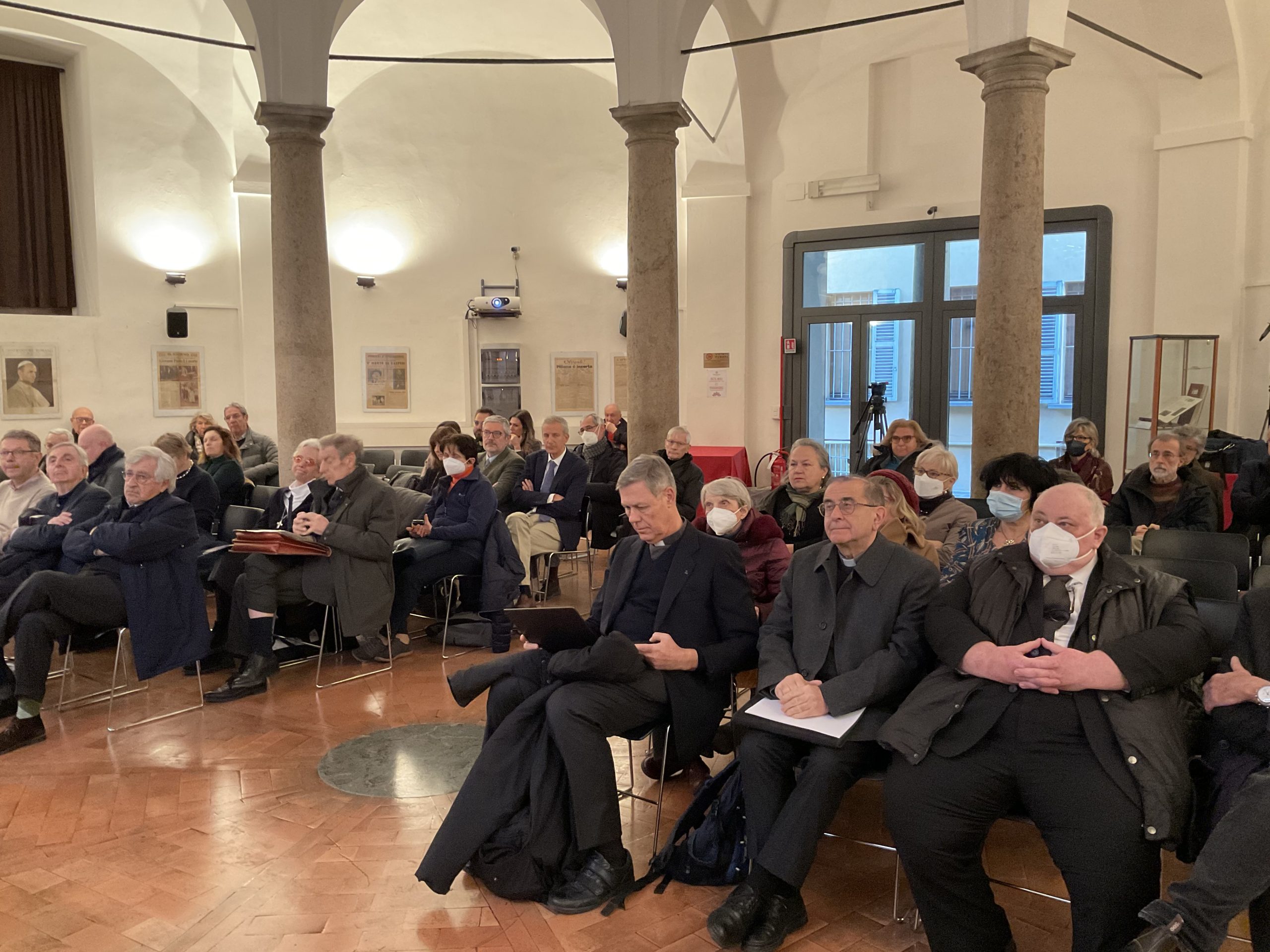 Then, the key issue. «Technique is exposed to the seduction of orienting medicine towards business, the human being orients medicine towards service. For this reason the human being, remaining extraneous to technique, intervenes in medical practice as an unnecessary and non-accident aspect. In fact, the character and relational trait of the doctor or the presence of the chaplain does not have much impact, however much it is desired and also structurally inserted in the hospital process”, the conclusion of Monsignor Delpini who, faced with all this, defines as fundamental “the recovery of spirituality”.

«The divarication substantially practiced in modern medicine has often highlighted a discomfort. The doctor reduced to a technician and the patient reduced to a body to be treated have caused a situation of stress in the doctor and resentment of the patient. The fatigue of professional performance finds relief in spirituality and, at the same time, the discomfort of the sick person finds relief in “spiritual assistance”, that is, in the closeness and assistance of people – volunteers, pastoral workers – who become reassuring confidants and affectionate friends”.
This spirituality does not necessarily draw on a religious practice based on faith, but rather proves to be useful for a more serene subjective condition.
In fact, only in this way can a path of spiritual relationship be started which is not only considered (as often happens) “an anesthetic”, but which qualifies as “an overall promotion of the humanism of care”.
«The widespread belief, and certainly promoted by the AMCI, that medicine is a way of taking care of the person in his concrete, complex, composite and socially inserted reality, suggests not imagining the disease as an unpleasant failure of a mechanism that must be repaired . Illness is rather an anthropological event that requires taking charge of the person in his concrete and unrepeatable reality”. 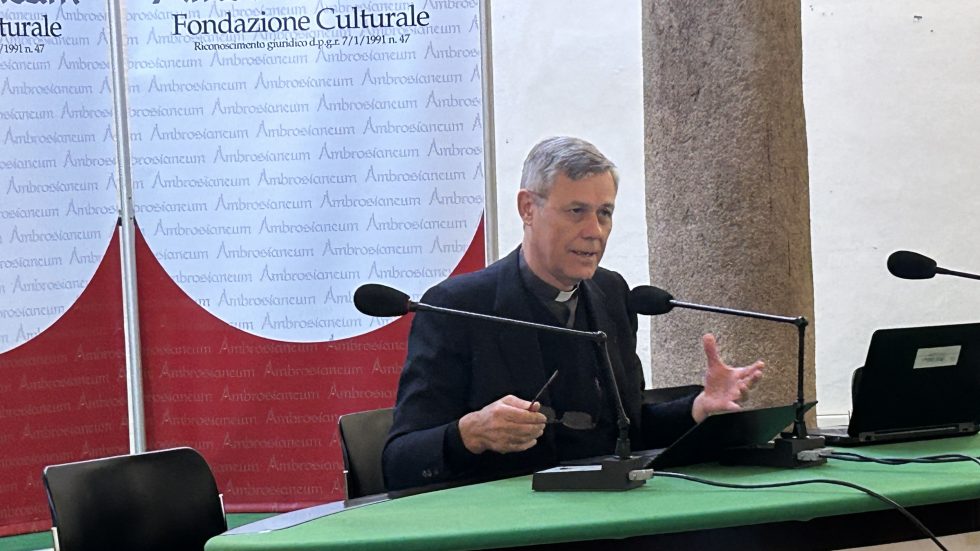 Father Carlo Casalone, academician of the Pontifical Academy for Life

Hence some of Bishop Mario’s suggestions for a training of healthcare personnel that integrates the technical and the human: «the addition of courses in bioethics, psychology, anthropology to the academic curriculum for the training of clinicians; the reworking of the Courses so that the relevance of the spiritual dimension in therapeutic motivation, in the motivation of health personnel and the patient to heal, is highlighted, as evidenced by various studies that have ascertained how the therapy has an efficacy that increases when there is a motivation, a question on the meaning of life, a hope; living the doctor-patient relationship as a provocation for a personal involvement of the health personnel in the therapeutic process”.
In short, what is defined as a narrative medicine which is not limited to the verification of some data, but which goes towards the personal relationship, illuminating the technique. Finally, the integration of the therapeutic team with human science experts. 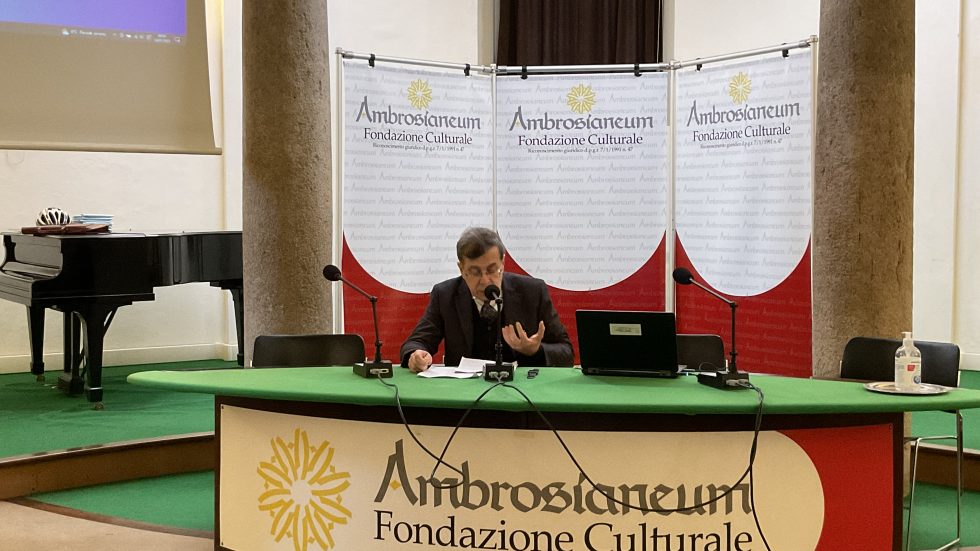 In full agreement with the Archbishop, the rector of the University of Milan, Elio Franzini who outlines the question from a philosophical point of view.
«Talking about the philosophy of care is not easy, because the term “cure” has many meanings. The problem of treatment does not only concern the reality of the doctor, but an entire existential dimension: it is never a solely dual relationship, having to do with institutions, society as a whole and man as a whole. The real philosophical problem of care today is imagining a basic cure for everyone».
Like Franzini, the Jesuit father Carlo Casalone, academician of the Pontifical Academy for Life, also quotes Martin Heidegger and his famous expression “being in the cure”.

«Today the medical act is breaking up due to the multiplication of specialists and the fragmentation of the body. In fact, in hospitals, which are rigidly divided into wards and apparatuses, we see a dispersion of the medical act which is more centered on the dysfunction as such than on the illness experienced. Medical training accentuates this “cosification” of the body as a set of systems to be repaired and this poses problems for a human-centric medicine”.
Just as the modern trend does «of the no longer totally asymmetrical relationship between doctor and patient who progressively becomes the protagonist of his own treatment, tending to sideline the doctor». Without considering the growth of artificial intelligence discoveries “which can offer personalized medicine, because the algorithms are able to produce a search for a specific cure for each person that is unimaginable at a human level”.
Therefore, for Casalone, the “confrontation with the limits of the scientific and technological enterprise and the ultimate confrontation with death” remains crucial.
“Perhaps we can learn from palliative care that it has a lot to do with humanised and spiritual therapy. The fundamental question is not just adding other skills, however necessary, but how to feel called, as patients and carers, to consider one’s life in an overall horizon, promoting an integral humanity, in the awareness that we do not die because we get sick, but we get sick because we are mortal.’
A new frontier: “the medicine of violence”
“Violence should be treated like a disease,” says Cristina Cattaneo, director of the Labanof Laboratory of the “Statale” and well-known forensic pathologist, for her part. «I am convinced – she articulates – that medicine is an extraordinary tool for combating violence. Therefore, doctors must know the different forms that cause deaths and injuries: just think that, in Europe, 6% of deaths and 10% of disabilities are due to violence. This of course concerns medicine. However, up to now, there is no medicine in the area that knows how to intercept people who are victims of violence or ill-treatment, with listening and timely diagnostic investigations (which cost money), as is done, for example, when a infarcted. We want to work on this.”