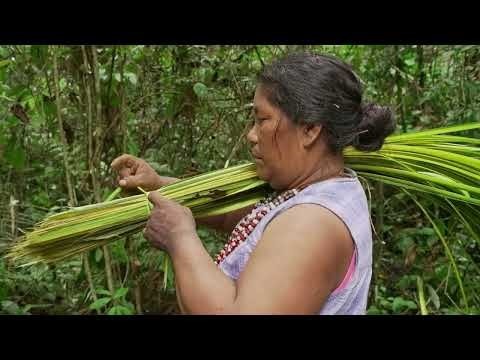 November 18, 2022. Territories and Indigenous Voices is a documentary series of five chapters created by the CONCIP to educate about culture, own thought, spirituality, the role of women, self-government and the impact of the armed conflict on the native peoples who inhabit Colombia.

In its second season, Territories and Indigenous Voices It covers three regions of great political, ecological and spiritual importance for the Indigenous Peoples of Colombia. From the Sierra Nevada de Santa Marta, the trip makes a stop in the southern páramos of Nariño, with a special emphasis on the Colombian Amazon.

Focusing its focus on young people, Indigenous Territories and Voices narrates cross-cutting issues for communities that debate between strengthening identity and culture, as well as preserving the balance on Mother Earth for the good life of all humanity, while seeking harmony with the Western world and its different concepts of developing.

Territories and Indigenous Voices invites the balance between humanity and nature, through the recognition of the roots and the importance of the cultural diversity of the country, in addition to emphasizing the territory and its geography.

The stages established in the process of formation of the Ikʉ are the vital essence that defines the identity for all its life. However, situations arise that endanger the identity of an entire people, the most evident being intercultural contact, especially with the majority society. This chapter shares the points of view of the traditional authorities, the Mamos, women, leaders, and youth who express their vision of the reality and future of the Ikʉ people.

Episode 2: The ancestral knowledge of the Peoples of Mirití / Amazonas

Organization of the Indigenous Peoples of the Colombian Amazon (OPIAC)

This documentary tells how the Traditional (older or wise) communicate with “the owners” of the territory so that their knowledge comes to men and how their role is to maintain the permanent relationship with nature, carry out preventions and cures for the well-being of all : men, animals and plants. A knowledge that is necessary for the new generations to know and appropriate for the strengthening of ancestral knowledge.

Flor and her daughter Irene begin a fight to preserve their ancestral knowledge by creating cultural spaces and strengthening the innovation of new forms of fabrics and designs. This is a journey through the symbology and fabrics of the indigenous peoples of the Amazon.

Indigenous Authorities of Colombia for the Pachamama (AICO)

Three musical groups from the Pasto people and the Quillasinga people in the south of the department of Nariño take us to tour the páramo between the mist, the calm waters of the lagoons and the fields that are covered with the cold. Their musical expressions built with stringed instruments, wind instruments and percussion not only resonate and echo to tap, but also carry the message to vindicate memory and strengthen the ties of the new generations with the indigenous roots of the ancestors.

This episode explores the work and thought of those young people who, through various actions, have been entrusted with safeguarding the ancestral knowledge of the Kamëntsá community, inquiring from the point of view of the young members of the local radio station and the young people linked to their own government. , and giving an account of their collective processes, showing how actions are generated in defense of the territory, of Kamëntsá thought and culture.