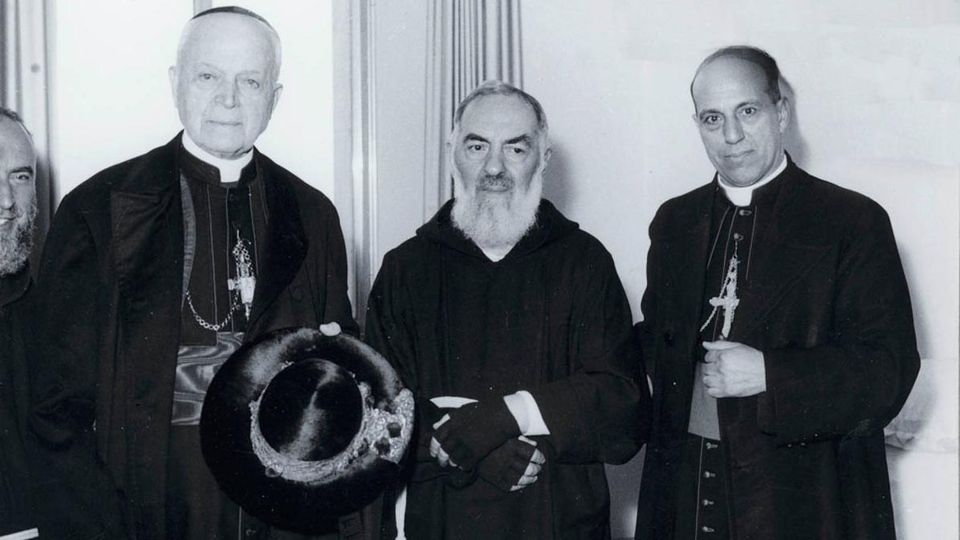 He pleaded the cause of beatification by the Pope. And in 1982, before leaving Sassari …

SASSARI. Forty years ago the bishop who wanted to go out on tiptoe so as not to disturb the diocese, managed to make a lot of noise. On 2 June 1982, five days before leaving Sassari for good, after 20 years, Monsignor Paolo Carta, with a gesture defined as “historic”, entrusted the S’Aspru estate to Father Salvatore Morittu, pioneer of the fight against drugs in Sardinia. , 13 hectares of arable land, in the municipality of Siligo, to found a community there.

For a particular law of retaliation applied to high prelates, Monsignor Paolo Carta (45th in the series of archbishops of Sassari begun with Antonino Cano in 1448), who wanted to embody the ideal of episcopal measure and moderation, then found himself at the center of the ecclesial limelight. From a young age. Fresh from a degree in economics and commerce, at the age of 24, surprisingly, he entered the seminary: in 1935 he was ordained a priest. Deeply pacifist, he worked as a military chaplain for 18 years, even in Spain for 4 months, just to talk about Jesus and distribute thousands of medals with the image of the «Miraculous Madonna» among the soldiers. In Orgosolo he is called to spiritually prepare the population for the “peace” of 1953.

Don Carta was born to bring the good news with enthusiasm. In the first message to the Turrian Church, where he officially entered on April 15, 1962 (Foreign Minister Antonio Segni was also present, elected President of the Republic on May 6), he writes: “As cornerstones of spirituality I point out to you the two inexhaustible sources of spiritual energy and perseverance in good: devotion to the Sacred Heart of Jesus and devotion to the Immaculate Heart of Mary ».

But the Vatican surprises put him at the head of the dioceses. For some months at the helm of his first Church, he confides in Padre Pio of Pietrelcina, of whose beatification he will be one of the main supporters. “In Foggia, Father, I am experiencing how difficult pastoral governance is”. The future Saint Pio tries to console him: “My Father, it is difficult, yes, because if it tightens, they scream, and if it widens, they abuse it”.

In Sassari it was a “honeymoon” until 1966. «My 20 years of pastoral government have embraced the 4 of the Council; and 16 years of the post-Council period that were not easy », Carta will say in her autobiography. After 4 years of “training” in the classrooms of Vatican II (he does not miss a session), Carta returns full time to the cathedral of San Nicola. In fact, the various forms of crisis that exploded in the Church also have repercussions within the Sassari diocese, conditioning the relationships, not always idyllic, between priests. Emotional and, sometimes, impulsive, Msgr. Carta fails to control spontaneous reactions, creating bewilderment in those of him who know the good and charitable side. Situations and episodes that depress the archbishop of Sassari to the point of presenting his resignation to the Pope. In January 1971 he confessed his defects in a letter to Paul VI, asking to be relieved of his office. Resignation rejected.

To avoid controversy, the Archbishop tries to minimize interventions. Therefore he passes for a weak man, without a pulse. Instead he is only sentimental. “Monsignor Paolo Carta – says Pietro Meloni, bishop emeritus of Nuoro, an expert like few of the archbishop who in 1968 also became a priest of him, a university professor, – was a great man with the heart of a child. For this he familiarly called himself Don Paolo, and had an immense multitude of friends ».

Salvatore Fiori as a former priest outlines the character of Monsignor Carta in this way: «He was, yes, a shy man, but with an evangelical shyness. Made of fear of offending God, but also of breaking with one’s neighbor ». Modesty leads Archbishop Carta to minimize the work done in Sassari. “One day he said – Aldo Cesaraccio reports – that he would have been satisfied with at least two things at the end of his mandate: having called the Salesians to Sassari (who in the Sweet Milk and at San Giorgio have carried out social works of such grandeur that deserve the pride of the Sassari) and having propagated the cult of the Sacred Heart, in whose name he obtained that the first basilica of the metropolitan area was built in Sassari, after the venerable one in Torres ».

Monsignor Paolo Carta and the holiness of Padre Pio