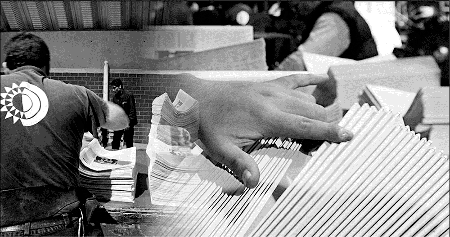 The sower is that person who shares a voice with others, turns it into a seed that germinates and life flourishes. As the religious parable says, whoever sows, sows the word. He is sown along the way when whoever hears the word does not understand and lets that fire go from his heart. Whoever sows on stony ground receives the word with joy, but lacking networks, roots, when the storm comes, he backs down. When the seed falls among the thorns, the word is heard, but it is drowned in walking by surrendering to the riches and worries of the rich who besiege this world and do not bear fruit for the poor.

And he sows on fertile ground who hears the word with his heart, who understands beyond his reason, receives it and shares its fruits to make life through the community and Miguel Concha Malo was from this good land. Don Miguel was a sower and defender of community life, who, being a Dominican friar, imagined and acted to build more just worlds for those who had historically been repressed, made invisible and violated.

He conceived life as that opportunity to live in dignity and community through respect, empathy, solidarity and joy. Miguel Concha was seed, life and collective struggle. It was resistance, democracy, peace and social justice for the peoples. It was friendship, complicity and joy. He, more than a human rights defender and director of the Vitoria Center, was a friend, an accomplice, a teacher of the academy and of life. As the youth of the Vitoria Center used to say with affection, Don Miguel was that friend with whom you could share your ideas, your fears and your joys. He was that accomplice in the collective struggle that sowed and made paths of dignified lives in the face of the unjust systems that he always fought against. He was a teacher at the academy, where each presentation, each lesson, each article shared words and built collective reflections. Above all, he was a teacher of life when he listened to you and embraced you with his words, his eyes and his smile, even in less fortunate moments.

Although it left us with many questions, it also gave us many answers about life. He taught us that we must keep faith and hope until the last breath of the fight. Maintain that empathy and that love for each other, other and another, even in the abysmal differences and turn these into closeness rather than distance. Keep calm in the face of chaos and uncertainty in long-term fights. Maintain forgiveness towards the mistakes of others, because more than making mistakes and losing is learning. Keep joy alive even in the deepest pain. And, especially, to trust. To trust that things can be different. To trust that the differences will unite us more and more to defeat our goliath. To trust in the possibility of recovering life in dignity. To trust in the possibility of building other horizons, other possible worlds. To trust in walking in community, humility and spirituality.

Don Miguel, the sower, planted and harvested milpa during his walk in human rights, in his community and life. In each planting that he stepped along the way, he managed to rekindle the flame of social justice and hope. On the rocky terrain he found, he managed to build networks and resistance for peace together with others, even during the worst of storms. When he came across thorns, he fought them with justice and sharing his voice, humility, simplicity and solidarity for those who needed it most.

And, when he found himself on fertile land, accompanied in community of great flowers and hearts he found himself. The departure of our esteemed sower invites us to continue his legacy of human rights in the search for justice and peace, always walking alongside the victims. He encourages us to continue building resistance by making milpa to achieve dignified living conditions and rebuild memory, truth and justice. He reminds us that without a voice, there is no freedom; without freedom, there is no justice; and without justice, there is no peace or social democracy. From the team of the Fray Francisco de Vitoria OP AC Human Rights Center, we thank our dear Don Miguel for the teachings, reflections and feelings shared with each person who crossed, shared and built a path during his existence. As the Center for young people defending him, we will honor his struggles, trajectory and ideals until his desire for a dignified life for all is achieved.

In Memory of Miguel Concha Malo

* Director of the Vitoria Center

Miguel Concha: the sower of justice and peace

French brand Dundees promotes an uninhibited and high
The Pope: We must react to the serious demographic winter
"Let those who are far return", by Pierre Adrian
Tweet
Share
Share
Pin