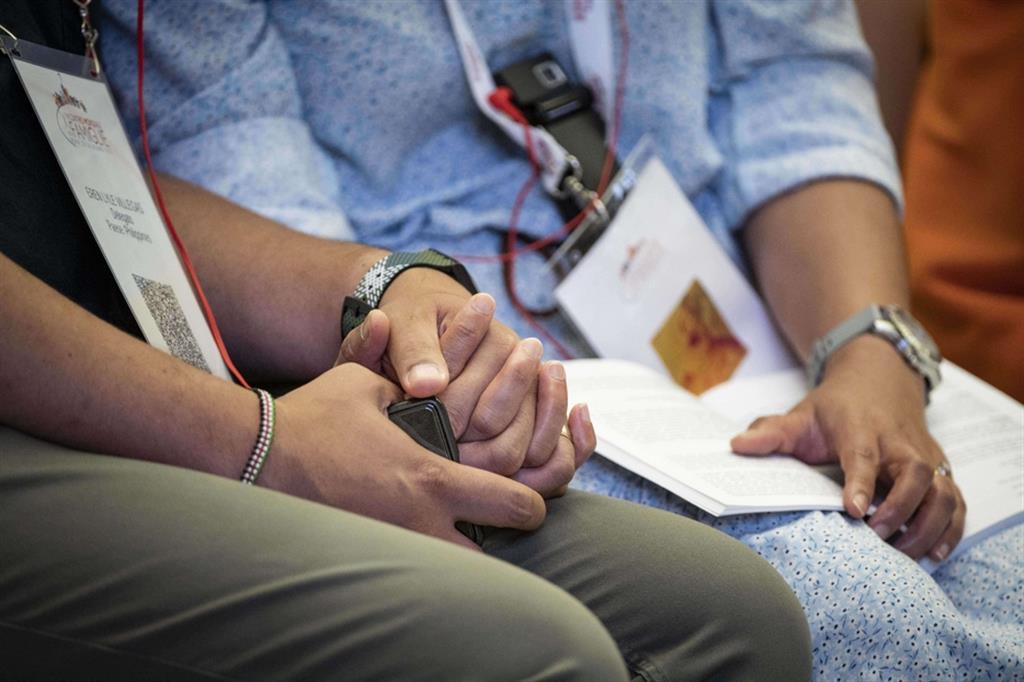 Marital holiness equals concreteness, prayer mixed with reality, looks to Heaven without ever forgetting the smile of a child, work commitments, the disappointments of a friendship, household chores. It is difficult to define what domestic spirituality means. There are no models, as in monastic or religious life, there are no sure references. Each married couple is called to invent their own specific way, with imagination and humility. It was the great challenge of the last session of the Pastoral Congress at the World Meeting of Families, the theme of which was precisely “Family love: a vocation to holiness”.

As happened to Luigi and Maria Beltrame Quattrocchi, patrons of the World Meeting, the first couple in the history of the Church to be beatified for the Christian virtues exercised in married and family life, as parents of four children. Two males (both priests) and two females (a cloistered nun, and the last Enrichetta, declared venerable in the diocesan phase of the beatification process). We talk about them extensively on page 6, with an excerpt from the interventions by Francesco Beltrame Quattrocchi (adoptive son of Enrichetta) and the spouses Andrea Bicchiega and Patrizia Marchegiani.

The path indicated by the Beltrame Quattrocchi was ideally resumed yesterday in the speech by Soren and Even Elisabeth Johnson (USA) who explained how discernment can also become a path to holiness. But are family life and gospel discernment compatible? No doubt, the American spouses stressed: «Discernment does not require an escape from family life, a sabbatical from marriage or a” time-out “from parenthood. Being our own image of God living in our homes, our families are both our way to heaven. “

Marital and family holiness can also become acceptance of broken couples and those in new union, as explained by Stella and Victor Dominguez Acosta (Paraguay), tracing a profile of what they have defined “pastoral care of hope”. They are couples, they reiterated on the basis of Amoris laetitia, who must feel the welcoming love, fraternity, mercy of the Church. It also means “avoiding judgments that do not take into account the complexity of the various situations and being attentive to the way people live and, above all, how they suffer because of their condition”.

And furthermore, what marital sanctity for two spouses of different faiths? Agnes Sandra Wigianti and Taufiq Hidayat, an Indonesian couple, highlighted this with their difficult experience. Married for 21 years, two children, they chose to love each other despite a deep cultural and religious gap, which could seem insurmountable. Her initial conversion to Islam, imposed to celebrate the Muslim rite and therefore the return to the Catholic faith, not hindered by her husband despite the opposition of the family, are only the most surprising aspect of a relationship long supported by accompaniment of Marriage Encounter. A moment of reflection which, Taufiq concluded, “made me understand that my wife is a gift from God, who is unique and accompanies me forever”. And Agnes Sandra added: “I think our children will one day understand what we have done about marriage and will be able to take an example.”

And finally forgiveness as a call to holiness. An in-depth aspect through the heartbreaking story of Daniel and Leila Abdallah (Australia) who found themselves in the very difficult situation of forgiving a drunk and drugged driver who, at 150 kilometers per hour, fell upon their seven children, as they went to pick up one ice cream, killing four. They chose to forgive because a different choice, they said, would not free them from the pain.

«We have chosen to forgive in obedience to the Father who is in heaven. If our children were here today, they would say, “Dad, Mom, forgive him.”
<+ PLAY_RIS>

Meeting of families. “We, who have forgiven those who killed our four children”