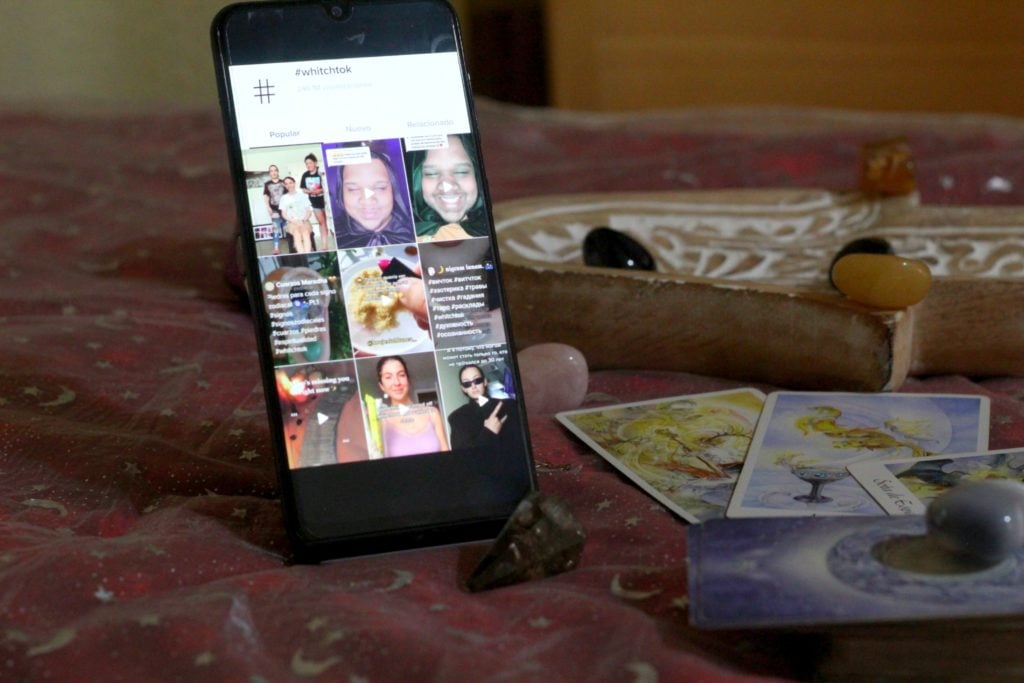 “Witch”: what comes to mind when you read that word? To many, perhaps, the classic image of an old woman with a hooked and warty nose and a peaked hat flying on a broom. To others, some empowered woman and singled out for it. To others, a gypsy with a crystal ball and tarot cards.

However, in the digital age, a witch can be… Anyone around us. People of flesh and blood, with all kinds of lives and ways of being, for whom magic not only exists, but is one of its fundamental pillars.

Because, if witchcraft was traditionally carried out many times in the private sphere, in the past to be persecuted and later to be ridiculed or questioned; on the internet it manifests itself publicly.

And it does so with notorious acceptance: on Tiktok, the most popular network for lovers of the occult and spirituality, the magical community uses the hashtag “Witchtok” (from “Witch”, which means “witch” in English; and “tok” , from “Tiktok”), and the tag has already surpassed 26.8 billion views.

That’s right: witches exist, they use social networks and Efe has interviewed one of them to find out what the rise of digital witchcraft is like. She is Nerea Luna, a “tiktoker” with almost 50,000 followers known by her nickname “@AuraDeCristal87”.

It is easy for her to explain the reason for this boom: “the pandemic factor has had a similar effect to that of the Second World War for hippies: a collective trauma that made many people look inside and seek answers,” she explains.

Thus, “many people were questioning themselves for the first time and had answers to a click or finger swipe,” he explains. And indeed, anyone has at their fingertips one short video after another in the application: energy cleanings, tarot readings, spells to attract luck at work or love, mythology… “It’s really hard to tell the wheat from the chaff” Nerea says.

However, “this spiritual call under trauma has made them vulnerable to coercive tactics,” he warns, since “with the popularity of these topics, people easily invent things to go viral: at best they are harmless, but in others they have risks on a psychological level, especially for those who put them into practice”.

And it is that what characterizes Luna, and what differentiates her from other Tiktok witches, is her brutal honesty and how she seeks to prevent all those users who are seduced by “witchtok” from falling into the hands of sectarians or scammers. In her own words: “I try to bring a little information among so much misinformation.”

Adopting this position has not come for free: “warning about this has led me to have enemies among people with many followers and little ethics”, he confesses, and recounts: “they have even threatened to denounce me for denying them, orchestrating attacks to knock down my accounts or leak my personal data.”

Read more: Mexico wants to snatch the bronze from Brazil as a beer producer

And, indeed, it is easy to find on her Tiktok profile the videos in which she responds to other magic “influencers” pointing out the contradictions and dangers that she perceives in their speeches.

For this reason, although she does not like that all witchcraft is generalized and everyone is put in the same bag, she is clear: “there are a lot of smoke-mongers and you have to be careful with them. It’s easy to cross them on the spiritual path and, if you don’t have foundations, they’re going to sneak it in.”

She, in addition to denying the magical hoaxes, and all the informative content on paganism and spirituality, also offers “Moon’s Roots” on her Patreon (exclusive content for those who want to learn to chart their own spiritual path.

That is why, for example, Nerea Luna does not accept questions about health issues in her tarot consultations, recommending that these clients go to a doctor instead. In the same way that, if necessary, he advises them to attend therapy with a mental health professional when he sees them vulnerable to peddlers.

Regarding “witchtok”, he gives an example explaining that “on the networks you have the ‘rune painters’ who tell you that you are going to solve everything by painting a rune on your arm with a pen…, but that is almost the most harmless thing” .

However, “things like the law of attraction are a remix of marketing techniques disguised by spirituality. There are things like courses in miracles, which are among the most harmful psychic manipulations in this world”.

For all these reasons, Aura is clear about the advice to give to those who want to approach witchcraft in this digital age: “Don’t do it only through the networks, look for books and document yourself. The networks can inspire you or give you ideas, but they will not give you foundations”.

And you, do you believe in magic? If you want to discover it, you already know: you just have to slide your finger, but also looking for your own bases.

With information from EFE.

It may interest you: ‘Climate’ activists sentenced to prison after vandalizing works of art