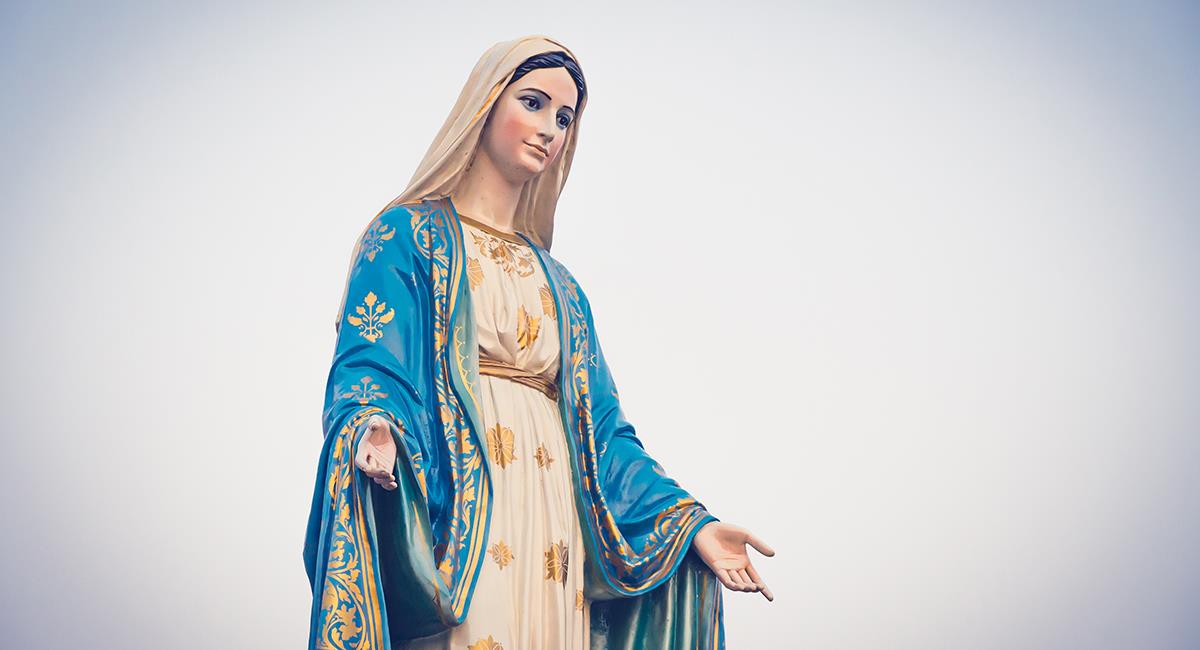 The example of the Virgin Mary, which is the example of the Church, reminds me a lot of some lines from a great poem by the Mexican Octavio Paz: Maria “is not a saying: it is a doing. It is a make a say”. She is the crystallization of evangelical action in its greatest splendor, since, as I wrote Saint Athanasiusin his womb a temple was built, that is, his body, and he transformed it into an instrument of the will of God.

The incarnation in Mary is the opening for man of a hope that does not disappoint, but it is also much more than that, since, in the midst of the violence, the vertigo and the noise that we modern men have given ourselves, she shows us the possibility of attentive listening.

The Virgin Mary is the summit of the human being who emphasizes the freedom and responsibility of every believer, she chooses in full use of freedom to listen and abide by the commandments of the Lord, without hesitation, without doubt, completely surrendered to the trust of a love in which she believes beyond herself. In this lies the Marian spirituality, that which helps us to live more intimately and deeply the mystery of Christ, that is, the authentic Christian life.

Mary is a saying and a doing that deeply encourages and sponsors the union with Jesus Christ. In what he says and does, the Christian is able to clearly see the shortest and most expeditious path to reach Jesus, just as He is the only path that leads directly to the Father (cf. Jn 14:6).

Promotes and sponsors the union with Jesus Christ

Mary, Mother of God, is a saying and a doing, a saying and a doing that have prayer as their starting point, which is nothing other than open and frank dialogue with God. Prayer through which the Spirit of God sustains her, within her soul, in balance and consideration, in a supreme adaptation to the circumstances of her social environment. She has been fulfilling, day by day, fully and in faith, all the purposes of the Lord concerning her. “Under the personal and constant direction of the Holy Spirit, Royo Marín will say, “the Mother of Jesus passed through this earth as an ordinary woman, leading, behind the most ordinary appearances, the most divine life, without ever having refused anything to Love” .

Precisely because she is a saying that is a doing and a doing that is a saying, Mary represents the perfection of the Christian virtues, but, if you will, she is also an enclosure of virtues that every human being should, at least, consider in order to attempt a fuller and richer way of life.

Mary immerses herself totally in the three great virtues of the Christian reality: love, faith and hope. Three virtues that will support her throughout her life, making her a temple of wisdom and a cradle where the Salvation of men takes on human form. Mary was a prudent woman, an example of this is her dialogue with the angel at the annunciation. Before the news that he brings her, she is disturbed and asks for an explanation, when she understands that it is God’s will, she freely accepts with firmness, courage and security.

She is an example of strength by facing all difficulties with serenity, although feeling the edge of the sharpest sword pierce her soul (Lk. 2, 33-35). She was exempt, by God’s privilege, from the fight against evil, but, at the same time, the Lord did not spare her hard trials and setbacks. At the same time, the Blessed Mother showed strength by maintaining her virginity and her immaculate purity intact, which today we can assume from the reality of fully living the recognition of our human dignity that moves us away from the darkness of being something to reach the luminous reality of be someone.

His saying and doing impels us to commit ourselves to work always and at all times for the good. They are a source of inspiration in this diminished hour of our history. She educates her children in realism and strength in the face of obstacles, which are inherent in life itself and which she herself suffered by participating in the sufferings of her Son. Example for our days for being a mother who takes her child not always on the “safe” path, because in this way she cannot grow. Peace and good

Maria is saying and doing