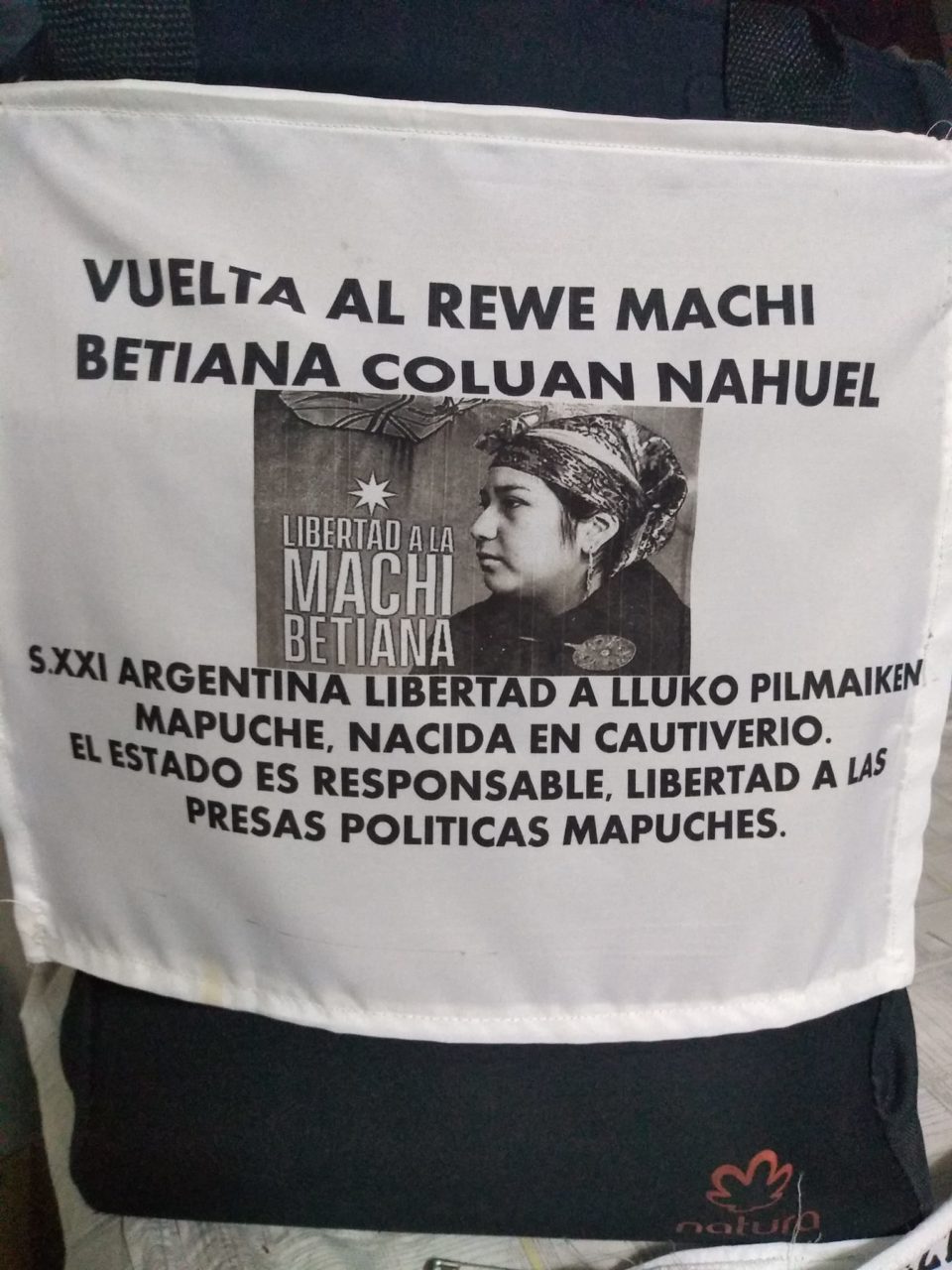 There is no such ephemeris in the memory of our ancestors, nor in the oral accounts transmitted from generation to generation, of the supposed oath to a symbol that brought the conquest, through which it still exercises its supremacist dominance.
This is a new outrage, and a way to strip the truth with mediocre legislative inventions, or one more attempt to bury the real story. The deputies from Chubut, from the concentration camps of VALCHETA, from Fort VILLEGAS, say nothing. They say less of the foreignization of the territory, of the delivery at a VIL price to the Qetaries of the common goods, more precisely of the water in the sources of the Chubut River.
They will never say anything about the indigenous genocide, they will never say anything about the distribution of territories in a few hands, they will never say anything about the dismembered families, the multilations, the hocks, the ears, the severed breasts, the inhuman trappings to the Martin Garcia Island, they will NOT talk about that colonial era because all of them, coming from the boats, continue to be the perpetrators of dispossession, of the recalcitrant racism that we do not forget.

The deputies of Chubut with exercises from the 2014 period, who drafted this law, without consultation, in the light of darkness (as usual) denying us regulated participation in the ILO Convention 169, in something that affects us socially, politically and by history, this is how colonial racism operates, that kind of supremacist, Western whiteness that wants to perpetuate itself forever. They do not realize that the genocidal history that built this country is increasingly questioned, more questioned by a social sector that denies it.
Make a law without consultation of a supposed oath to a flag that was not even that of “Argentina”, but the one that the visitors to Casimiro’s troops had in formation was from Buenos Aires. I mean, from the united provinces of the Río de la Plata at that time.
It does not seem to us a minor fact, this holiday on November 3, rather it seems to us one more act of dispossession, of dominating, of imposing the obligation to belong to a State that is based on genocide perpetrated against indigenous peoples, (still unpunished) , that violates us, that evicts us, that imprisons women, children, that forces them to give birth in captivity, that compulsively transports Mapuche women chained 1500km on flights, that destroys our right to spirituality, that Violent and violates through its mediocre system called Justice, which denies us fundamental HUMAN RIGHTS..
As the granddaughter of survivors of the desert campaign, of the VALCHETA concentration camps, where they mutilated part of our families, it is that I put my voice and shouted in this holiday indoctrinator, these winkas will never have trewa my silence to become an accomplice, the questioning we learned it from so much that they did not deny, the silence of so many severed tongues, reveals itself to be a powerful voice of the territory that nourishes our existence.
It is not a minor fact either that educational institutions at all levels replicate this holiday as an important social act where the “Indians” still call us “swore.” Sorry gentlemen my ancestors our kuifickicheyem never swore ANYTHING. Public education should make a deep self-criticism as an institution, we do not forget that it was the one that prohibited us from speaking our language, practicing our spirituality, from saying our surnames with shame, there we learned that we were «Indians» «lazy» «ignorant» «drunks» . We do NOT forget, we have memory.
And coincidentally «the memories that take us back to those years, realizing that on the banks of the Genoa River, on November 3, 1869 the longko Casimiro Bigua peacefully negotiated against both incipient states Argentina and Chile, THE SECURITY of his people» , the flag of the province of Buenos Aires was hoisted there.
They forget that our Mapuche Tehuelche people never signed the surrender, nor have we given up, quite the contrary, we are standing up, reorganizing ourselves as what we are, an ancestral Nation. Down with this hypocritical holiday, from the operators of oblivion, from the discourse that deforms history, it is racist, it is unwelcome, it is colonial, it plunders the truth. Reproducing only the memories of an Englishman, as the only synonym of truth, is to support the criminal colonization, dispossession and death, which is revived in the present as a new method of conquest today.

Mapuche nation. An imposed holiday, like so many things that colonialism imposed on us  – Latin American Summary