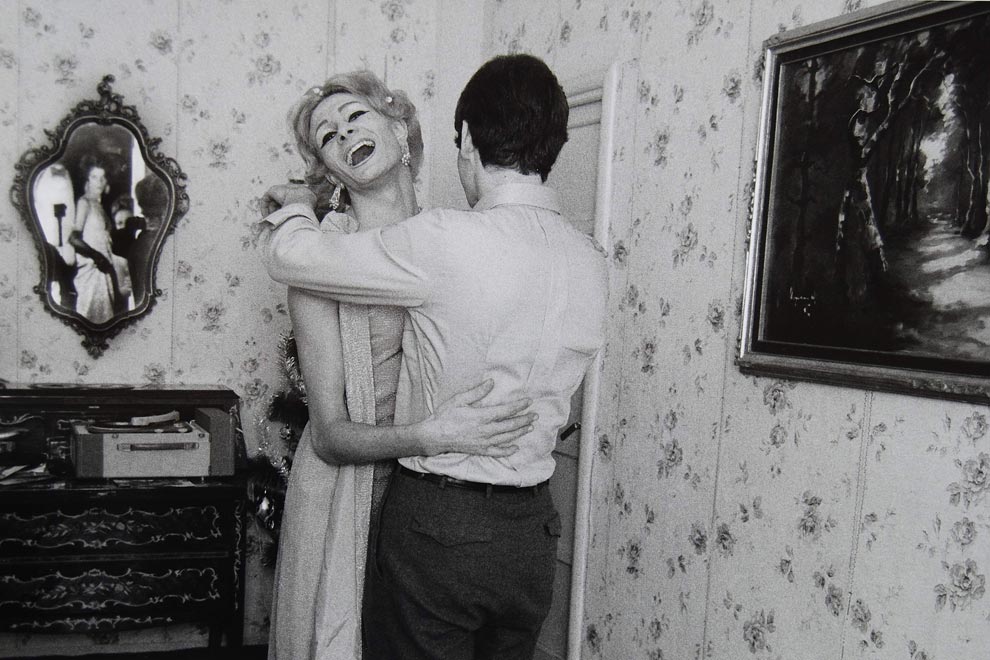 Stplay loud. Always play. A life that is polyphonic, learning everything, observing without judging, changing without fear, giving meaning to every little thing.
Between music, photography and spirituality he has lived five livesas Babaji Herakhan Baba had predicted, the spiritual master whom he had met in India in 1976 and to whom he would devote an infinite amount of devotion.
From there the beautiful biography takes its title: “The five lives of Lisetta Carmi” written by Giovanna Calvenzi and published ten years ago by Bruno Mondadori. Sold out for some time, fortunately back in the bookstore next March republished by Contrast. It collects the intense and decidedly nonconformist life of this woman who to define with one of her professions or passions would be terribly reductive.

Jewish, fleeing the racial laws, she abandons a promising career as a pianist to join the social struggles. We are in the 60s, Lisetta participates and photographs. She does it with all of herself – head, body and heart – during her intense life that spans the twentieth century and extends into the third millennium with a wealth of truly extraordinary experiences and encounters. Witness and protagonist of the changes, Carmi creates the first report on the port of Genoa that it will become an exhibition denouncing the inhumane conditions of camels and one of the most interesting bodies of work in his career. In 1965 it begins the investigation into transvestites, an epochal and founding work – too many have tried to reproduce its spirit without being able to grasp its secret – which will continue until the early 70s. The transvestites become her friends, her investigation is free, free from judgment, terribly human, emotionally involved.

«I never looked for the subjects to photograph, they came towards me» will declare. For a while, transvestites were a part of his life. Welcomed into their community, she was able to reveal their search for identity, anticipating the interpretative approach to the theme of gender identity by decades. The book that contains this work becomes legendary, coveted and unobtainable for many years. The genesis of the most curious volume imaginable intervenes to reinforce the mythology: rejected by all publishers, even those on the left, it was given to the press by Sergio Donnabella, a gentleman who was not a publisher but had the courage of a neophyte. In fact he publishes at his expense a few thousand copies. It would seem a happy ending. No it does not. There is a new problem: no bookshop wants to exhibit it. Too scandalous, despite the rebellious years and the sexual liberation that breaks the barriers of the couple but not those of identity. THE dress up they must be hidden among the shelves. What to do? Barbara Alberti, journalist and writer, a great friend of Lisetta, retrieves the copies and, little by little, takes them home. In short, they will become “the base of the bed, tables, bookcases, low walls, sofas and chairs that changed shape every day depending on how many we gave to friends” the writer will declare. In a decidedly original way, she kept it and circulated it.

Travels: South America and the Orient

Lisetta Carmi travels the world: first South America and then the East where she meets Babaji Herakhan Baba.

It is the encounter that will change her life. She will embrace the spirituality of the master and for some time Herakhan, in the foothills of the Himalayas, will become her home. If you think we have reached the end of the story, you are wrong. While you imagine her wearing a simple sari in the Indian ashram, Dalmine, an Italian steel company, commissions her to do a job that will be titled Sicilian waters. Here, on the island of the 70s, he will photograph people and landscapes, in his own way: empathic, poignant, sometimes visionary. Characteristics that she will keep in portraying cultural figures who will give life to sometimes simple and other brilliant representations. How the Ezra Pound seriestaken in his house on the heights of Zoagli, in Liguria: a happy episode of portrait photography and the encounter between two exceptional personalities.
In 1976 Lisetta Carmi began the construction of the ashram Bhole Baba, in Cisternino, in Puglia, to spread the thought of his master Babaji. He moved to live in a nearby trullo and, in the last years of his life, in the center of Cisternino.

Live strong, live how you want

Live strong, live as you want, live at different latitudes, observing, embracing human beings, spirits and masters. How beautiful Lisetta Carmi’s life is and what a privilege to have known and listened to her with its stories of this and other worlds; what an honor to have cooked her my delicious vegetable soups (according to her), and what a marvel to have held her special hands, soft as velvet, always warm, capable of infusing something that I cannot define but which I can imagine certainly had a deal with his spirituality.

Lisetta Carmi in a portrait by Toni Thorimbert

And it was precisely spirituality that guided the life of this great woman who left us in July 2022 at the age of 98, slender in appearance, very small in stature, lively and blue eyes that couldn’t be bluer, frizzy and crazy hair, strong like a rock. She was amazed by the extreme and audacious choices with which she suddenly swerved on the road that seemed to her marked out. If I think of the adjectives that can define it, I would say nonconformist and radical. Of a light radicalism that does not offend, does not shout, does not attack but, on the contrary, is guided by the karma of justice here and elsewhere. And I’m sure you would agree with this essential definition.

The exhibition “Lisetta Carmi. Play Loud”is at the Gallerie d’Italia in Turin until as of January 22, 2023. Curated by Giovanni Battista Martini, precious custodian and promoter of the photographer’s archive, it includes 150 images taken between the 60s and 70s for an exhibition divided into eight sections, accompanied by the audio of pieces by Luigi Nono and Luigi Dallapiccola and from the voice of Lisetta Carmi herself. In the exhibition there is a video dedicated to her work by the director Alice Rohrwacher. This first date “Lisetta Carmi. Play Loud”, launch the project The great Italian photography: a program of exhibitions of famous authors of Italian production, curated by Roberto Koch, founder and owner of the Contrasto agency and publisher of the homonymous publishing house.

For those who want to know more, in addition to reading the aforementioned biography due out in March 2023 for Contrasto, “I travestiti. Color photographs”, is not the mythical book but it is still worthwhile to discover the work. Obviously there is the catalog of the exhibition currently underway in Turin: “Lisetta Carmi. Playing loud” (ed.Galleria d’Italia/Skira) and there are some fundamental books that can offer much more in-depth knowledge: “Lisetta Carmi. I photographed to understand by Lisetta Carmi and Giovanna Chiti (ed. Peliti associati); “The beauty of truth” (ed. Postcart), the box edited by Giovanni Battista Martini. Just to name a few. And, finally, his life is the subject of a documentary by the director Daniel Segre by title: A soul on the way.

The arrogant West is increasingly weakened in our hotspot and recently around the world
Culture: violence and liberation (V of X)
Naima Zmarrou's work is invited to the Living 4 Art gallery
Tweet
Share
Share
Pin