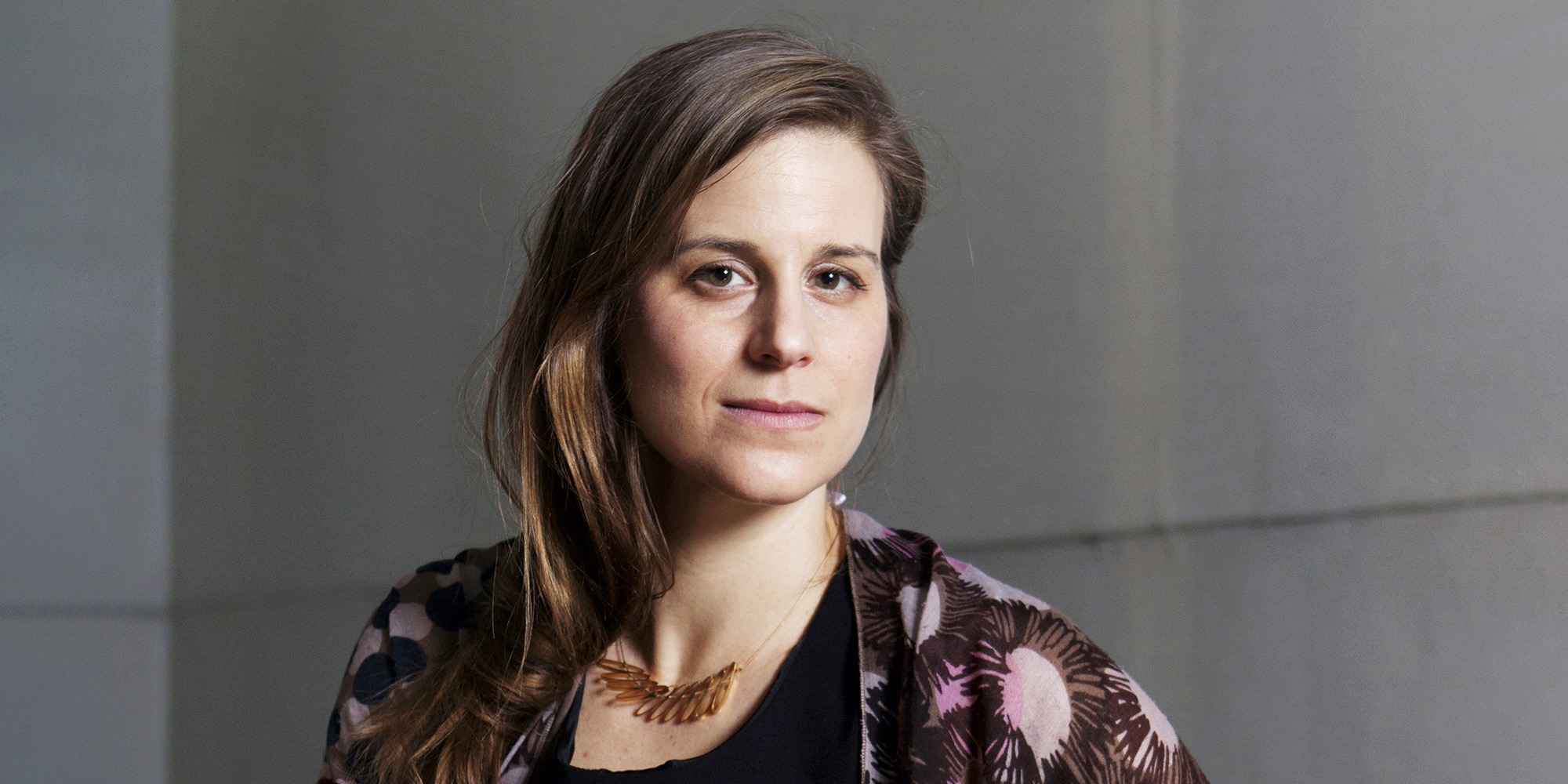 The craziest literary bet of this new school year plunges us into a 12th century abbey for a closed session between nuns. With for central character the poetess Marie de France, a fierce feminist before her time. A tour de force by Lauren Groff, who answered our questions about this extraordinary book.

More than five years after the success of Furiesthe American Lauren Groff, signs the most original, most impressive novel of this winter season: Matrix. The book stages an exclusively feminine romantic universe, around a historical heroine, Marie de France, of whom we know little except that she wrote poetry – the leave of Marie de France – in the 12th century. Texts that were probably read at the court of King Henry II of England. His leave were devoted, something highly modern and feminist before their time, to adulterous love, therefore to the way in which a woman could escape from a forced marriage, without love, and regain possession of her body, her emotions – at the risk of imprisonment for those who had dared.

Born in 1978, Lauren Groff, who we discovered in 2008 with The Monsters of Templeton (followed byArcadia and of The Furies) is betting on a rewriting of the myth of Marie de France by replacing men with women. Coming from a line of women who ride horses, bathe naked in rivers, fight, and refuse the extremely restrictive feminine canons of the time, Marie falls in love not with the king or his son, as he was said, but of the queen herself, Eleanor of Aquitaine. She will be sent – ​​locked up – in a convent of nuns on the verge of poverty. It is this gynecium in the form of a closed door, cruel, moving, galvanizing, where each woman has her story, that tells Matrix. A mystical life too, even generating hallucinations in Marie, also strictly feminine – and leading her towards writing, poetry, freedom. By drawing on this so distant past, Lauren Groff has managed a furiously contemporary novel, which answers the questions of our time.

Why did you want to write, at the beginning of 2020, a novel around Marie de France (1160-1215) who was a poetess in the 12th century?
Lauren Groff— I read the leave of Marie de France (her poetry) for the first time in university, more than twenty years ago, and she has not left me – her animal energy, her deep intelligence, her twisted way of looking at the world. I threw myself into multiple projects to try to get closer to her, including a translation of the leave, which was not a success, and even the first draft of a novel, but which did not really take. Finally, it was when I heard my friend Dr. Katie Bugyis giving a lecture on 12th century nuns, that Mary came to mind with a vengeance; I had a vision of Matrixsaw the book as a sly, biased way of moving me back and forth in time, the medieval world echoing in our times, and vice versa.

Almost nothing is known about Marie de France. So you’ve made it up at all?
Not everything, no. I have done everything to stay as close as possible to the sources I could find on this period. Even if these stories were apocryphal. For example, there was no large-scale earthwork maze at this time, as there is in the book, but there was a myth – false of course – that Henry II, the second husband of Eleanor of Aquitaine was so afraid that Eleanor would assassinate his mistress, Rosemonde Clifford, that he had put her in the center of a garden-maze to protect her from his wife. I borrowed this idea. Of course, we know nothing about the life circumstances of the real Marie de France – there are only hypotheses about her – but we can glean a lot of information about this time and its context through her own words. My Mary is made up, but I really tried to represent as faithfully as possible the life of an abbey of that time, and I relied a lot on my historian friends to know when I was on the wrong track.

Through the life of Mary in this abbey of nuns, Matrix immerses us in a camera between women. What did you want to express by choosing to represent a society, and an existence, exclusively feminine?
In a way, it was a reaction against the way women have been portrayed throughout the story, as vaguely female-shaped shadows always on the periphery of the plot, not necessary for the main story. I wanted to make women absolutely central, I wanted to write this book in a real female gauze. In the English text, there are no male names (even God has no gender, and animals are all female). It was not a reaction against the terrible waves of patriarchy that always return throughout history. It was more of an exercise in exclusion – I was thinking of Georges Perec with Disappearance, and to the Oulipo, for the way in which strict formal constraints make strange, fascinating things appear in a text. On the other hand, I was reacting against my own romantic idea of ​​what a female utopia would look like, because women are human beings too, therefore subject to very human weaknesses, failures, appetites and ambitions. If no utopia can exist, it is because the people who make them are human beings.

do you see Matrix as your sorority tribute?
Yes, this book is dedicated to all my sisters. Not in a foolishly delighted way with the manger, but in a way that recognizes and focuses on the small, tight space women have to protect themselves from larger institutions.

Does being a feminist (like any other word in “ism”) have to do with literature when writing a novel?
I am a feminist, yes, because not to be is to be misogynistic. Feminism is the recognition that women are human beings and should be treated with human respect, and have human rights. But feminism has to do with writing literature, just as the political self cannot be separated from the writing self.

In Matrix, it is also a question of mysticism which even provokes hallucinations in Marie. Are you interested in spirituality?
I was deeply spiritual as a child because I was a very fearful, anxious little person who had no power over the world, and I loved the idea of ​​a story that would give meaning to my confusion. I slowly lost my religiosity, and found literature, which in a way serves the same purpose. What has interested me in recent years is the story of how humanity has brought us to where we are – on the verge of a climatic apocalypse – and how Western religion intensified our shocking abuse of the natural world: we misinterpreted “the dominion” in Genesis as “dominion.”

How do you write in general, and how did you write Matrix specifically ?
It usually takes me a long time to find the thread of what I want to write. I write by hand in large notebooks, drafts, without looking at them later, developing the foundations of the book mentally. Finally, when I have a first draft that seems right to me, when I have found the music for the prose, I try to transpose it to the computer, which gives me the impression of pouring the text into plaster : Afterwards, it’s harder to change things once it’s on the computer, although I do dozens of versions that way too. For Matrixit was a little different, because I had the entire novel in my head listening to my friend give her lecture on medieval nuns: I had the form, I had the central character, I had nothing left only to find the music and the prose.

What are your projects ?
My new novel will appear in the USA and Great Britain in the fall: The Vaster Wilds is radically different from Matrix. It is set in 1609, in Virginia, and is about a female Robinson Crusoe. I was inspired by tales of early American captivity, and I wrote this whole book in the Elizabethan language (I had to go back to my beloved Shakespeare!). It is part of a larger triptych, started with Matrix, which questions religion, climate change, and the role of women. Currently, I am struggling with writing the final installment, which I hope one day teaches me how to write it.

Lauren Groff: “Not being a feminist is being a misogynist” – Les Inrocks

Humus, flowers and skulls in Fonte Avellana. Until 31 July, the works of the Jesi artist Andrea Sil...
A Raphael tapestry teaches us how to do mission even today
Saint Francis of Assisi, the first environmentalist
Tweet
Share
Share
Pin