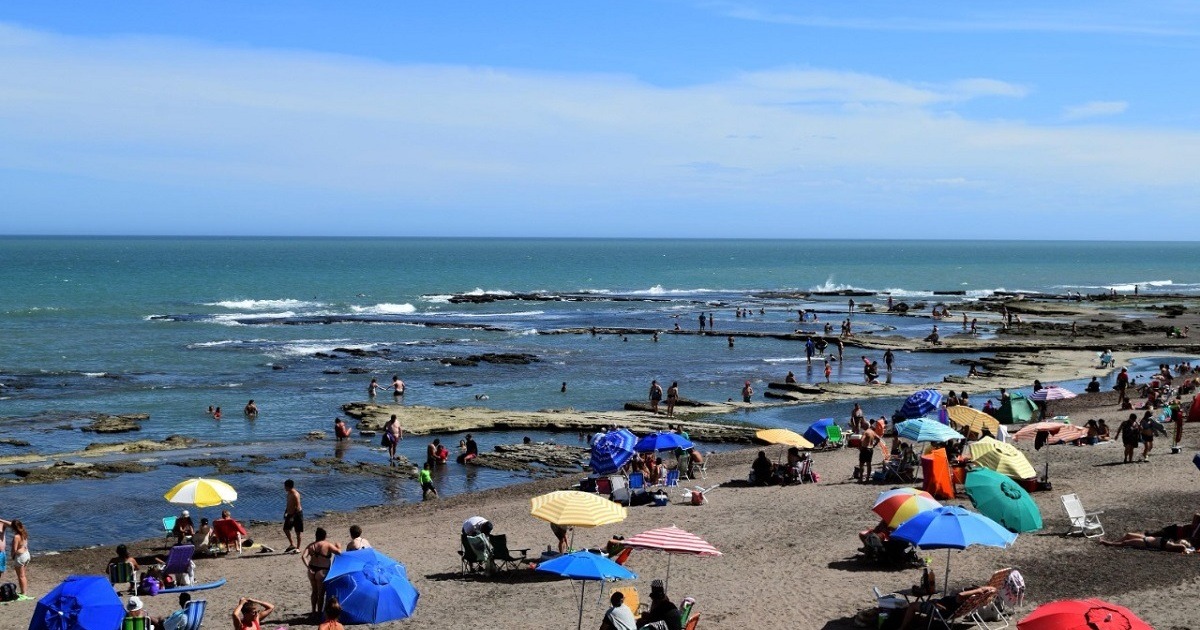 60 kilometers from Viedma, along Provincial Route 1, is located La Lobería with its traditional sandy beaches and tiny stones, and numerous natural pools sheltered from the typical Patagonian cliff.

It is the refuge chosen, more and more, by residents of the Viedma and Patagones Region to enjoy a day at the beach, a highly recommended site for tourists, as it is becoming a clear option for those who can build near the sea because the villa shows a great advance with numerous constructions.

The captivating beauty of the place has its setback and that is access to the beach. An extensive descent, with a marked slope; of cement and some steps are a challenge that must be taken calmly. Much more difficult is the ascent, but There is the alternative of the forklift run by the local concessionaire, which works non-stop until 8:00 p.m. each day at a cost of 200 pesos per person.

The vehicle has been in operation since the 1990s, with some interruptions for repair, then that it was a creation of a group of students from the Industrial School of Viedma for a science fair of the establishment.

over the cliff The property also has bathrooms and a confectionery, as well as a covered parking area, with a cost of 400 pesos per stay..

The campsite that was granted by the municipality, after its refurbishment, to local businessmen who They offer camping and hostel services, as well as a convenience store that operates every day from 9 a.m. to 12 p.m. and a Foodtraks.

The hostel has six places distributed in three rooms with air conditioning (hot/cold), bathroom, kitchen and dining room for common use, refrigerator with freezer and electric stove and the price is 3,500 pesos per person (does not include bed linen).

Since the end of last year another possibility was born for that area with the organization of the First Conscious Energy Tourism Meeting organized by the Chamber of Commerce, Tourism, Industry and Production of Viedma; the local municipality and the tourism department of the province. An idea that seeks to settle over time for those who seek different destinations motivated by the energy and spirituality of the environment to carry out relaxation and meditation activities.

The Reserve a few steps away

Just three kilometers from the spa and the maritime village the Faunistic Interpretation Center is located which depends on the Ministry of Environment and Climate Change of the province and has been operating since 1980.

There you can see the largest fur seal colony in South America with almost 8,000 specimens and at this time of the year the females are in the calving stage. During the winter, the arrival of numerous females with their young from other Patagonian areas increases the population to around 12,000 individuals.

In addition to observing the wolves from different viewpoints located on the cliffs, you can learn details of these specimens and other animals, especially birds, that inhabit the reserve through the work of the environmental guards who provide services in the place.