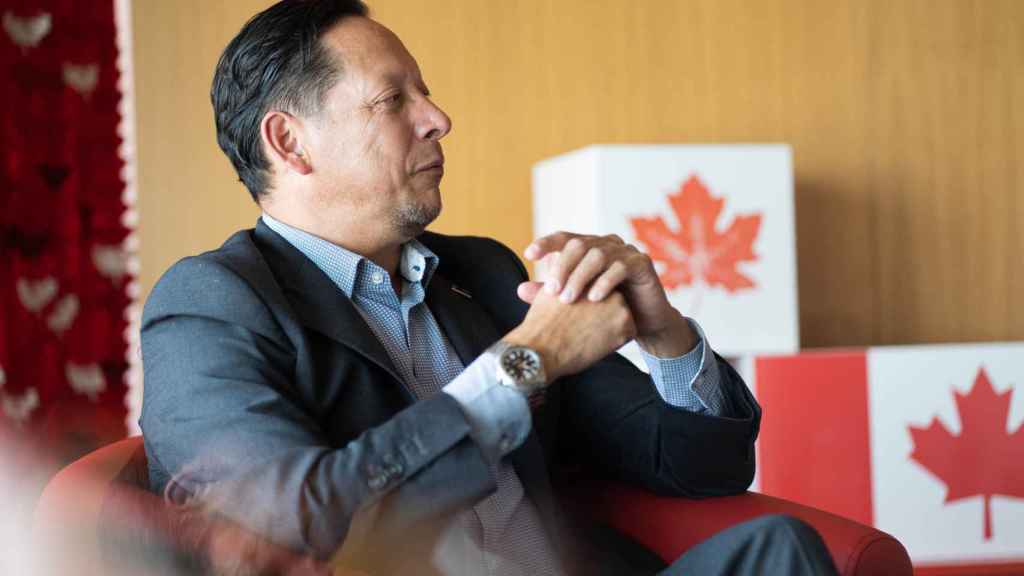 John R. Sylliboy sits against the light in front of a horizontal window that frames an area of ​​Madrid that we know is going to be completely rebuilt. The Canadian embassy crowns the last of the four towers and the people who pass through it witness a constantly changing view, an immense canvas that is painted a little more each morning.

Sylliboy hails from a Mi’kmaq nation of Nova Scotia on Canada’s east coast and is an international leader in promoting women’s rights. two-spirit people. In 2009, four young people from this group committed suicide in his community, and this inspired him ever since to dedicate himself to fighting for a gender culture more sensitive to diverse identities, both among the Mi’kmaq and internationally.

He slowly recounts that, although he has only been in the city of Madrid for a day, he has already been able to visit the Chueca neighborhood and praises a Madrilenian rice with mushrooms, although he found the neighborhood LGBTI too calm, he explains, it is the same process that he experienced in the gay neighborhood of Montreal, “our neighborhoods tend to become elegant neighborhoods, that is due to our demographics”.

Before, he didn’t travel as much as now, when he travels all over the world to defend the rights of two-spirited people. It must be pointed out that this two-spirits is a contemporary pan-indigenous term already used internationally by the LGTBQIA+ collective, to refer to a continuum of diverse gender and sexual identities of indigenous people.

John R. Sylliboy during the interview.

John R. Sylliboy is a professor at the Department of Integrated Studies in Education at McGill University in Montreal in Canada and has carried out different studies on people two-spiritsresearching the experiences of coming out in the indigenous communities, helping to “revitalize the Mi’kmaq language” and collaborating in the elaboration of “a National Action Plan for eradicate systemic racism and violence against indigenous people with diverse gender identities”.

In his explanation, he mentions that the word about which he has come to communicate to Spain is an umbrella term. He didn’t know it himself until a family friend approached him one day and said “Congratulations, John, for coming out of the closet and showing yourself as a two-spirits“.

I heard the word and wasn’t quite sure what it meant. I had already said that I was gay in my housegay or bisexual or whatever I felt at the time, but I didn’t use that term, so I said to myself ‘I have to know the language better’”.

“The term two-spirits”, he adds, “was created in 1990, within the LGBT indigenous community, to describe those of us who feel this duality and live a non-secular spirituality around our own gender, with a meaning beyond the terms masculine and feminine”. He explains how initially “this term was very useful to those people who were starting their gender change process because it is a very fluid term.”

Regarding its current use, he explains, “it is about reconciling, nothing more“. For him, “all spirits and living things are connected with each other. Even microorganisms are with other organismsplants with animals, animals with humans, and humans with each other, in a state of constant flux.

What determines the well-being of all is what defines our values ​​and beliefs and the social cohesion of individuals is always evolving to meet the individual and social needs of all”, he adds with admirable seriousness.

“For us, we all have a collective identity with the Earth and with the other spirits, from insects to birds”, he elaborates. “It is not something religious, although there is a ceremonial part that has to do with language, and even with sounds, for example that of drums… Who you are in a certain way is always related to being together with others, all the beings,” he adds.

As he points out, the history of his country has been affected “by an often racist and heteronormative colonialism, which has tried to erase part of our history.” He points out how enormous this two-spirit community can be considered, and speaks of even a “10% of the population”, that is, tens of thousands of people from “North America, but also from Central America and Australia, where for example other terms exist. We have a responsibility to communities around the world, to tribal nations.”

To do this, he explains, “we need more identities.” In what way can language be important? Explains how “creating new words is related to the wellness (wellness). With getting to be well, with being in peace and harmony “. 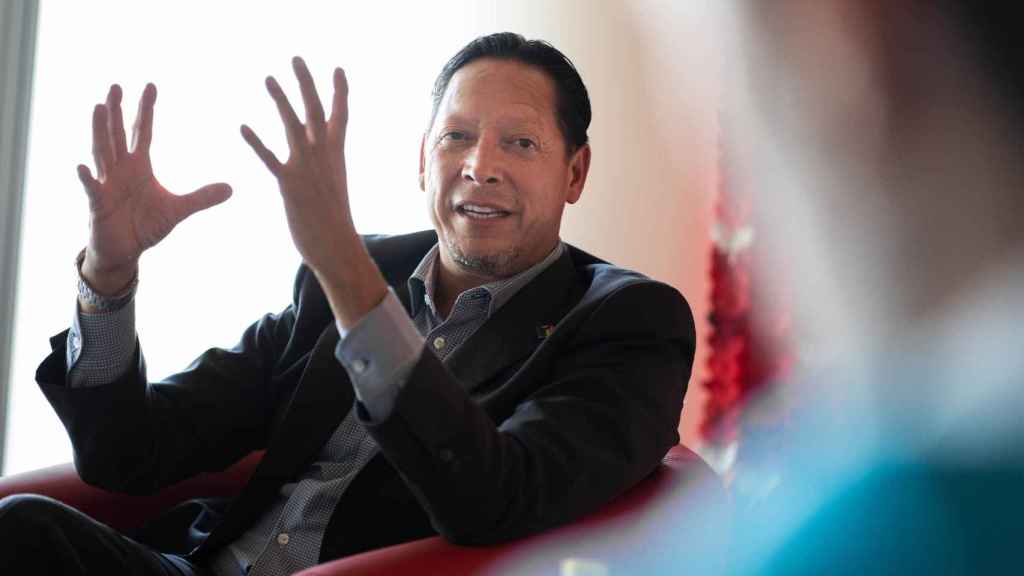 John R. Sylliboy at one point in the interview.

“Also with healing processes, because the power of a word allows understanding and reassigning cultural identities. Understand that they have always been there so that they are not erased or hidden, and so that people who feel that way are protected and affirmed, ”she says.

As he adds, “the kinship between all our communities is very strong and the cultural component of who we are has always been and will be there, that is why the concept is understood in all its communities. In our case, we always help each other when there is a crisis and when there are good things to celebrate, we do it together”.

“My first language built my first worldview and created my first way of being. My first and most personal vision of the world comes from my beliefs, through its language and cultural practices. I like to fish, for example.

I changed schools when I was between 12 and 13 years old and that’s when I started going to a school in English and I began to face the possible racismbecause I never felt racism within my community logically”.

In this sense, his intention is not to generate controversy, but to offer more possibilities: he remembers a phrase from his mother, “She told me: ‘John, you just remember this, you are here to make friends, not enemies’”.

“Some people,” he says, “ask me how you can live with hardly any resources… I remember my mother and how she taught us English with the words that appeared on cereal boxes and in advertising catalogs, to prepare us for when we left. You need to speak this language.”

For Sylliboy, author of a recent documentary presented at the Atlantic festival in Canada on the Two-Spirit concept, this term, understood as “the intersection between cultural identity and sexuality, is very important.”

“From our perspective, who you are, how you are and how you are called, is something very important. The notion of “2” implies that you are part of an indigenous culture, and that you carry that spirituality within you, and also includes a diverse sexuality, which has been documented by oral tradition for centuries, and now finally acquires a special importance. ”.

John Sylliboy, we speak with a ‘two spirits’: “I am indigenous and LGTBIQ +”