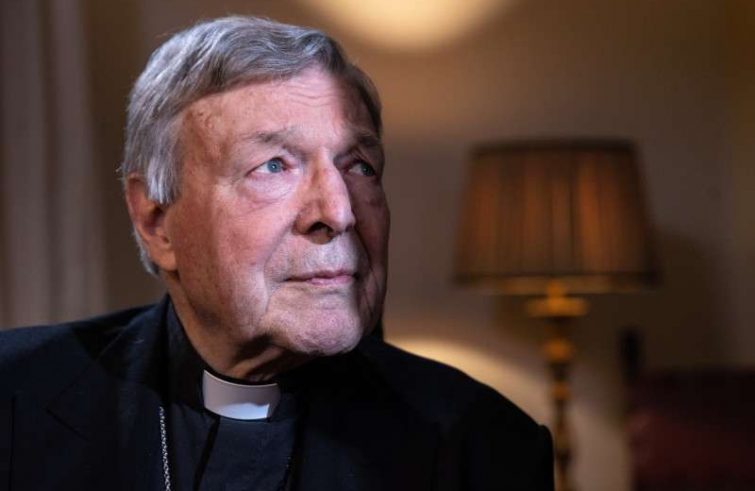 On the day of his funeral, we disclose the last public homily of Cardinal George Pell delivered last Saturday 7 January in San Giovanni Rotondo at the Padre Pio spirituality center on the occasion of the XX general conference of the Magnificat Dominum Community, a Catholic charismatic community born in Foggia in 1984, by a group of lay faithful, at the parish of Sant’Alfonso Maria de’ Liguori

We believers know well the blessings we have received in Jesus Christ, we know that “The people who lived in darkness saw a great light and that for those who lived in regions of shadow of death, a light has arisen” Isaiah 9.1. We know Jesus’ call, through the Baptist, to conversion: “Repent because the kingdom of God is at hand” (Mt 4:17), but we elderly Catholics, or rather adults, are also blessed because we have lived, in almost forty years, the time of John Paul II and Pope Benedict XVI. These years have been pinnacle throughout history. The papacy of John Paul II, one of the greatest popes in the history of the church, not only for his role in the collapse of communism, but also for the whole Western world because, after the Second Vatican Council, the churches in Holland and Belgium collapsed radically, with the danger that this collapse could be even more extensive. I believe that John Paul somehow stabilized the church in the Western world; for all these reasons, in these days, we are not celebrating the end of an era but we are celebrating the contribution of these two great popes. We believe that this tradition must continue in the church of tomorrow: not that this is the only condition – it must not be a monopoly – in fact, there are many other good conditions, but this one has given a special contribution to the whole church and, above all , to the young people. In fact, many young people followed Pope John Paul II and Pope Benedict XVI. What are the elements of this legacy of Wojtyla and Ratzinger?
1) They were true Christians: they understood that the secret of life and death are present in the life and teaching of Jesus Christ. They were missionaries of the truth: we don’t build the truth, we don’t have the ability to change the truth; we can only acknowledge the truth, and sometimes the truth isn’t all that pretty. Sometimes the truth is disconcerting, difficult. These two popes did not affirm that Jesus’ teaching was conditioned by the time, by the Roman Empire, by the pagans; they did not claim that the essential and central teaching should be updated, radically changed; they accepted Jesus’ teaching as it has come down to us. As for them, also for us, Jesus remains the way, the truth and the life.
2) They were optimistic: they believed that Christian communities and the teaching of Jesus are a great help to live well; Jesus didn’t come among us to make us suffer and they only believed in the Christian virtue of hope. The English writer Gilbert K. Chesterton writes: “The virtue of hope is only possible when there is no human hope.” These two popes did not believe this, because the world is better, however, when we follow the teaching of Jesus. Families stay together, they are happier, communities are better, they follow the law and in a Christian world families are stable , young people are less fragile, they are stronger spiritually and psychologically. Like Christians we have something good to offer the world: the cross is not too heavy. We, who are Christians, know that we must love one another, we must follow the precepts that Jesus gave. “Whoever keeps His commandments remains in God and God in Him”. (1Jn 3,23) There was an atheist English philosopher who stated that the 10 commandments are like a final exam, it is enough to be able to live well 6 out of 10: but no, we must try to follow them all. We know that our life is a struggle against selfishness; these two popes lived during the years of World War II, Wojtyla lived communism; they understood the importance of fighting our selfishness; they knew how to distinguish between the spirit of truth and the spirit of error.
3) They understood the importance of the sacraments and, especially, of the Eucharist. The Eucharist is not only a horizontal celebration but it is an act of prayer, of adoration; like this morning, when we began with prayer by placing God at the center: it must be like this, because God is transcendent, out of all our experience, out of our world; the vertical dimension of religion is essential.
4) They understood the role of Peter’s successor in the life of the Catholic Church; we Catholics must remember that the universal unity of the Church is not something that can be taken for granted or easy. It is a very precious gift that we must be careful to keep so as not to damage it. You charismatic communities must understand the need to maintain unity. We find the teaching for every man written in chapter 16 of Matthew and in John 21. Peter is the man of rock, the foundation of the church: his task is to protect and defend the apostolic doctrine. These two popes understood well that we are not the teachers of the apostolic doctrine, we are the defenders, we serve and respect this precious rule of faith. All Catholics, of any age, throughout the world, also have the right to receive the same teaching that Jesus and the apostles gave in the early years of Christianity: this is Catholic doctrine. Both popes were men of courage, but at the same time prudent: there is a time to speak and a time to keep silent, but courage is always essential. One might think that, in the future, there may be popes from Asia or Africa.

Today we have a Pope from South America, good and good!

These two popes were, instead, Europeans, examples of men who were profoundly connoisseurs of the high culture of the Western world; they knew the theology and philosophy of the church well and had a great ability to dialogue with the best atheists in today’s world: this is important and useful. Both of them understood the importance of the church for all of us to help the suffering, the sick, the tormented, possessed, epileptic, paralytic, lame physically and spiritually this is the task of the church: Caritas in Veritate. We thank God for these two popes and pray that their legacy may continue into the future.

Jesus remains the way, the truth and the life | AgentSIR