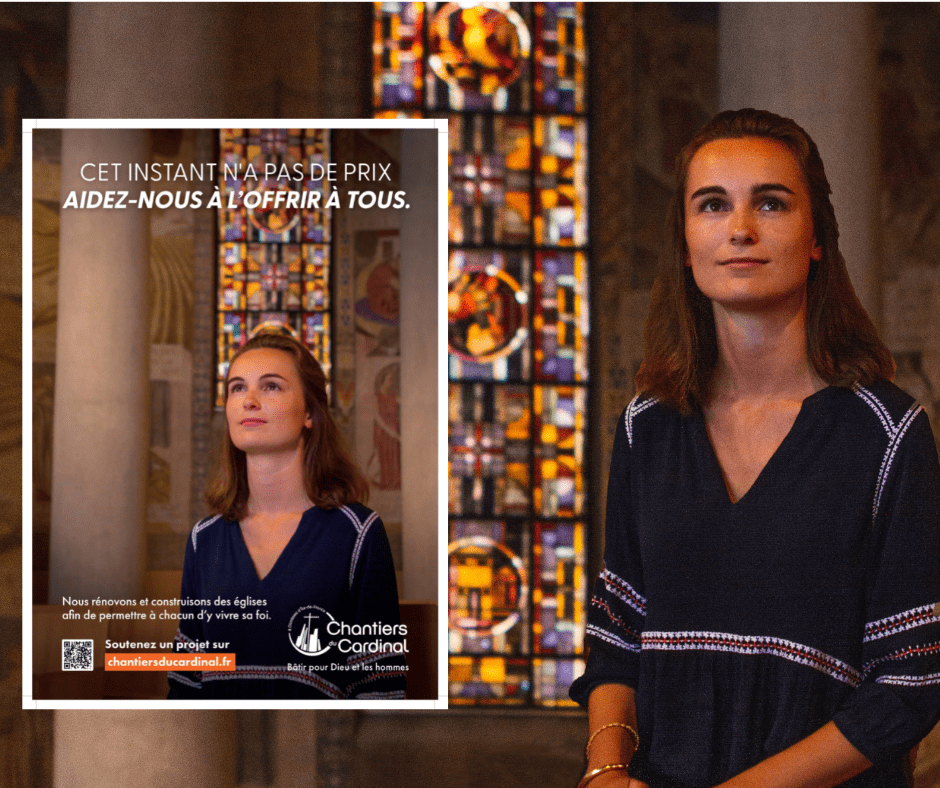 “We have chosen to highlight the churches”

– Why propose a new communication campaign?

– We consider it a good idea, every three years, to talk to the donors of the Chantiers du Cardinal on a slightly different theme. For this campaign, launched in the coming weeks, we have chosen to highlight churches as places of prayer that must be preserved, renovated and embellished for practicing Catholics but also for all those who want to enter them. so that they can live there a privileged moment of spirituality.

– This new campaign poster is accompanied by a videoand with a strong sentence “This moment is priceless, help us to offer it to everyone”, what do you want to communicate?

– The idea is to remember that thanks to the work financed by the generosity of donors, we promote the possibility for everyone to live their faith and to gather in churches.

The poster for the new campaign will be affixed in the churches of Île-de-France. (CDC)

– Who is this new communication campaign aimed at?

– It is addressed to practitioners and more generally to the entire Catholic community as well as to those who have their own spiritual journey. The campaign is also aimed more broadly at enthusiasts of religious heritage.

– Unlike the previous poster which showed a bell tower under renovation and scaffolding, we are here in a church, we see a young woman sitting on a bench, we can guess a colored stained glass window behind her…

– Yes, we have focused on what happens inside a church with a person recollecting or praying, which enhances the atmosphere of recollection in churches. We also wanted to make a poster that is pleasant to look at with this beautiful stained glass window that diffuses a soothing light, because spirituality and beauty are intimately linked. The main message is this: we want to renovate and build churches that make everyone want to visit and stay with God.

– Where will this new poster be installed?

– As with each of our campaigns, we would like it to be affixed in religious buildings but more generally disseminated on all paper media such as donation envelopes during the annual collection but also digital, for example on our website, the online donation… and of course social networks.

– How will this new campaign be shared with parish delegates?

– We have an annual meeting with the delegates of the Chantiers du Cardinal in the parish, next November, we will involve them in this new communication campaign. On this occasion, we will present this poster to them as well as the video that will be published on our social networks, explaining to them the meaning of the campaign and the objectives pursued. 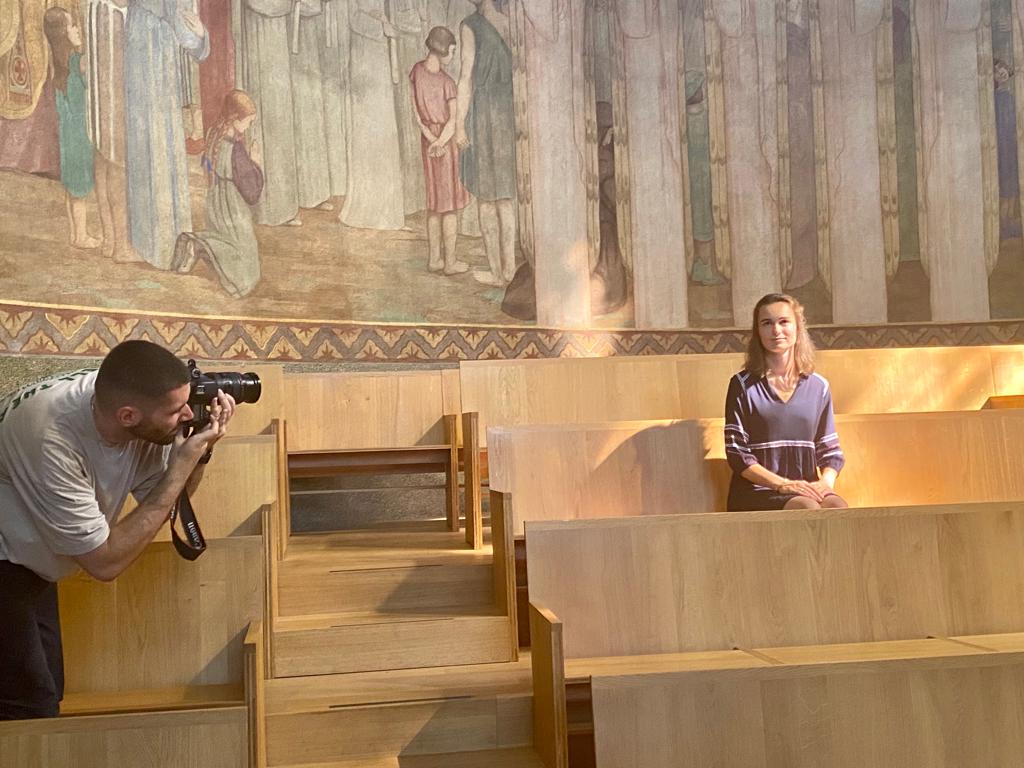 Shooting for the 2022 communication campaign. (CDC)

– First of all, it is a question of maintaining a constant and privileged dialogue with our donors by interesting them in the work of construction, renovation and embellishment of our religious buildings. But also to solicit new donors who would be willing to support us in our action. Finally, we would like to remind you that the Chantiers du Cardinal are able to receive legacies, donations and life insurance.

– Nearly 91 years after its foundation, the Chantiers du Cardinal remain an important work of the Church in Île-de-France?

– Yes, of course, and this because the renovation needs of our religious buildings built after 1905 will become increasingly important. The Church continues to build in Île-de-France, especially in certain dioceses in the greater suburbs of Paris. I remind you that 4 large churches are currently under construction in the dioceses of Meaux, Versailles and Saint-Denis. It is a strong message of hope, we must make known this religious heritage of the XXe and XXIe centuries, sometimes still too little known!

– Precisely, does the current context (the economic situation, the difficulties of the dioceses…) make the collection more complicated?

– Like many associations, we manage to maintain or even slightly increase our fundraising, even if the number of our donors tends to drop. But we remain confident because the needs, so many constructions but above all renovations, are immense and the donors, Catholics or not, have always been able to respond to our call.