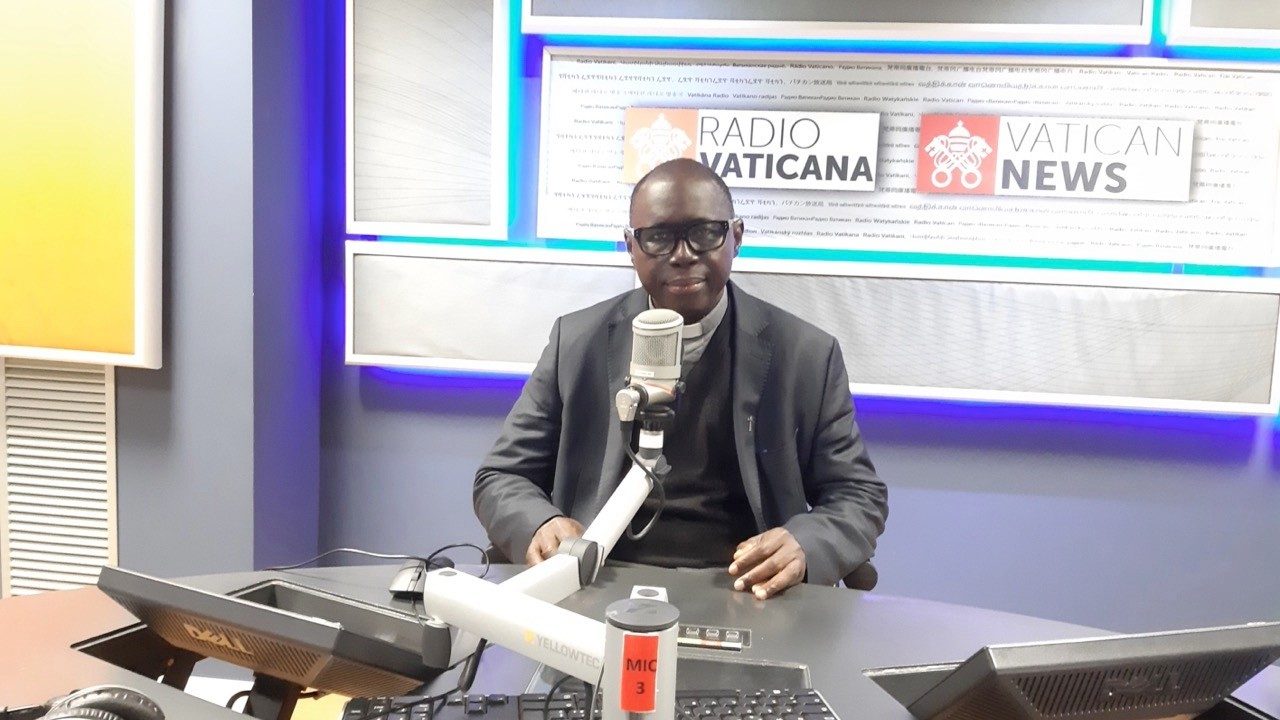 Training priests and future pastors imbued with the theology and spirituality of Pope Benedict XVI is one of the particularities of the training course of the Benedict XVI Interdiocesan Major Seminary of Kendoumayah in Guinea. In an interview granted to Vatican News during his recent visit to Rome, Father François Sylla, rector of this institution, presented this formation structure as well as its academic program.

Located in Kendoumayah, in the Archdiocese of Conakry, the Benedict XVI Major Seminary was erected in 2008, under the pontificate of the late Pope Emeritus, which is why it bears this name. For the 2022-2023 academic year, it welcomes 98 major seminarians, supervised by 9 resident trainers, plus a few non-resident professors. The institution also welcomes religious who are on their way to the priesthood.

For Father Sylla, the training program of this structure obeys the curriculum in accordance with the Ratio fundamentalis institutionis sacerdotalis. This document on the formation of future priests and pastors in the universal Church speaks of four dimensions: human, spiritual, intellectual and pastoral. “Emphasis is placed on the human dimension, because it is man molded in his culture, in a given environment, who encounters Jesus Christ and who must respond to his call.“. To this is added vocational discernment, each candidate being invited to discern his vocation “day by dayfollowing the Master, underlined the rector of the Major Seminary Benedict XVI.

Inculturation and interreligious dialogue are two other features of the academic curriculum of this interdiocesan Major Seminary, Guinea being a country with a Muslim majority. The seminarians benefit from a course in interreligious dialogue, particularly in Islamic-Christian dialogue. They are thus prepared to face the challenge of interculturality and to bear witness to Christian values ​​in the encounter with believers of other religions; to enter into dialogue and work together.for the advent of a prosperous, united and reconciled Guinea, where the Gospel takes shape in everyone», declares the Guinean priest.

Interreligious dialogue is in this context both a challenge and an opportunity, he acknowledged. In some areas such as charity, religious leaders work together for the benefit of their society. The faithful of different religions are also invited to combine their efforts to ward off the thrust of extremist currents, such as the Islamist one. In this plural context, Christians are called to bear witness to Christ and to bring his light.

Fixed at 3 years by the military junta in power, the duration of the political transition in Guinea continues to arouse lively controversy. Political actors and civil society…

Thanksgiving for the gift of vocations

For Father Sylla, in an environment where Christians represent only 15% of the population, we can say that there are enough vocations to priestly and religious life. The rector of the Benedict XVI interdiocesan major seminary in Kendoumayah remembers the time when he himself was a major seminarian: there were only about twenty of them, originally from Guinea. Currently, there are about a hundred. The Guinean priest sees in “this abundance» a blessing and a response to what their elders in the priesthood have done as pastoral and spiritual activities: «we prayed a lot for vocations» he testifies. In 1965, when the Guinean government expelled all the missionaries, there were only 9 diocesan priests left to carry the Gospel throughout the country. The laity joined in prayer “and today we give thanks for this gift of vocations“, he says.

A name, a mission and a specificity

Bearing the name of Benedict XVI is a mission that falls to this Major Seminary, said Abbé Sylla. Originally, he explains, referring to Bishop Barthélémy Adoukonou, “all CERAO – Episcopal Conferences of West Africa – had joined hands so that there would be a seminar in the sub-region where the thought of Benedict XVI should be taught, explained, witnessed and lived“. From there Ratio fundamentalis institutionis sacerdotalisthe Major Seminary of Kendoumayah “organizes seminars, sessions and symposiums on the figure, thought and scientific methodology of Pope Benedict XVI“. On the program, there is a symposium on the theme: “the spirituality of the diocesan priest according to Pope Benedict XVI“. Scheduled for this year, the congress has been postponed to next year, for lack of resources. All this contributes to manifesting the specificity that derives from the name of this training structure, concludes Father Sylla.

In Guinea, the Benedict XVI Major Seminary and its specificity – Vatican News