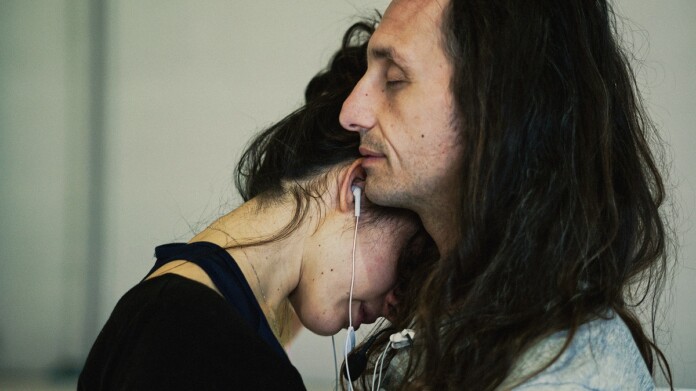 The festivals that populate the public space and cultural places of the two Lombard cities are organized in parallel: the appointments of ArtDate and RAAA, from 11 to 13 November

Only about fifty kilometers separate friends and rivals Brescia from Bergamo. A proximity, not only geographic, which will soon unite the two Lombard cities in the commitment as (double) Italian Capital of Culture 2023. And that until November 13 will offer the opportunity to move between one and the other destination to discover the Festival of Performing Arts and ArtDate. Two events that explore the expressive languages ​​of contemporaneity between art, performance and music; two festivals that ideally dialogue with each other, the first absolute novelty of Brescia’s cultural programming (the Festival of Performing Arts), the second (ArtDate) a consolidated experience in Bergamonow in its twelfth edition, in a city context that has been able to graft an effective and prolific research on contemporary art on the precious ancient heritage.

Until November 13, ArtDateevent promoted by the association The Blank, involves numerous public and private institutions of the city in the organization of exhibitions and events, which converge in a composite program of performances, conferences, talks, studio visits, extraordinary openings of historic homes and private collections, concerts, with the aim of capturing the attention of different targets. The theme of the 2022 edition is Free body, broad reflection on what it means today to have a free body, considering external events (the pandemic and social distancing, the specter of war, climate change), customs phenomena, fashions, human rights, social dynamics . We therefore speak of the political body and the body-product, the body image (between obsessions, transfigurations and discrimination) and spirituality, through the multiple readings of contemporary art. The focus of the review is the exhibition Art in Operacurated by Giacinto Di Pietrantonio and Stefano Raimondi at Palazzo della Ragione (open until January 29, 2023), which connects the work of Giulio PaoliniSalvo and Jonathan Monk.

EXHIBITIONS IN BERGAMO DURING ARTDATE

Among the proposed activities there is also Bodies in transitin the building of the former Athenaeum, a collective exhibition organized by Elisa Muscatelli; and the inauguration of the Ian Tweedy a The Drawing Hall by Grassobbio (Left Behind, edited by Elisa Carollo). Furthermore, on the afternoon of Saturday 12 November (from 3 to 7 pm), the galleries and exhibition spaces of Bergamo will open their doors with projects conceived around the theme of the festival. A free shuttle will facilitate travel from one space to another. While at the cinema the White Screen will be staged the projection of The lawvideo reading of the Italian Constitution “Recited by the animals with the voice of the master”from Flavia Mastrella. Sunday 13 will be the turn of the philosopher Felice Cimatti, animator of the conference A becoming animal for the human body (11 am). And the afternoon will be spent discovering the artist studios. The festival closes with the screening of Overtour, a documentary by Andrea Zanolipreceded by a talk with the director and choreographer Silvia Gribaudi.

THE PERFORMANCE ARTS FESTIVAL IN BRESCIA

The RAAA (English slang to express awe and wonder) Performing Arts Festival, scheduled until November 13th, is instead an unpublished three-day event conceived by Gabriele Mitelli and Fabrizio Saiu, former founders of the BAO association, who want to activate public space through performances, music and art installations. The events of the festival, in reality, take shape, as well as in symbolic places of city life and suburban districts of Brescia, also in private contexts, involving Italian and international artists, and hybridizing different creative and expressive languages. At the origin of every activity there is the desire to reduce the distance between performer and spectator, so that the performing arts become an instrument of social connection; from this point of view, experimental performative practices and site-specific research, transculturality and eco-sustainability of artistic productions are enhanced. On the calendar, the performative reading of Futurist manifesto of rurality by Leandro Pisano at the Contemporary Space, the choral action conceived by the choreographer Salvo Lombardo at the Pinacoteca Tosio Martinengo, the djset of Chorus Abstracta da Spettro, the site specific performance of Elisa D’Amico and Francesco Dalmasso at the Vulcano Studio, and many other events.

Ideas for the weekend. Art, performance and music between Bergamo and Brescia