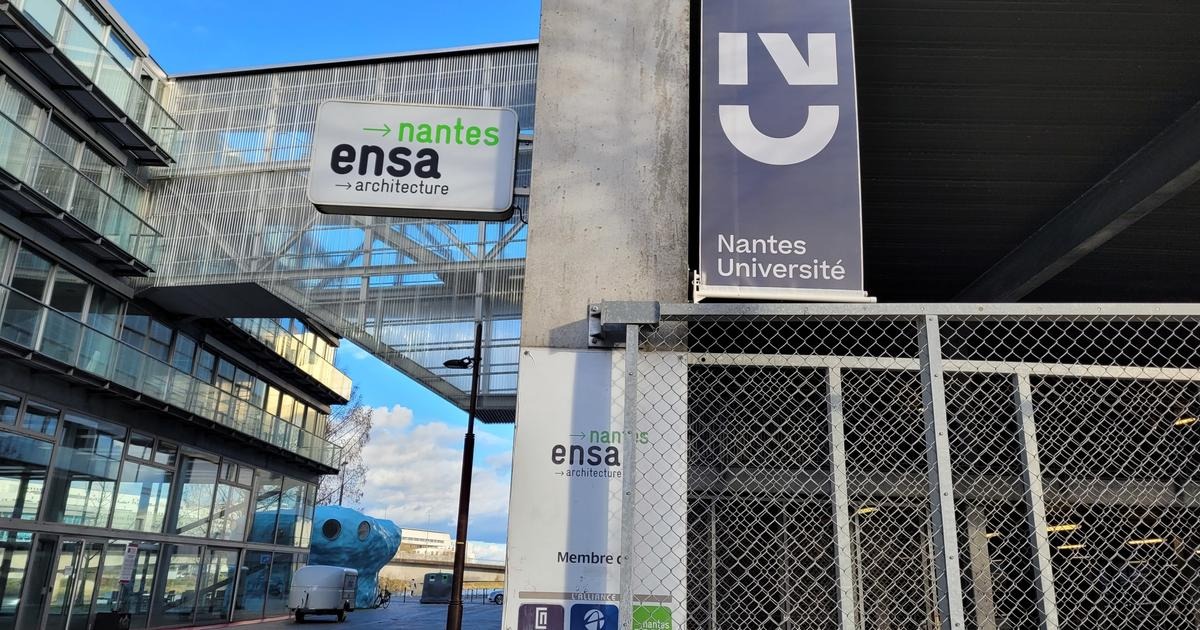 The email, sent to students and staff of the Nantes School of Architecture, says it is addressed to the “French community”. The former student, originally from Africa, had spent four years in the establishment.

“Know that dear white, after all that I have lived in your country, in your school, I declare war on you, yes I will be hostile to you“: Sunday morning, the staff and students of the National School of Architecture (Ensa) of Nantes have received a disturbing e-mail message. The latter would have been sent by a former student, originally from Africa, wishing to address the “French community“. “Yes, you are the colonizer, the persecutor. Unscrupulous people, who killed, plundered Africa“, can we still read on email consulted by Le Figaro.

A few hours later, the management of the establishment, which does not wish to speak on the subject, reacted to the recipients by ensuring that it had approached the “police and judicial authorities in order to lodge a complaint on behalf of the school“. In addition, she warned them that the police would be present Monday morning around the establishment. For their part, the police confirm that patrols were sent this morning around.

Read alsoStudent expelled from university after comments on abortion

Monday afternoon, the security device had been lifted. On the other hand, on the spot,we have to badger to get in», Recounts a student met nearby. Usually admission is free.

“He was a very calm and wise person. He must have written on a whim, while he was pissed off“says one of her friends, who finds it hard to believe. Another, who knew him a little, said to himself “surprised” of the violence of the message compared to the sympathetic character of his former friend, originally from Senegal. “It opens the debate, it makes us talkadds another student. “It’s very violent. But the racism denounced can be understood“, she continues.

SEE ALSO – “Why can’t we in Marseille ensure the safety of the population?” : the alarm of an emblematic doctor of the northern districts

In his text, the sender of the mail, who had spent four years in the school, refers to the past and to colonialism:Your country, your cities, your architectures are built with the blood of the black man. Dragged by force, to fight by your side and slain cowardly like cattle. Your ancestors and heroes are among the worst men mankind has ever known. Today you are accomplices. Your silence, your carelessness speaks volumes. Africa is suffering and you don’t care. On the contrary, you take it easy.»

Read alsoUniversity of Nantes: “Intellectual terror in higher education is a threat to democracy”

A few lines later, after mentioning these “dirty white shit“, except for a”minority to whom humanity remains“, the ex-student invokes religion. “Know that all this will be judged before Allah, the Lord of the universe. Yes you cannot believe, your people reject God and any form of spirituality because the balance sheet is heavy. And yet it is one of the countries where there is the most church, but still empty. You are cruel!!! I invite you to our mosques which, on the contrary, are overflowing. Come see on Fridays.»

Within Ensa, the CLAC, Collective in the Fight of Angry Architects, made up of “of engaged students, intersectional feminist and queerwants to raise awareness about discrimination. Following this news, the members announced on their Instagram account that they would hold a meeting on Monday evening to “relay the words and testimonies of people affected by this discrimination“.

The Association Coucou c’est Nous, for its part, has been helping exiled people since 2018, by offering them French lessons. Finally, Ensa is a partner in the “Divers(c)ités” scheme which promotes diversity. Last year, around twenty seniors were able to take part in an “equal opportunities” course immersed in the school to discover the sectors linked to creation and construction.

“I declare war on you”: a security device deployed in a school in Nantes after a threatening letter

At 30 euros a night: this is the hotel "oasis" of the Bishopric in Aguadulce
Apoyemos de corazón a la Catedratón | MiRedVista.co | Moderna revista digital.
Novels, essays, cooking… the ranking of the best
Tweet
Share
Share
Pin