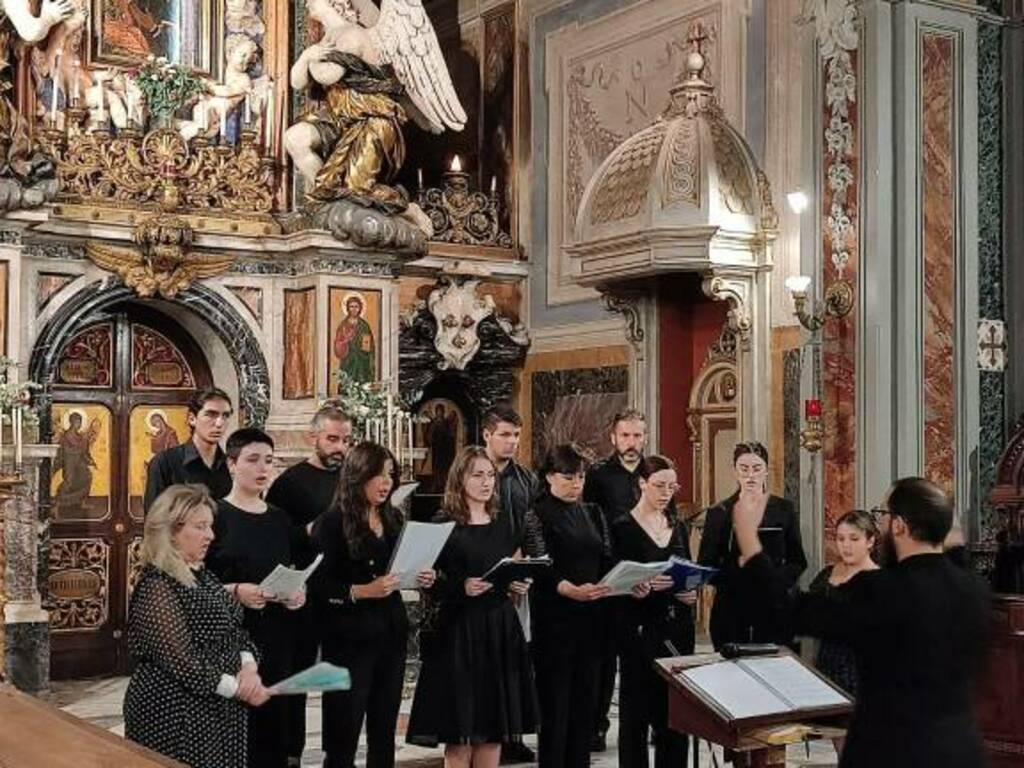 see all the photos

“An oriental gem set in the papal tiara”, as Pope Leo XIII defined the last monastery of the Greek Byzantine rite on Italian soil dependent on the Holy See, of which in 2024 the city of Grottaferrata will celebrate the millennium of the consecration. At the press conference, introduced by the Hegumen Father Francesco De Feothe Cardinal was present Marcello SemeraroPrefect of the Dicastery for the Causes of Saints and Apostolic Administrator of the Abbey of San Nilo, the archbishop Giorgio Demetrio Gallarosecretary of the Dicastery for the Oriental Churches, the vice president of the Lazio Region Daniele Leodorithe mayor of Grottaferrata Mirko Di Bernardo And Stefano Bertuzzi, Organizing Secretary of the National Committee for Celebrations. Numerous civil and military authorities present. Within the celebrations, already in the study and preparation phase, there will be at least four conferences, Byzantine melurgy concerts and readings of sacred texts aimed at rediscovering the spiritual and cultural treasure of the East in dialogue with the West.
“At the center of the initiatives there will obviously be the spiritual element – said the Hegumen, father Francesco De Feo – this Millennial is an opportunity to be lived as an event of faith and spirituality in the wake of what the Virgin Mary asked Nilus and Bartholomew in the famous crypt, that is, to found a place that would gather her children in a life of praise to the Lord . It was essential to make this moment official also to make citizens participate in such an important event “.

“The Municipality of Grottaferrata – recalled the mayor Di Bernardo – is in dialogue with the Abbey of San Nilo and the Polo Museale to define an agreement that will facilitate fruitful collaboration. Grottaferrata, a candidate for Book Capital, is recognized as the cradle of books thanks to the Abbey and its School of Restoration of Ancient Books. We therefore put ourselves at the service, hoping to obtain the necessary resources that will allow us to leave an important memory in the city, a true cultural imprint ”.

2024 will be the occasion to celebrate the consecration of a unicum, especially from a spiritual point of view, as Cardinal Marcello Semeraro recalled in his concluding speech: “There are several monasteries of Byzantine tradition all over the world, but this of Grottaferrata is the only one in full communion with the Church of Rome. For the great jubilee of 2025, the Grottaferrata Monastery will have to present itself to the whole Church in the best possible way ”.

At the end of the meeting the association There steva ‘na vote set up refreshments in the cloister of the Abbey, where a concert of Byzantine music was held followed by the choir of San Basilio

Grottaferrata, the city is preparing for the millennial of the consecration of the Abbey – Castelli Notizie