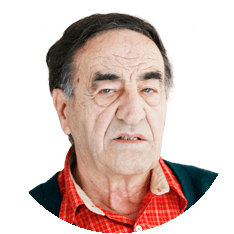 The only being that meets all the conditions to be God it is surely the universe. The God that Western religions have worshiped cannot be such, since he is a ghost and ghosts cannot exist. They cannot exist because without matter there can be nothing, not even spirit. We live in an essentially material universe. The fact that this matter has its own consciences does not make it less material, only that it enjoys capacities to be a deposit and expression of spiritual faculties. But these capacities do not make him strictly spiritual since he needs matter to be able to consign and exercise them. Matter is the essential deposit of spiritual faculties. For this reason, the true God is not in any heaven, but is from the trees that acclimatize us to the stars that illuminate and amaze us. It is the universe as a whole.

That this error has occurred and has persisted is logical, because material beings have spiritual manifestations, but it is undeniable that this spirituality sprouts and is experienced through our matter. Christianly it could be said that it is our soul. When this matter disappears, spirituality, beyond all commemoration, is also absent. If the universe lacked matter there would be no possibility for spirituality. What is less reasonable is that this misunderstanding has lasted so long, since the human being is the most lucid being in the universe. This lucidity makes it unheard of that none of the many wise men have seen something so simple and elemental. Possibly it is due to the fact that from the beginning it was obvious that matter and spirituality were not only different entities, but that they were opposites. Due to the seriousness of the error, it results from a decisive scope that has substantially spoiled knowledge and human behavior.

It is unheard of that man, who since his birth has been searching for God, has not found him and a layman like the undersigned has had to come to warn us that the being we are looking for since we lived on earth is not in heaven or in no hidden place, but that it is right here and that feeling it is not only possible but inevitable. Honestly, I believe that the great mistake made by humanity has been to consider from the beginning that God had to be someone so extraordinary that it was inconceivable to be able to accept that he was not only within our reach, but that, for circumstantial reasons, our senses could not avoid perceive it. It’s like these riddles that make you rack your brains to find the solution and when we find it we see that what made it difficult for us to find it was the extreme evidence of him.

Now, knowing that we know God as we know the neighbor with whom we greet each morning, we should think about how we fit this new vision into our minds and our lives in order to better digest such a fundamental concept for our conscience and behavior. In any case, the first thing we must do is try to assume that the phantom God that had been instilled in us since ancient times was an invention without any basis, and that the real one can only be the universe, where all that exists is located. This should be relatively easy for many to assume, because their behavior already shows that they understand it that way. Of all of them, the first are the ecologists, even if they do not verbalize it; those who are further away should make an effort to see it because it is the only way to save the planet.

god is the universe