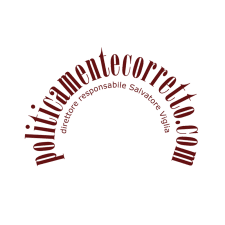 From Friday 25 November 2022 to Tuesday 28 February 2023, in the Roman-Catholic Episcopal Palace of Oradea (Romania), the exhibition “Glass Prayers – Crystal Fantasies”

“Glass prayers – Crystal fantasies”, in Romania the meeting of the arts of Luigi Ballarin and Mauro Neri to tell about unprecedented bridges between cultures and faiths

The subject of the appointment, fruit of the artistic partnership of two friends and artists, are the 41 canvases by Luigi Ballarin and the 15 legendary stories by Mauro Neri, which alternate to accompany two cultures and even two faiths in seeking each other, to get closer, to meet

From Friday 25 November 2022 to Tuesday 28 February 2023in the Roman Catholic Bishop’s Palace of Oradea (Romania), the exhibition “Glass Prayers – Crystal Fantasies – When the legends of the Val dei Mocheni (Trentino) met the imagination and faith of the people of Transylvania“. Object of the appointment, fruit of the artistic partnership of two friends and artists, are the 41 paintings by Luigi Ballarin and the 15 legendary stories by Mauro blacks, which alternate to accompany two cultures and even two faiths to seek each other out, to approach each other, to meet.

TALES AND CANVASES – It is the Catholic Klòmeri (peddlers of the Valle dei Mocheni, in Trentino) who travel long distances in winter carrying huge panniers full of their goods on their backs, leaving as a gift and in exchange a plate for dinner and a bed to rest the incredible stories born in their land in the heart of the Alps. Similarly, in Transylvania the old farmers, also rich in stories born of the hard life of work, entertained friends big and small by telling the most sparkling and curious Romanian legends in the evening. And it is precisely the friendship between a Klòmero and a self-taught peasant painter that ignites the spark of Faith.

At that point the friendship between Trentino and Transylvania becomes fraternal complicity, so much so that the old Romanian farmer reveals his “secret” to the street vendor, his “activity” hidden from the eyes of most. On the gray and cold days of winter, in the warmth of a small room at the back of the house, the old Romanian man paints dozens and dozens of icons on glass as a pledge of faith, as if they were prayers that immortalize the devotion of humble people. They are squares with almost childish lines, but extremely rich in feeling. They are fragile and transparent icons because they are painted on glass, just like the faith of the simple is fragile and luminous.

THE WORKS ON SHOW – “Glass prayers – Crystal fantasies” tells all this and does it with the words of Mauro Neri which give substance to about fifteen stories in which Trentino legends alternate with the ancient stories of Romania, underlining their diversity but also their unexpected coincidences. On a parallel journey, Luigi Ballarin he embroiders his paintings giving faces, shapes and colors to the stories of humble, simple and devoted people. Because recognizing yourself in the other, seeing in the eyes of the person in front of you your same thoughts, your same emotions, your identical dreams means realizing that friendship that becomes brotherhood, which cancels diversity and makes us all feel like children of the same Earth . The originality of Ballarin’s paintings lies in the more than twenty icons that constitute a true treasure of colors and spirituality filtered by Ballarin’s very particular sensitivity which culminates in the icon “Last Supper” painted on glass.

THE GUESTS OF THE VERNISSAGE – Professor Aurel Chiriac, former director of the Oradea Museum, and the project leader Maurizio Passerotti, former Honorary Consul General of Romania for Trentino Alto Adige, will be present during the vernissage. His Excellency Most Reverend Ladislaus Böcskei, Roman-Catholic Bishop of Oradea, and His Excellency Most Reverend Virgil Bercea, Greek-Catholic Bishop of Oradea will take the floor. The exhibition will remain open until 28 February 2023. In Trento, however, it will arrive in the autumn of 2023.

Among the sponsors and patrons who have made the initiative possible are Cassa Centrale Banca – Credito Cooperativo Italiano, the Italian Association of Classical Culture-Delegation of Trentino Alto Adige/Sűdtirol, the Honorary Consulate of Italy in Arad, the Italian Association in Bihor, the Țării Crișurilor Museum of Oradea, the Municipality of Trento and Pro Cultura Trento. They also contributed and supported the exhibition in Romania Constructorul Salard, Ro & Co International, D & C Oradea, Hanul cu Noroc.

THE ARTISTIC ASSOCIATION – It is not the first time that the canvases and colors of Luigi Ballarin intersect with the words and imagination of Mauro Neri. Friends for many years, in 2019-2020 the two – the first from Venice, the second from Trentino – created an exhibition accompanied by a story that literally went around Europe: “Anselmo and Meral – From Lake Garda to the Black Sea following ancient stories“, after the exhibitions in Trento and Cavallino Treporti, he entered the dark tunnel of Covid, however illuminating it with a video that in October 2020 he shot for the Italian Cultural Institutes Abroad in Amman in Jordan, Istanbul in Turkey, of Bucharest in Romania, of Rabat in Morocco, of Kiev in the Ukraine, of Abu Dhabi in the United Arab Emirates and of Tunis.

THE BOOKLOGUES – The experience of the encounter between such distant cultures – the western one of Lake Garda with its legends and that of the Eastern Gate of Istanbul, the City of the Two Seas has given rise to a happy and original experience of a “book of /catalogo d’arte” with the series “I Libraloghi”, directed by Silvia Vernaccini.

LUIGI BALLARIN – There is love and courage in the art of Luigi Ballarin, a curious and versatile Venetian painter, passionate about life and its contradictions, who has reached artistic maturity with exhibitions ranging from Asia to Europe and the United States. Islam and the Middle East are the common thread of much of his art. Because Ballarin doesn’t immerse himself in politics and ideology, but seeks harmony, which he finds in the spirituality and prayer of the masses. It is through his free interpretation that the idea of ​​the Orient takes shape, elegant and graceful.

BLACK MAURO is a writer and journalist from Trento. He has dedicated a large part of his literary production to the world of childhood and adolescence, writing up to now more than two hundred and sixty books, including many of fairy tales, short stories and novels. He has also written song lyrics, plays, historical and didactic essays and poems and has supervised the creation of television, video and documentary broadcasts. It recently went to press The thousand and one legends of Trentinoa work of research and rewriting of the heritage of tales of its popular region unique in Europe.

“Glass prayers – Crystal fantasies”, the meeting of the arts of Luigi Ballarin and Mauro Neri in Romania to tell about unprecedented bridges between cultures and faiths – politicamentecorretto.com