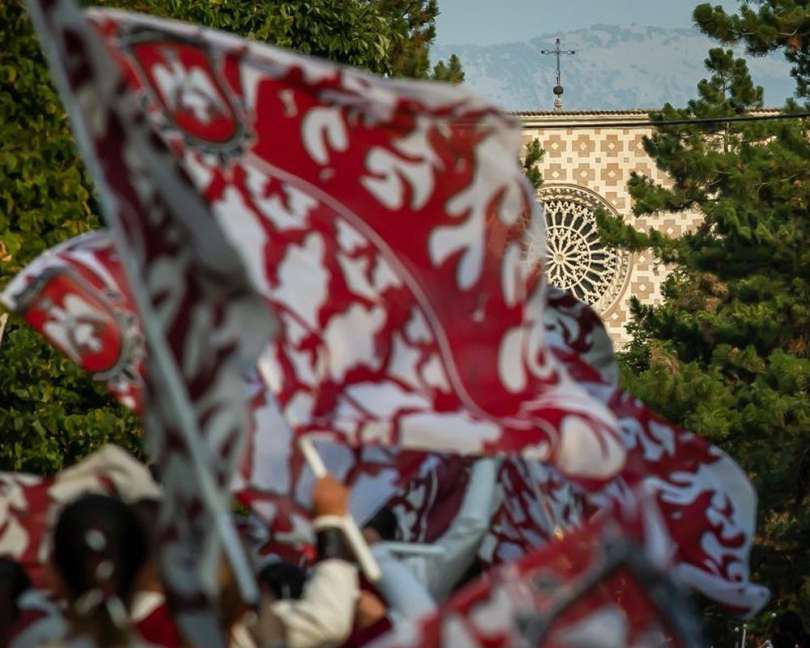 We are now at the end of the summer vacation period and many Italians are returning to their usual homes in these hours to resume work. And also in the dioceses the planning of the next pastoral year is starting.

In two dioceses – L’Aquila And Matera-Irsina – intense preparation for the visit of Pope francesco. On 28 August the Pontiff will be in the Abruzzo capital for the feast of forgiveness. “O God, look and support our Pope Francis. You who have chosen him as shepherd of the whole flock, accompany him with your love. Arrange for him to confirm the brothers and for the whole Church to be in communion with him, in the bond of unity and peace. We ask that his visit to our land in L’Aquila help us to be authentic disciples of the Gospel; generous witnesses of forgiveness, received and given; builders of a fraternal and supportive society “, is the text of the prayer prepared for the occasion while in these days a series of subsidies have been delivered to the parishes in preparation for this important event it represents – wrote the archbishop of the city, the card. Giuseppe Petrocchi“A gesture of predilection for our Church and our City, even more precious if we take into account your pressing pastoral commitments and some painful health problems”.

After the Institution of Forgiveness, decreed by Celestino V, Pope Francis is the first Pontiff who, after 728 years, opens the Holy Door: “the faithful and tenacious wait of the Aquilans, which has been prolonged over the centuries, happily reaches its fulfillment . The presence of the Successor of Peter will give this event a planetary significance: the Holy Door of Forgiveness will be opened not only to pilgrims who will flock to it, but it will be wide open to the whole world. We hope that all peoples, especially those torn by conflicts and internal divisions, can cross it, ideally, and rediscover the paths of solidarity and peace ”, wrote card. Petrocchi highlighting that “the spirituality and culture of Forgiveness fully meet the values ​​of Mercy intensely promoted by Pope Francis in his universal ministry: his theological thought as well as his sensitivity, priestly and human, are centered on the love of the Father which, in Christ crucified and risen, goes to meet sinners and welcomes those who suffer, to redeem them and offer a new life, which truly makes them children of God and brothers among themselves ”.

And then a Matera-Irsina the visit of Pope Francis, in a month, on 25 September, at the conclusion of the National Eucharistic Congress. In many dioceses there are also many assembly moments in view of the resumption of the pastoral year.

In the diocese of Campobasso-Bojano today the conclusion of the diocesan spiritual exercises in daily life led by the archbishop GianCarlo Bregantini on the theme “Our shepherd guides us to the sources of the waters of life”. “Synodality and mission: relaunching evangelization”, the theme chosen by the diocese of Cassano allo Ionio led by the vice president of the CEI, the bishop Francesco Savino. The assembly is scheduled for next 9 September at the “San Girolamo” parish of Castrovillari and will continue on 10 and 17 of the same month. Among the interventions foreseen, that of card. Mario Grechgeneral secretary for the Synod of Bishops, of the biblical scholar Silvia Zanconato and of the theologian don Massimo Naro. “We live in a complex and dark time”, wrote Savino, underlining that “Covid-19 has not yet been eradicated, the war in Ukraine is becoming more and more violent, the economic crisis grips us, politics with its last representation on the 14th July, which sent Draghi’s national unity government into crisis, revealed all its weaknesses, the impoverished are increasing dramatically, inequalities are now unbearable, social unease is under everyone’s eyes: we are called to a leap of conscience and a burst of collective responsibility, generating hope ”. Hence the urgency of a “cultural revolution that sees us Christians with the Gospel in our hands, the Eucharist in our body and the charity of Christ who embraces, through our witness, every man and woman we meet on the most or less interrupted than our existence “.

On the synodal theme also the conference in the diocese of Acerra: “60 years after the Council. For a synodal Church ”. The vice president of the CEI, the archbishop of Modena-Nonantola, Erio Castellucci. From 16 to 28 August diocesan conference a Livorno together with the bishop Simone Giusti on the theme “Listening to the Spirit who speaks to his Church”. “Baptism – writes the prelate – gives us faith and calls us to the Christian life. Christian life is always combined with a vocation to a specific state of life or to a service in the Church, for the world. The Holy Father exhorts the Local Churches to give an ever more ministerial face to the Communities by welcoming the gifts and vocations that the spirit arouses. It has established the ministry of the Catechist and made the ministry of the Lectorate and of the Acolyte accessible to all: who can be worthy of receiving these ministries “Those who, called by the Spirit, answer in the affirmative. We need that discernment which is only achieved in a climate of prayer”.

From the dioceses, Pope Francis’ visits to L’Aquila and Matera are being prepared