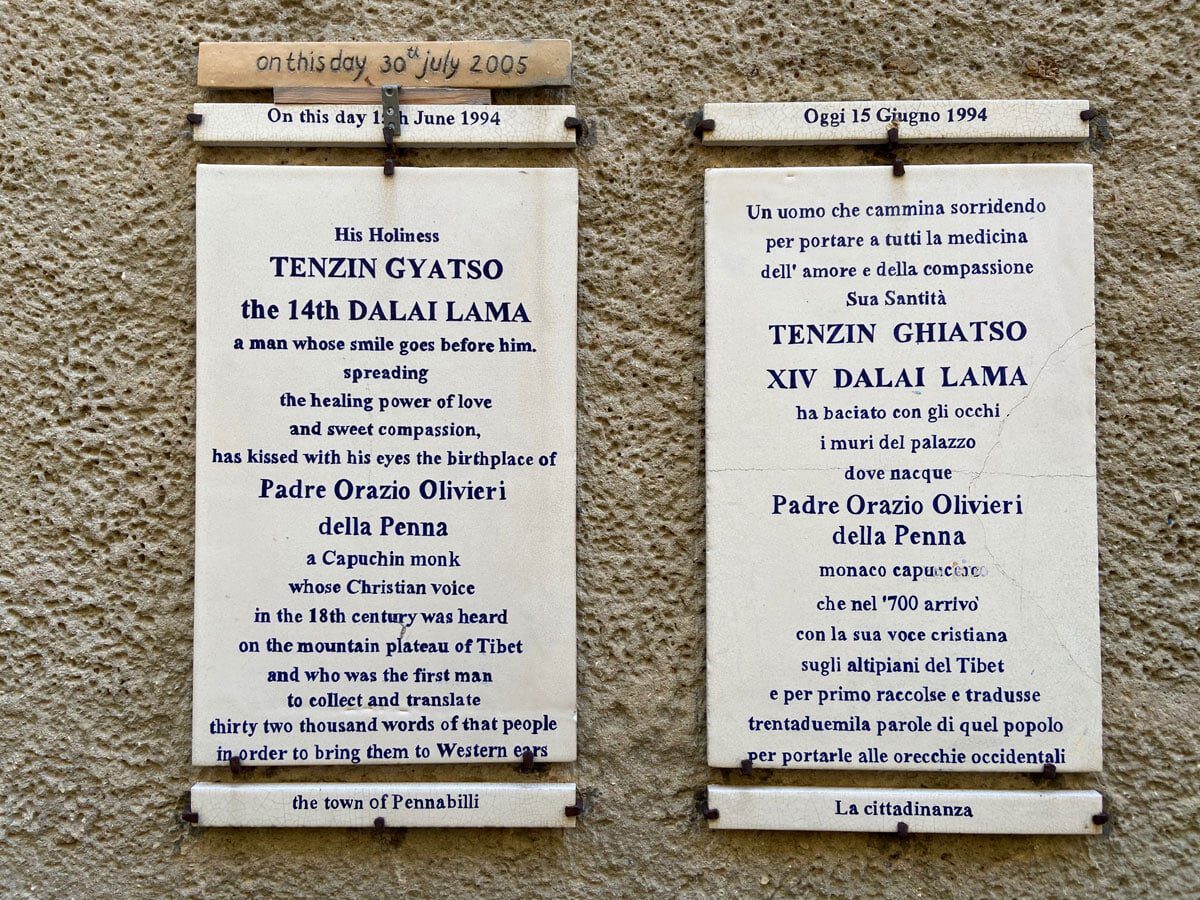 
Even today, in the 21st century, when every location is within reach of Google Maps, the word “Tibet” very often brings to mind inaccessible mountains, temples full of spirituality, distant and exotic landscapes. Imagine at the turn of the seventeenth and eighteenth centuries, the period in which Luzio Olivieri lived, better known as Friar Orazio della Penna. Born to a noble family in 1680 in the village of Pennabilli, he took vows at a young age, without in the least imagining how much his vocation would lead him away from everything he knew, to the discovery of the unknown. In 1712, in fact, he was chosen to participate in the expedition wanted by the Congregation of Propaganda Fide in Tibet.

The adventure began in 1712 from Brittany, a fascinating land rich in traditions: Horace in fact embarked in Lorient on the day of August 15th of the same 1712 and arrived on Asian soil over a year later, on the first of September 1713. He was in that moment, in the east of today’s India, another country with unimaginable cultural facets, since he had arrived in Chadernagore. Transiting through the Indian state of Patna, he made his way to Kathmandu, which is now the capital of Nepal. Ultimately, he arrived at his destination (Lhasa, Tibet) over four years after leaving Europe in October 1716.

From that moment, Friar Orazio totally immersed himself in his new reality: living in close contact with the Buddhist monks of Se-ra (the monastery where he stayed), he was able to get to know the customs, traditions, rites and daily life of the latter in depth. . Not only that: it was Horace himself who wished to deepen his knowledge of that culture so different from his own, studying firsthand both the Tibetan language and local history and geography. The result of his tireless work were some translations (for example literary works such as “The three great ways that lead to perfection”, “The life of Buddha” and “The Tibetan book of the dead”) and the first dictionary of Tibetan-Italian, concluded in 1732, which counted as many as 35,000 entries!

Tirelessly, in 1732 he returned to Rome (making a journey of only another … 4 years!) To find new resources useful for the continuation of the mission, and then returned to Tibet after another 5 years, in 1741. However, that same dialogue mission intercultural for which Horace had worked hard, he had to succumb only a few years later, in 1745, following clashes with the Tibetan political and civil power. The last missionaries left the convent and Tibet on April 20, 1745; on July 20 of the same year, after taking refuge in Nepal, Horace left this world due to a collapse, as if his strength had run out after knowing that his life’s work had vanished into thin air.

However, some testimonies of this adventure remain today in the hometown of the friar. In fact, anyone wishing to ‘climb’ the steep streets of the delightful Pennabilli would find there a Tibetan bell, inaugurated in the summer of 2005 by the XIV Dalai Lama of Tibet and Nobel Peace Prize winner, Tenzing Gyatso. It is thanks to Friar Orazio della Penna, the man who brought a bit of Romagna to Tibet, that a corner of Tibet is still found today in the heart of Romagna.


Friar Orazio della Penna, the man who brought a little bit of Romagna to Tibet