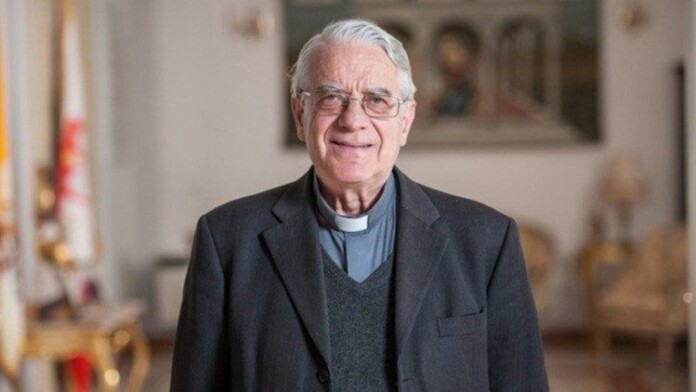 Talk with Father Federico Lombardi, the Jesuit at the service of three Popes – John Paul II, Benedict XVI and Francis – is an experience that enlightens the heart and the mind. The man of “Vatican communication”, today president of the Joseph Ratzinger-Benedict XVI Vatican Foundation, outlines the figure of Pope Ratzingerwho in all his spirituality and concreteness had prepared his encounter with God throughout his life.

Pope Ratzinger has shown us that faith is a process, a journey. His was an intelligent faith. “Not to act according to reason is contrary to the nature of God”. Are faith and reason therefore the leitmotif of his thought?

This is the concept of a man who was above all a great believer, with a faith accompanied by thought, meditation and reason. From a young age he loved to articulate the faith, also interweaving it with the culture of our time. The experience of the Second Vatican Council was fundamental in his formation as a young ecclesiastic. When Pope Wojtyla designated him custodian of the doctrine of the faith, he said: “I knew that if I had one strength, it was to present the Christian faith in a positive way, which had to be in constant dialogue with our times”. This was his peculiar gift. Reason was the way to enter into dialogue with the men and women of our time. Ratzinger lived with concern the decline of the figure of God on the horizon of European society, he perceived it as a danger. His goal was to give a positive representation of faith to the world. He had a realistic and beautiful view of life and never despair. God doesn’t need to be saved by us, but we must do what we can for the salvation of mankind.

He firmly defended the principles of life by calling it “not manipulable”. He spoke of “easy piety”, in the name of which this life is undermined by “disguising it with dignity”. How to face physical and moral fears, remaining firm in the faith?

A theme that he felt a lot was that of infinitely multiplied rights, which self-destructed each other and which could enter into contradiction. He spoke about the search for consensus of common values ​​in this modern society in the Berlin Parliament. The vision of the human person, the being created by God, gives consistency to his dignity. Faith must help reason to recognize its own limitations and to overcome impasses that cannot be overcome in any other way. Protecting human life too much risks affecting it in another way, damaging its sacredness. Over-protecting does not mean wanting to avoid physical suffering at all costs, which is part of our human nature, therefore also “necessary” for awareness of our nature.

He was very aware of the new complex situations that society presented, in which reason had to be exercised, but drawing from the transcendence of Christian values. The last Popes have given us an example of sickness and suffering. Pope Wojtyla with illness and Pope Benedict have shown us how to age, with frailty and physical decay, but with supreme dignity. He was a “great old man”, an example and inspiration for many sick and frail elderly people.

A Pope who worked in the Church and for the Church and in his retreat in the monastery continued to carry the cross. Did his apparent silence actually support and guide the “flock”?

Just the affection and the wave of affectionate participation that have wanted to honor him in these hours are the demonstration of appreciation for him and the value of his spiritual presence, in a discreet and withdrawn way. Ten years have passed since his resignation and his presence has never been in conflict with that of Pope Francis. Before Francis’ election to the cardinals he had already said that he “gave obedience and support to his successor”. This coexistence was a beautiful time. A spiritual and granite presence that prayed for Francis, because he knew what his successor was going through.

A mild and seemingly delicate look. What kind of man was Pope Ratzinger in his daily life, remaining in “Peter’s enclosure”?

He was a very regular, disciplined man and that helped him. He experienced the decline of physical strength, but with total lucidity and fullness of mental faculties, maintaining relationships with the closest and dearest people, he kept correspondence and granted private meetings and audiences. He met the intellectuals of the Ratzinger prize. On 1 December, two scholars were awarded. The interview with him lasted half an hour, sometimes even an hour. His gaze was decidedly characteristic, imbued with intelligence and curiosity that enlivened those around him. A very relaxed, serene face, he welcomed you with a look that “went beyond”, out of dimension. His presence was very pleasant, filled with deep emotion and serenity. You met a man who was not troubled or anguished, despite the fragility he had to carry, his earthly cross, but he prepared himself with prayer, meditation, in deep interior recollection, for the encounter with the Lord. The human touched the Divine.

A long life, a very rich human and intellectual journey. How much serenity was there in this man of God and what will those who knew him not forget?

Those who knew him have beautiful memories, very different from the idea of ​​the rigid intellectual above the crowd. He was a man of deep sensitivity and attention and I was perfectly at ease with him. Although he was on a higher intellectual level, he made anyone feel welcomed with great sweetness and meekness. He knew how to establish relationships by adorning them with exquisite hospitality and presence of mind. He was very curious, with various interests, perpetually in him the desire for the beautiful, the good and the profound. Here he glimpsed human complexity, drawn by the hand of God.

A church which, through this “enormous upheaval”, will find itself and be reborn “simplified and more spiritual”. It was her prophecy about the Christianity of the future. Will Ratzinger accompany us for the next few years and about whom we still have to read a lot?

He wrote a lot and leaves us a great legacy. The volumes of the Opera Omnia speak of a modern topicality: being profound and capturing the reality below the surface, they remain texts to be continually reinterpreted. Ratzinger will continue to be an inspiration to the Church for the future. He has given and will continue to make a substantial contribution to the Church. We must not stop at the exegesis of his texts, but he asked us to follow the lines and guidelines and intellectual and spiritual attitudes to go forward and look beyond. He must be read carefully: one will be able to grasp the limpidity and clarity of his powerful thought of him. He teaches us how to go deep into human nature, the most beautiful and complex matter.

Father Lombardi: “Ratzinger will inspire the Church of the future” | CultureIdentity