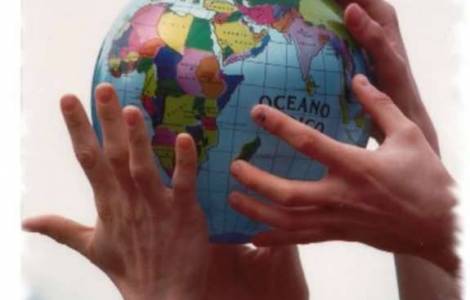 EUROPE/ITALY: Sister Luigina Coccia: “The mission for us is everywhere, it is the world”

Vatican City (Agenzia Fides) – “Referring to the contexts of the mission, Pope Francis introduced the complexity of the relationship between the local and the global: the Church today is asked to keep her feet firmly rooted in her own local reality, but with a mind and heart open to the global”, said Sister Luigina Coccia, Superior General of the Comboni Missionaries, speaking last week on the occasion of the National Days of Formation and Missionary Spirituality organized by the Office National Missionary Cooperation between the Churches of the Italian Episcopal Conference and the Missio Foundation, which is in its 20th edition (see Fides 22/7/2022).
“A world in great change and on the move makes the Church of our time live the mission with and of the Gentiles; it is a universal mission which the Church faces today, whatever the corner of the earth. The Christian of today is a missionary ad gentes everywhere, he is an envoy for the universal mission of the Church, because today’s world has increasingly multicultural and universal” underlines the Superior General of the Comboni Sisters, a Congregation which this year celebrates the 150th anniversary of its foundation (See Fides 20/4/2002). The existential and not just geographical peripheries, the way of inhabiting them, with a style of closeness, and knowing how to recognize those excluded from the path, the poor: these are the three “tracks” of reflection proposed by the nun in her report offered during the the second of these study days which focused on mission as cooperation and exchange between the Churches.
“We must take up the challenge of knowing how to move from the local to the global in a new way. Recognize and listen to the near and distant existential peripheries, without following exclusivism. The Mission for us is everywhere, it is the world – continues Sister Coccia – The distant lands, the peoples excluded from the network of global reality continue to be a call for us, the Church asks us to come closer to them We are thinking of the Amazon, of the indigenous peoples of Africa or the Americas, but at the same time we are asked to keep our eyes open to the world, because everywhere is a mission for us, precisely because of this universality that characterizes the world today”.
Listening, dialogue and sharing are some of the words chosen by the participants to describe the seated days that have come to an end in view of the second edition of the Festival della Missione scheduled in Milan from September 29 to October 2.
(EG) (Agenzia Fides 2/2/2022)

EUROPE/ITALY: Sister Luigina Coccia: “The mission for us is everywhere, it is the world”