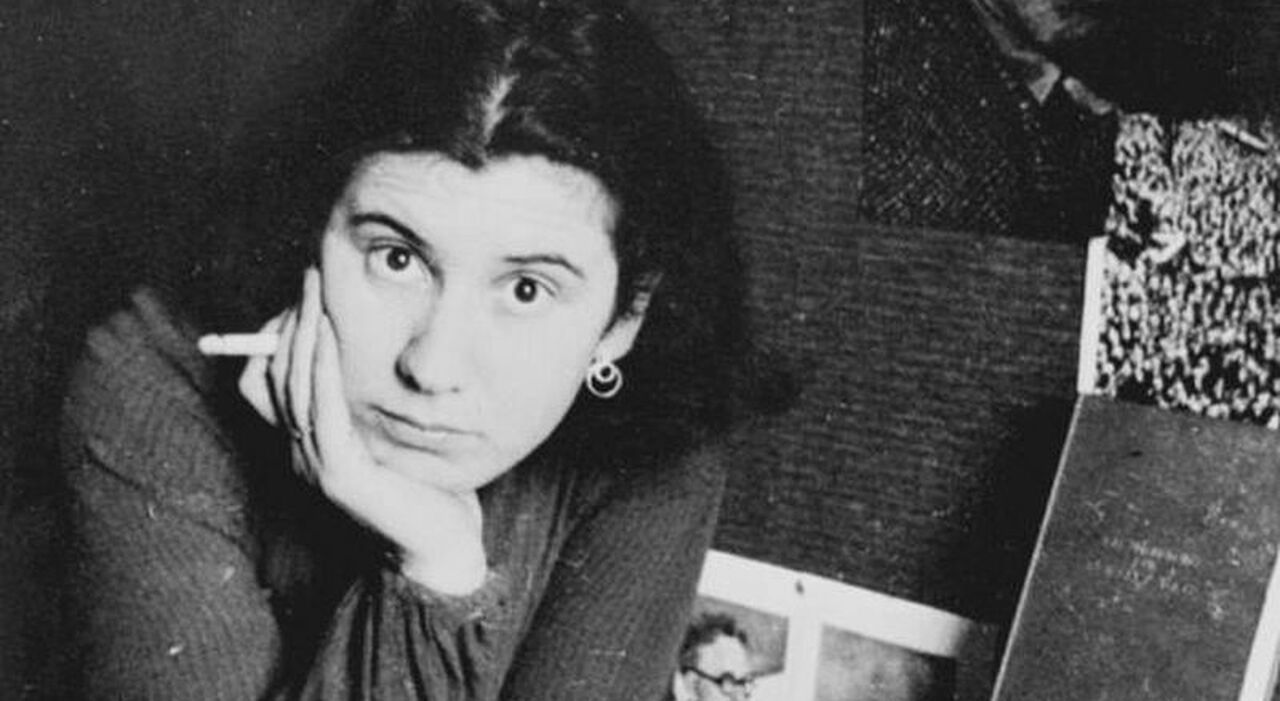 We all happen to look at the photos of those who are no longer there, of those who met an early and violent end, questioning their faces. It’s as if we were looking for a clue, wondering if ever behind a smile or a confident gaze pointed at the lens, the shadow of a premonition of what is to come can be hidden. It is with a similar attitude that Elizabeth Rasy seems to scrutinize the images of Etty Hillesum, the young Jew interned in the Dutch transit camp of Westerbork and died in Auschwitz at the age of 29 having chosen to share the fate of her people, the unaware author of a cornerstone of 20th century world literature, the monumental Diary in 797 pages. But then, gradually, God wants us to be happy – Etty Hillesum or of youth, assuming Hillesum as the “perfect teacher of youth”, Rasy carries out a singular process of literary mimesis which leads her to project the life of the young Dutch Jewess onto her own and to mirror herself in her.

Of Etty, Elisabetta tells of her early youth, the restlessness reflected in a perpetual turmoil of mind and body, the decision to move away from the parental home and work as a «student governess» at Pa Han’s house, the relationship with Klaas Smelik, the meeting with the pupil of Jung and psychochirologist Julius Spier, the love passion for him. «I’m sure that in our twenties we would have been friends, we have too many things in common, friends at the university in the evenings of chat on the great topics of the world and on the very big topics of incomprehensible intimacy, or when she is staying on the Gabriel Met-sustraat: I would have strongly advised her to break up with Pa Han, to get back together with Klaas, a really charming guy, a bit progressive and a bit overbearing. As for Spier, no, I wouldn’t have known what to tell you, of the passions one can say, there is no right or wrong…».

Mirroring himself in the life of that “girl with tousled hair and soul”, Rasy crosses his own private memories and together the memories of readings and meetings, real or only literary, with great literary figures, such as Virginia Woolf, such as the Micòl Finzi Contini of Bassani’s novel, such as Edith Stein and Simone Weil, other Jewish girls who they won’t have time to get old. And along the same narrative path she introduces us to lesser-known characters such as Charlotte Salomon, a very talented Berlin Jew who, like the imaginary Micòl, was refused academic recognition for her origin.

Against the background of a narrative suspended between the essay and the novelthe story of the persecution flows, with the atrocious prohibitions that induce many suicides and also the paradoxical ones: «No bicycles, no fruit and vegetables, no parks and woods, even trams are prohibited… yet in the pages of Etty the life it is and continues to be to the end great and good and attractive and eternal.
With a fascinating, unusual narrative trick, the existence and profound spirituality of one of the most mysterious creatures in the literature of the last century are thus brought closer to us, to the point of allowing us to penetrate into the reasons for his extraordinary decision to accept the fate of the Jews and the designs of God. Rasy does it without transforming “this passionate and turbulent twenty-nine year old into a devotional little image” but making us, if not familiar, closer to an idea of ​​a luminous life that was able to ban hatred in all its forms, even in the atrocious ones that the pressing Nazi persecution brought about, and of which Etty herself paid the price without actually being a victim. Because “hate wounds the soul”, and on the rejection of her hatred she models all of herself and the defense of her youth.

“Even if only one decent German remained, this one German would deserve to be defended against that band of barbarians, and thanks to him one would not have the right to pour one’s hatred on an entire people,” he noted in his diary.

Her refusal of hatred is the other side of the love for the Jewish people which led her to refuse the possibility of saving herself, even though she had had the possibility several times. Once her ex-lover Klaas Smelik tried to save her, taking her away from the camp where Etty worked as a social worker and even trying to kidnap her. But Etty escapes with all her energy and goes to meet her fate. The reason for this is in the letters and in the last part of the Diary where, as Rasy notes, «one listens to a heart, to a thinking heart like Etty wanted to be but above all to a heart with its running, in which the words are beats”. And it is this that holds the double fulcrum of her mystery and of the strength with which her diary still speaks to us.

Etty, a Jewish girl who didn’t know how to hate