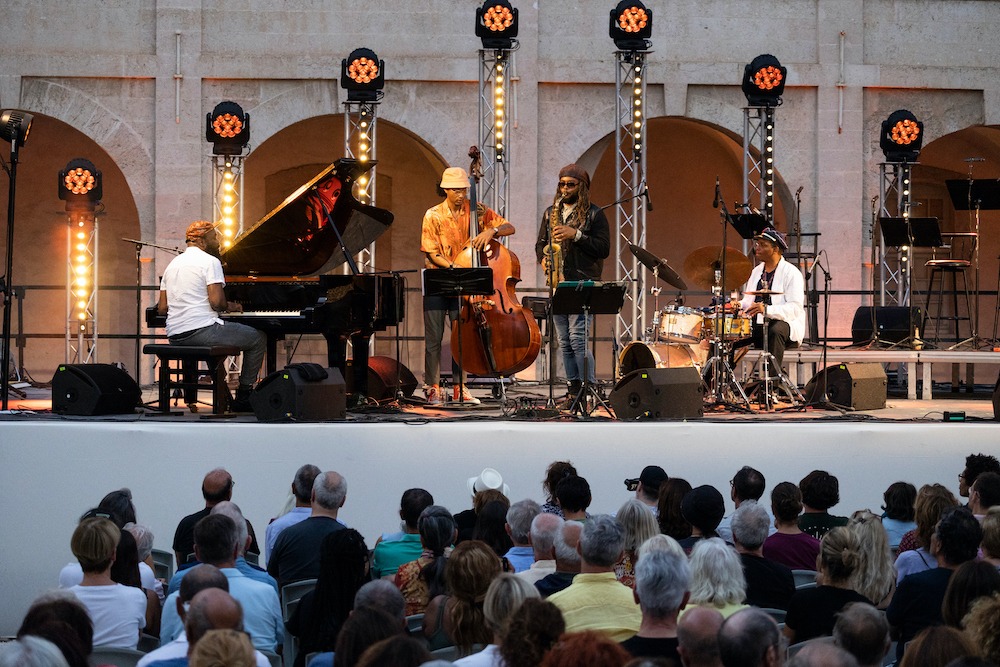 If the Marseille Jazz Festival of the Five Continents lasts 13 days in the heart of summer, it is over a season of three months that the team led by its director Hugues Kieffer deploys a diversified program, dotted with surprises in unaccustomed places. to vibrate to the sound of blue notes or in exceptional sites in the city center (Courtyard of the Vieille-Charité in the Panier district, roof terrace of the Fort Saint-Jean at the MUCEM, gardens of the Palais Longchamp), not to mention incursions into the distant outskirts of the department.

The performance of the singer’s quintet Cecil L. Recchia was held in Plan-de-Cuques, a suburban dormitory village, located between outlying districts and Provençal hills with a “pagnolesque” air – where the majority of the electorate is unfortunately infected by the brown plague. The group tours with the repertoire of the excellent album “Play Blue”. We appreciate the poetic relevance of the drummer David Grebil, go-between and founder of grooves that interfere in bodies and minds. The singer wrote finely chiseled texts on originally instrumental titles. Her vocal art is fully orchestral on “Portrait of a Woman”, a duet with the fabulous pianist Noah Huchard : this adaptation of a ballad in three beats composed by Wayne Shorter for Art Blakey’s Jazz Messengers in 1962, is beautiful enough to cry, by the grace of its austerity and the sensation that the duo gives of being overwhelmed by the music he creates.
The overall tone is cheerfully iconoclastic: Cesar Poirier speaks on the clarinet on a theme written by Kenny Dorham and the singer vocalizes the trumpet parts in the absence of the titular. Special mention to the bassist Luca Fattoriniwhose silky and woody sound gives an extra natural soul to the tracks.

We salute the relevance of a program that knows how to mix the popular and the demanding. Even the exceptional, such as the arrival of the South African pianist Nduduzo Makhathini in the courtyard of the Vieille Charité, in the heart of the Panier district. This descendant of a line of Zulu shamans puts in his jazz a spirituality such that one can be reassured as to the succession of the venerable Abdullah Ibrahim. The man has letters: musicologist associated with the University of Capetown, he is also artistic director of the Blue Note Africa label. He will explain to the public the philosophy of “Ntu”, which gives its title to his latest album: a global conception of time and space connected to all living beings which are the basis of his musical gesture. On the piano, he is a virtuoso who juggles happily between “chopinesque” inclinations in the introduction of a poignant ballad and an appetite for the harmonies from the South African “gospel” which his illustrious predecessor made his honey, without disdaining a few bop incursions.
He hired for this tour the Cuban drummer Francisco Melaformidable purveyor of rhythmic impulses, the South African double bass player Zwelakhe Duma Bell The Fatherwith a hushed and captivating sound and has joined the services of the fabulous American alto sax Logan Richardsonoriginally from Kansas City, whose Afro-futurist quest could only echo the research of the leader. 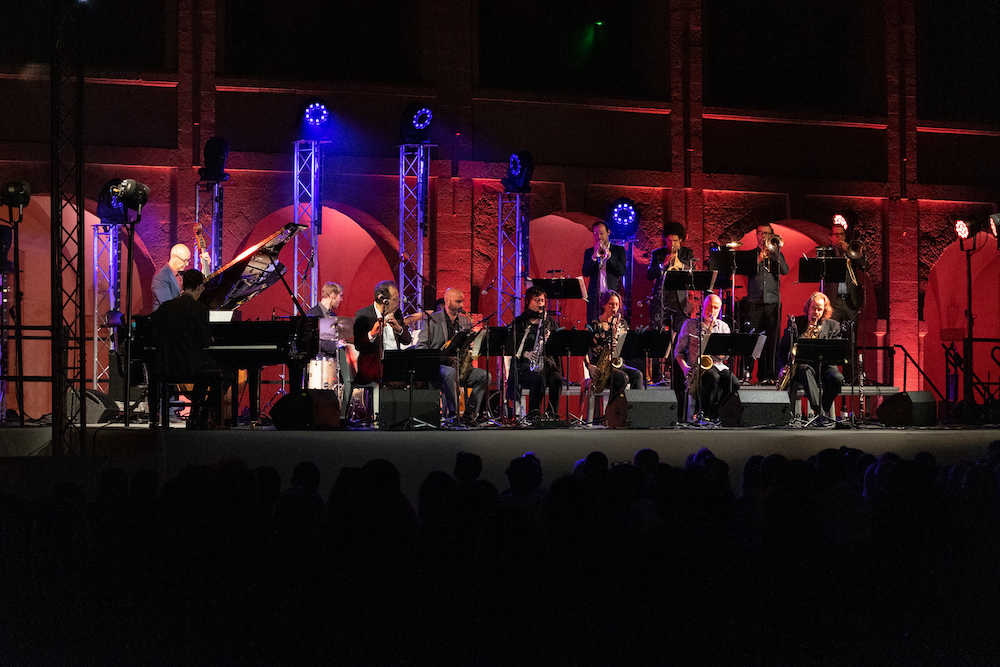 In the second part of the evening, place for the big band led by the Varois Christophe Dal Sasso. This rereading of the album Africa/Brass by Coltrane, which has never been performed live, is more than convincing. We are literally blown away by the reappropriation of the legendary repertoire. The arrangements put the rhythm – the latter enhanced by gwo-ka drums – on a par with the winds. To the three titles that made up the original 1961 suite are added some of the standards that Coltrane made his honey, such as “You Don’t Know What Love Is”.
Between Dal Sasso involved body and soul in the direction, giving some indications to the transverse flute, Bethmann Stone more than moving on the piano, and winds at the cleat (special mention to Geraldine Laurent on the alto sax), without ignoring the rhythm, it is a superb musical monument that is taking shape.

Echoes of Marseille Jazz from the Five Continents