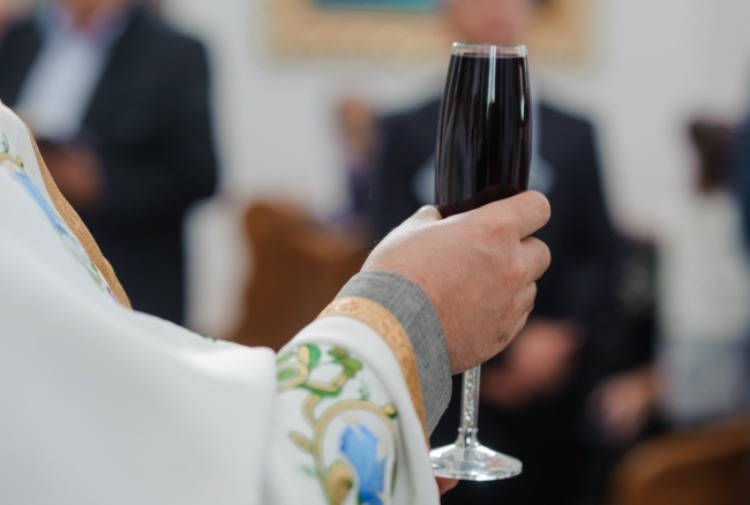 A cycle of events that brings together passages from the Gospels and psalms with Pinot, Champagne and Barolo. For a fee. There are those who get excited and those who have doubts

When he passed the bread and wine that symbolized his body and blood at the Last Supper, Jesus Christ did not charge the libations. Is that perhaps why The vine the shootsthe biblical-enological knowledge course organized by the Roman Diocese, it is talked about with different observations. Anyway, it’s October and we’re off. What does this singular path consist of? In 150 euro registration feewhich gives access to “A journey, between aromas and flavors, anecdotes and curiosities, over four eveningsin the Trieste “district of the capital from 6 October to 3 November. Scope? Rediscovering spirituality by analyzing the episodes of the Bible in which wine is the protagonist, and also the symbolism of the vine from which the branches are generated.

From the wedding at Cana to Barolo. With some doubts

Is the relationship between wine and spirituality in the Bible so fundamental? The scriptures are concentrated in to warn the believer above all against the effects of “scoffing wine” (Proverbs 20: 1). Another criticism of those who have viewed the program in detail: the story of the water turned into excellent wine by Jesus Christ during the wedding at Cana is fine, but that it has to do with Barolo, Pinot Nero and Moscato d’Asti? And how can they be linked to religious teachings and biblical passages? The bond, as will be seen shortly, is very free.

Champagne, Moscato, excerpts from the Psalms and the Gospel

Taking a look at the detail of the program: on October 6 we start from the writing of Isaiah chapter 25, verses from 6 to 9 where “the Lord prepares a banquet of fat food “and we arrive at the Abbey of Cluny with its precious wine production and consequent tasting. Then from the Song of Songs of King Solomon we arrive at the glasses of Saperavi and Pinot Noir. In subsequent appointments: the words of Christ in John 15: 1-8 where he establishes the link with his followers with the citation of the vine from which the shoots come, he lands in a more acrobatic way on the tasting of the Barolo. So we start from Psalm 79 with the quotation of “The Lord’s Vineyard is his people” and we talk about wine as it is represented in the history of art, all punctuated by goblets of Grechetto and Casanese. Final appointment with the arrival of the wine produced by Christ at wedding at Cana (described in chapter 2 of the Gospel of John) from which, recalled the miracle of Jesus, we move on to Champagne and Moscato d’Asti. Allowed to begin with 50 participants. All in the parish of San Saturnino in via Avigliana. Drink, learn, read the Bible and pay the Church. “The path – reads the program – makes the new evangelization its strong point“and is guided by the theologian sommelier Marco Cum. There are those who raise a skeptical eyebrow and talk about purely commercial operationand who answers that the Church has within it about wine, winemaking and its mystical sides, skills that can become shared culture. When in doubt: to your health.

Drink, learn, read the Bible and pay the Church: because ‘The vine and the branches’ makes people talk about themselves

60,000 flower bulbs to be picked planted in the various cemeteries of Chapelle
At 30 euros a night: this is the hotel "oasis" of the Bishopric in Aguadulce
The best “daddy” advice for me
Tweet
Share
Share
Pin