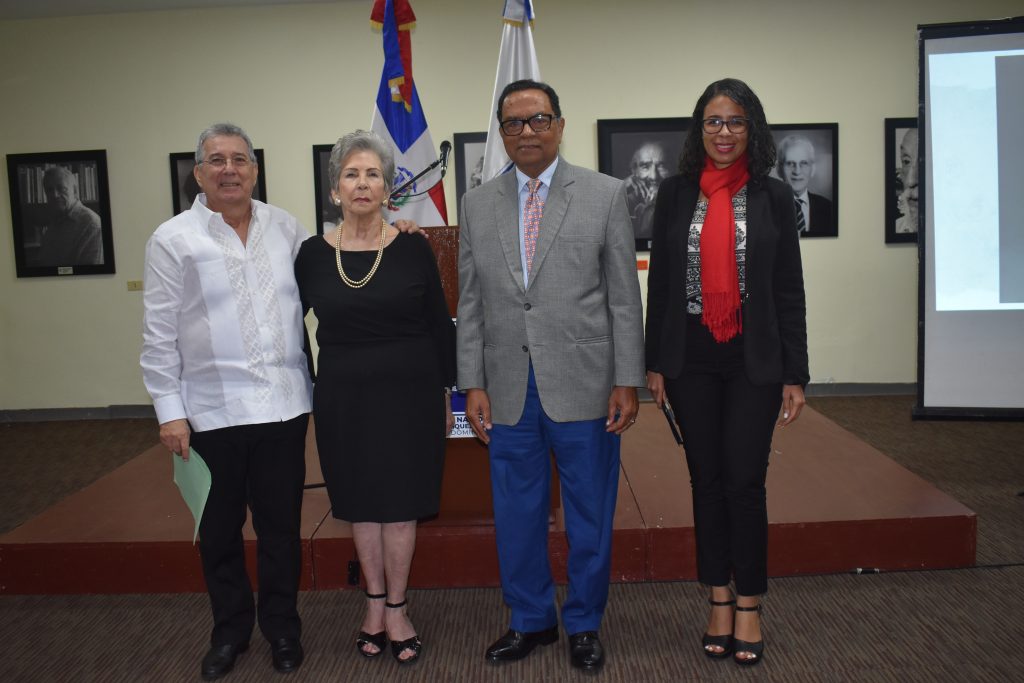 EL NUEVO DIARIO, SANTO DOMINGO.-The writer Lissette Vega de Purcell assured that the Brazilian Clarice Lispector is one of the greatest female writers of the 20th century and criticized that she was not considered part of the boom Latin American literature, together with Mario Vargas Llosa, Gabriel García Márquez, Julio Cortázar.

When giving the conference “An enigma called Clarice Lispector”, in the Aída Cartagena Portalatín Room of the Pedro Henríquez Ureña National Library (BNPHU), Vega de Purcell mentioned among the reasons for not being included in the boom Latin American her status as Brazilian.

He added that “very painfully, Brazil has always been considered a zone isolated from the rest of our Latin American countries, due to its culture and language originating from Portugal.”

Another reason, she assured, was because of her condition as a woman, as well as the innovation of language and certain social and political daring that she expressed in her work Lispector.

Vega Purcell rejected the link between literature and wizardry with the mythology of Clarice Lispector, which is intended to be done through the Internet. “In each of her writings, like siren songs in the Mediterranean Sea, she bewitches the reader to keep him chained to the story until the very end,” said the speaker.

She highlighted that the author of “Cerca del corazón salvaje”, winner of the Graça Aranha Award for the best novel written in 1943, had a style that was impossible to pigeonhole, which she herself defined as a “non-style”, and an unclassifiable work.

Vega de Purcell assured that Clarice Lispector was the owner of a prose charged with poetry “capable of filling the smallest daily event with spirituality”. She pointed out that she was able to masterfully capture banal themes, with a very particular language.

“This is how he created a language that was the “antithesis of ‘belles lettres’ in his imminent effort to achieve ‘transcendental freedom’ by moving away from logic and reasoning,” said Vega de Purcell about the work of the writer Lispector.

The lecturer and writer Vega Purcell mentioned among the characteristics of Lispector’s work “his leaps of meaning; be it between the lines, be it between one paragraph and another, a literary resource defined as “conceptual anacoluto”.

He explained that in the work of the Brazilian writer there is no predominance of the plot, “rather, she inserts sentences and philosophical digressions to reach the essence of being, allowing the plot to be interrupted at arbitrary and fragmentary moments.”

Purcell’s Vega She is an essayist, novelist, poet, columnist, translator, educator. She studied Modern Languages, mentioning French, at the Autonomous University of Santo Domingo and is trilingual.

Among the works translated by Vega de Purcell on art, history and archaeology, whether from English and French into Spanish, or vice versa, are “Tainos. Art and Society”, English version, work of Manuel García Arévalo.

In addition, the work “Fernando Peña Defilló, from the origin to freedom”, authored by Jeannette Miller, in the English version, among others.

Has published “memory gadgets (2018), a compendium of articles and stories published in the national press; the novels “One time. Two lives” and “Thirsty roots – A novel and other delights” (2021).