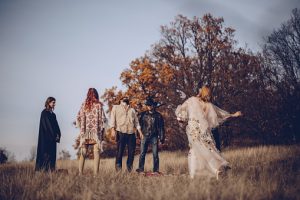 The latest Miviludes report mentions more than 4,000 reports in 2021. Faced with one of the consequences of the health crisis, the government is planning a meeting on sectarian aberrations in 2023.

Conspiratorial communities, health gurus, personal development, well-being, shamans, life coaches, psychocorporal therapists… New forms of sects, using a pompous and empty lexical field, often organizing ruinous pseudo-internships, have grown up in the shadow of the health crisis, pushed by social networks, paradoxically by neglecting the usual field of proper health. This is enough to motivate the government to “wake up” the national body for the fight against sectarian aberrations in France, the Interministerial Mission for Vigilance and the Fight against Sectarian Aberrations, Miviludes.

Survivalism, separatism, radicalization calling into question life in society but Miviludes remains very attentive to the “multinational spirituality” including Scientology or Jehovah’s Witnesses or anthroposophy (set of esoteric beliefs and practices brought together) but also eco-villages that live in self-sufficiency; neo-shamanism, still very present. Or Masculinism, virilism and anti-feminism; but also self-worship or mindfulness mediation that can be “misguided”… The main lesson of the 2020-2021 annual report is the continuous increase, from one year to the next, in the number of reports to the Miviludes: more than 33% between 2020 and 2021, more than 44% between 2018 and 2021 and, finally, more than 86% between 2015 and 2021. The 4,020 reports recorded for the year 2021 represent a record (3,008 reports in 2020 , already up 30% in five years). These figures are all the more alarming to the public authorities as they are only the visible part of a larger phenomenon. An increase in referrals but there are also “many completely undetectable victims. Immersed in a state of dependence and loss of psychic autonomy…”

Of the 4,020 reports recorded in 2021, approximately 20% relate to the field of health, i.e. 744 files, 70% of which relate to non-conventional therapy practices (520 files). Some 10% of referrals concern minors, directly or indirectly (i.e. 396 files). Finally, almost 4% of referrals concern conspiracy and the antivax movement (i.e. 148 cases). These referrals have already given rise to around twenty reports to the Public Prosecutor under Article 40 of the Code of Criminal Procedure. 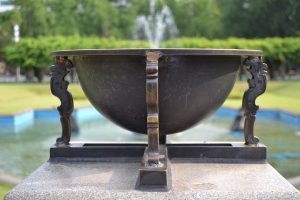 The collective suicides of the Solar Temple in Switzerland and in the Vercors via the giant Buddhas of the Mandarom in Castellane (Alpes-de-Haute-Provence): the 1990s and 2000s had imprinted a collective imagination of specific sectarian movements: communities physically installed in isolated places, cut off from the world with followers living under the influence of a guru, without sharing. Certainly, this kind of madness still exists but, at the same time, the Web and social networks have revealed another dimension to sects, more focused on personal “development”.

There are more sectarian micro-groups, for example, which are difficult to control and flush out. “The health crisis coupled with a social crisis have created an anxiety-provoking climate marked by mistrust, conducive to the destabilization of vulnerable people”, is it written in the Miviludes report (below), noting a “disintegration of sectarian aberrations in areas much broader than spirituality, such as health”. It is also noted that there are more and more sectarian aberrations concealed behind an associative status. “A significant number of sectarian groups adopt an associative structure and enjoy a perfectly legal status (…)”

The latest report notes the permanence of the “spiritual multinationals” that are Scientology and Jehovah’s Witnesses. These organisms – clearly identified by the institutions – continue to be the subject of numerous reports.

The report underlines a general evolution of the sectarian phenomenon, highlighting the multiplication of small structures in the fields of health, well-being and food. Unconventional therapies have developed in the context of the health crisis and carry a significant risk in terms of public health.

The report also notes the proliferation of “gurus 2.0”. They are isolated and autonomous manipulators who spread their doctrine on social networks. This news strongly affects the youngest – especially minors, who are very vulnerable – who are major users of social networks.

Assizes of sectarian aberrations and conspiracy

Faced with these observations, Sonia Backès, Secretary of State in charge of Citizenship, will hold at the beginning of the year 2023, the first meetings of sectarian aberrations and conspiracy. These meetings will bring together State services, political leaders, scientists, experts as well as associations involved in the fight against sectarian aberrations and conspiracy.

This event will pursue three objectives. Sensitize public opinion to sectarian aberrations; create new forms of cooperation promoting the identification and reporting of sectarian aberrations; develop a multi-year action plan to adapt our organization and our legal arsenal to the evolution of the phenomenon. For Sonia Backes, “The problem of sectarian aberrations, in addition to being a subject that affects me personally, represents a major danger of separatism and public health. The report of Miviludes shows us that the sectarian phenomenon increases in France and is reinforced by the modification of its structure. The State’s response must change scale if we want to offer effective solutions. I therefore intend to adapt the action of the State, emerging from the assizes of sectarian aberrations and conspiracy, in order to be able to benefit from all the tools necessary to effectively combat this scourge”.