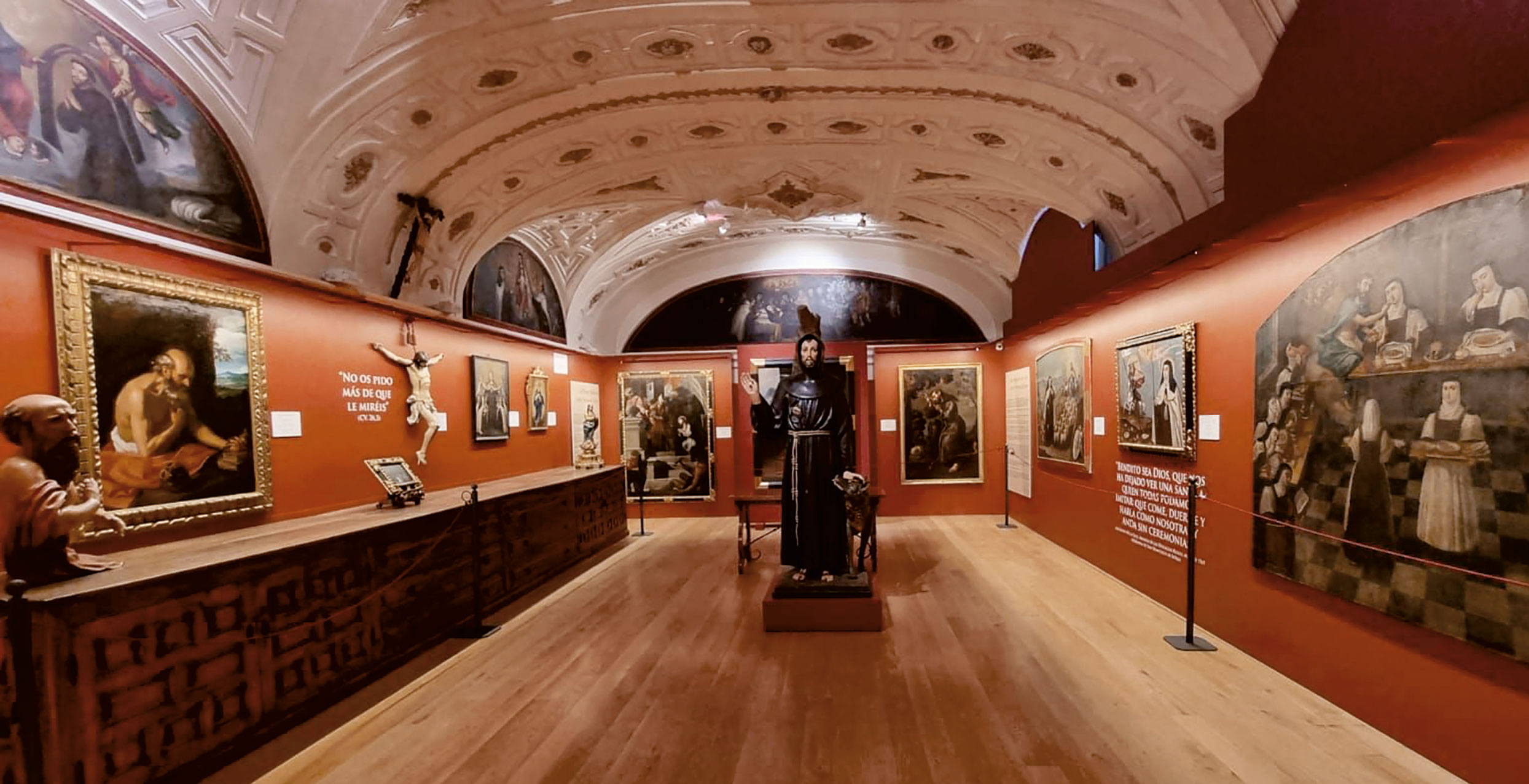 By Teresa de Jesús (Ávila, 1525-Alba de Tormes, 1582) there is always something new to discover, something new that dazzles us. “Saint Teresa is like a fountain that is always flowing, sprouting, and we always find in it new nuances, new treasures to discover. When it seems that everything has been studied and said everything about it, it turns out that this is not the case, ”he explains. Miguel Angel Gonzalezprior of the Order of the Discalced Carmelites in Alba de Tormes and in Salamanca.

The great exhibition Teresa de Jesús: mujer, santo, doctora –in the Monastery of the Annunciation in Alba de Tormes (Salamanca), where the tomb of the saint of Ávila is located– is the testimony that Teresa de Jesús does not stop talking to us and transform us. “After seeing the exhibition –says the prior–, the saint tells each one of the visitors: you have become rich, I have taught you how I am as a woman, as a saint, as a doctor; and, with the guiding thread of this exhibition, you have learned to be freer, more educated, more courageous and combative, more peaceful and pleasant, more spiritual, more human, wiser”.

To such an extent is the “totally fresh and current spirituality” of the Carmelite manifested that “in the visitor there is a before and after seeing this exhibition”, adds González, also a curator of the sample from Alban, who brings together more than two hundred works of painting, sculpture, clothing, goldsmithing, documentation of great value, objects linked to Teresa de Jesús, pieces belonging to the CARMUS Museum – the Carmelite sacred art museum, also based in Alba de Tormes – and other arrivals from different Carmelite centers in the country dated between the 16th and 21st centuries.

The expository speech begins with the “walk together” of the Path of Perfection (1554-1567) and a sculpture of Teresa de Jesús with open arms. “It is the saint herself who tells the visitor: ‘Come with me, I’m going to show you how I am as a woman, as a saint, as a doctor,’” confesses Miguel Ángel González. And it closes with a contemporary sculpture that portrays the saint in a wandering attitude. “Together let’s walk” already has another meaning. She now tells each visitor that all this baggage, all this spiritual and cultural wealth, you take with you to the path of your life. That is to say, the holy wanderer now accompanies you on the path of your life so that it may be fuller”.

The prior of Alba de Tormes states that it is Teresa de Jesús herself who talks with the visitor in the exhibition. “All the works have a Teresian theme, but the most striking thing is that a personal encounter takes place, a conversation with Saint Teresa. That is the feeling that the visitor has. And that is what was intended. We experience her living presence and, therefore, she has the impression that it is Teresa de Jesús herself who accompanies her on the tour and who transmits what she is like”.

The exhibition arose –and thus it was presented at Fitur– to commemorate the fourth centenary of the saint’s canonization (1622) and the first centenary of her honorary doctorate from the University of Salamanca (1922). It was a project born in Alba de Tormes that was looking for –and thus has found– an extraordinary projection. And its doors will remain open until January 25, anniversary of the Carmelite foundation in Alba de Tormes, the eighth of Saint Teresa, which also had the presence of Saint John of the Cross.

Confidence with Teresa of Jesus