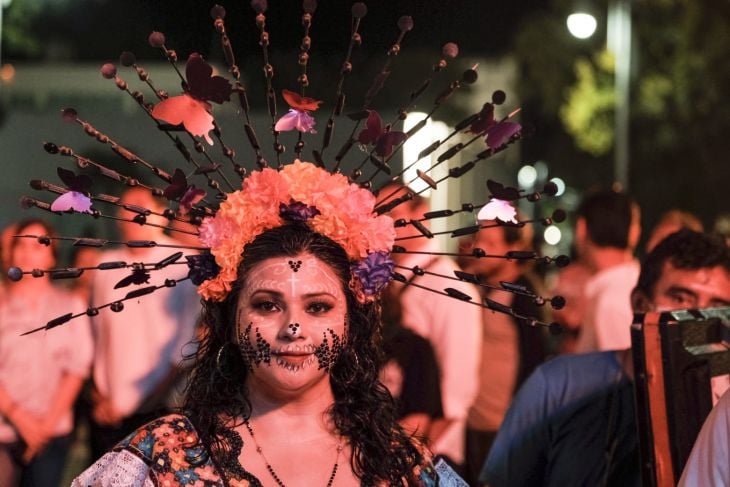 “In this government we work to rescue our traditions and customs, and that they be an additional attraction that makes more people visit us and stay longer in Quintana Roo,” said Governor Mara Lezama Espinosa when participating Tuesday night in the Paseo de las Ánimas and in the Janal Pixan program, on the esplanade in front of the Chetumal Government Palace.

Addressing the thousands of people who gathered to participate in this traditional event, the governor affirmed that her government is working so that our roots are not just a souvenir, a memory, a decorative element at home for tourism, but that they mark the essence of our people and our community.

“That more people know the south, that they come to Chetumal, and discover all the mysticism that exists in our archaeological remains that will very soon receive a historic investment, one billion pesos, which we managed just a couple of weeks ago,” Mara Lezama quoted. dressed in the traditional huipil and facing the bay of the state capital.

Accompanied by families from this capital, Mara Lezama participated in the Paseo de las Ánimas that started from the Museum of Mayan Culture to the civic plaza of the Government Palace, where altars were installed, works of art by women entrepreneurs and that show the magic that exists in our land and the warmth of a people that feeds and preserves the most beautiful traditions.

Before touring the stands and cultural displays, the governor said that it is an important date, the day our deceased return home, when the souls return to hug their daughters, sons, granddaughters, grandchildren, widows and widowers, sisters and brothers.

“This tribute to celebrate the lives of the deceased is a small offering and a great cultural treasure. It is living history, collective memory, spirituality that is based on the diversity of our land and our people”, she stated.

The Janal Pixan exhibition included the cutting of the bread of the dead, tour of seven altars from participating schools, which were awarded. Third place went to the Center for Technological Studies of the Sea (Cetmar); second place the Institute of Higher Studies for Competitiveness and Development of America, and first place the Autonomous University of Quintana Roo (Uqroo).

Mara Lezama toured the exhibition of women entrepreneurs and the craft exhibition. The Folkloric Ballet of the Institute of Culture and the Arts participated, as well as cultural groups from various groups.