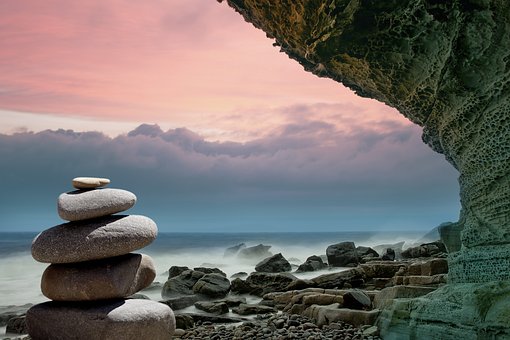 He accedes to the throne after more than half a century as heir, a long wait that he has dedicated to philanthropy, spirituality and his commitment to the environment

Charles of England, the new British king after the death today of his mother, Elizabeth IIaccedes to the throne after more than half a century as heir, a long wait that he has dedicated to philanthropy, spirituality and his commitment to the environment.

Carlos Felipe Arturo Jorge de Windsor, born on November 14, 1948 at Buckingham Palace and destined to reign from the age of three, must decide before his coronation if he maintains the title of Carlos III as monarch, or if he changes his name , as four of the last six British kings have done.

Charles, 73, could renounce a name linked to one of the most turbulent stages of the British monarchy and crown himself George VII in honor of his grandfather, George VI (1895-1952), who has already renounced the name of Albert with the one who was baptized.

The eldest son of Elizabeth II and the Duke of Edinburgh has been the heir since his mother acceded to the crown, in 1952, and has already gone down in history as the candidate who has waited the longest to become monarch of the United Kingdom and part of the former colonies of the British Commonwealth of Nations (Commonwealth).

His public life has been marked by the gray years that followed his separation in 1992 from Diana of Wales, mother of his two children, Princes William and Harry, as well as his relationship with Camilla Parker Bowles, whom he married in 2005. in a civil ceremony that the queen did not attend.

The Duchess of Cornwall, who in principle will be princess consort after Charles’s coronation, has overcome the unpopularity she had among the British during the first years of public relations with Charles, largely thanks to the support that William and Harry have shown to the new life of his father.

Death of Diana of Wales

Diana’s death in 1997, in a car accident in Paris, was a blow both to her children and to Charles, who traveled to France with the princess’s two older sisters to repatriate the body to the United Kingdom.

Carlos had married the princess in July 1981 at St. Paul’s Cathedral in London, in one of the most important royal weddings of the 20th century. On the day of Diana’s funeral, Carlos accompanied her two sons, aged 15 and 12 at the time, as they walked behind the coffin in the procession that led to Westminster Abbey.

Carlos dedicates his days to managing the more than twenty non-profit organizations he directs, an intense activity that he combines with his official agenda. Precisely, his foundation has recently been entangled in several scandals of alleged corruption, for receiving millionaire donations in exchange for facilitating the granting of titles.

Carlos, reluctant to silence his opinions

While Isabel II has maintained extreme caution during her reign when expressing her personal opinions, Carlos has been characterized in recent decades by his vehemence in the defense of humanitarian and environmental causes, as well as in the promotion of medical remedies. outside the scientific circuit. Carlos, always reluctant to silence his opinions, has raised various controversies over the years for his statements with a markedly honest tone, a characteristic that his advisers advise him to moderate in order to approach the impartiality of his mother.

He recently made it known that he disagreed with the Conservative government’s policy of deporting asylum seekers who entered the country illegally to Rwanda. The former Prince of Wales has made a difference in the British royal family since his childhood, when at the age of nine he became the first heir to the throne to attend school, rather than being educated by private tutors at Buckingham Palace.

In 1966, Carlos spent several months as an exchange student at a school in Melbourne, Australia, before entering the following year at Trinity College, Cambridge University, where he studied archeology and anthropology. After graduating, he spent a semester at Aberystwyth University learning Welsh, before taking up his seat in the House of Lords in 1970 and beginning his training as a pilot in the Royal Air Force (RAF) in 1971. .

Carlos is a nature lover, a regular on long walks through the grounds of Birkhall, his Scottish residence, and a persistent reader of religious and philosophical works. He has also shown an interest in sports – he was a polo player until 1990 – as well as arts and music, which he promotes through various charitable organizations.


Carlos is the new king after the death of his mother, Queen Elizabeth II